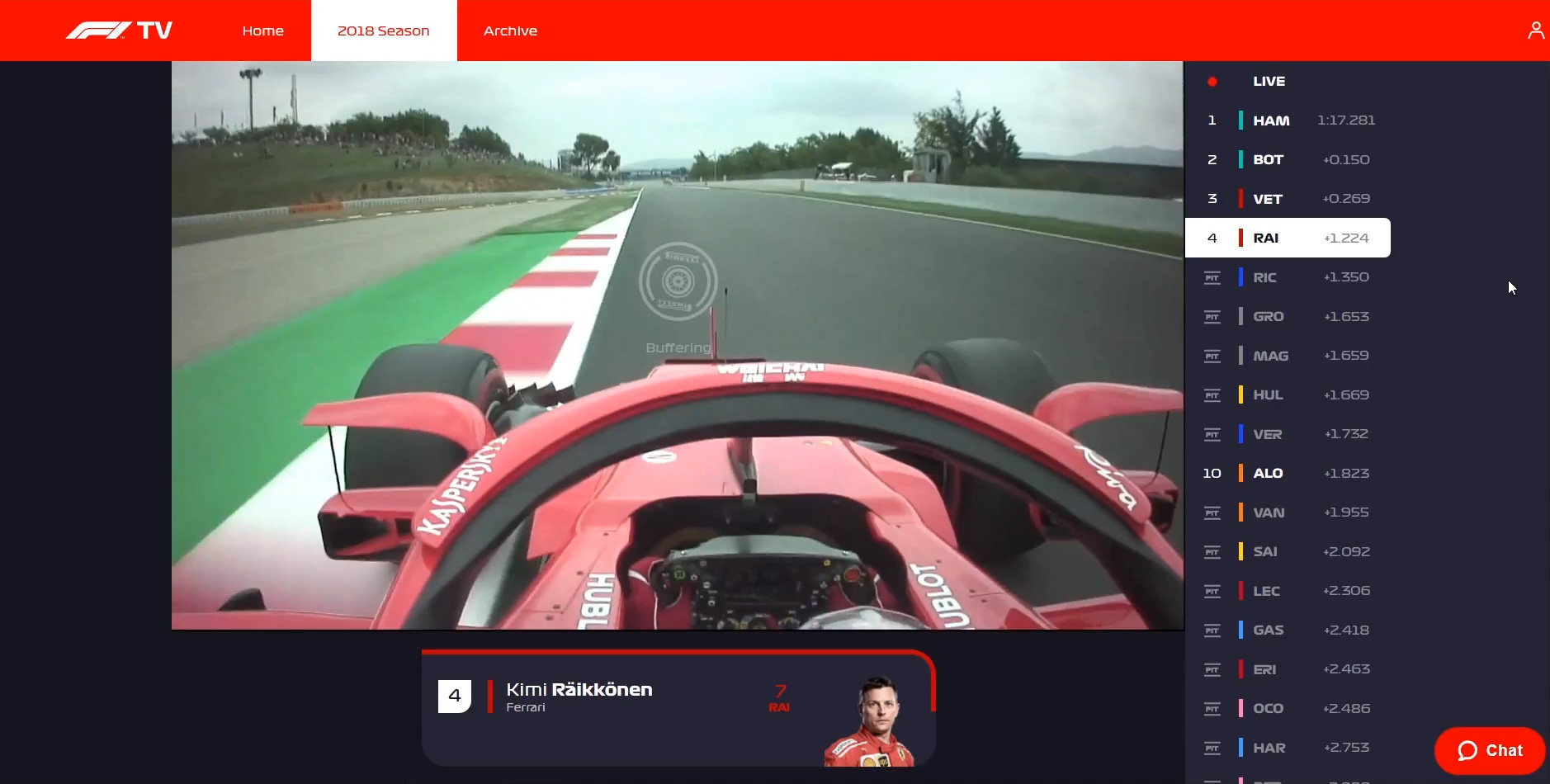 Formula One Management has begun an urgent investigation into the problems which plagued the launch of its F1 TV service last weekend, RaceFans understands.

Fans who tried to watch the Spanish Grand Prix using the new live streaming service experienced buffering problems (pictured) and other faults which rendered the stream unwatchable for some. F1 says it has already offered refunds to customers who were affected.

F1 TV presents a significant technical challenge. It involves broadcasting two dozen live streams in 1080p HD quality from a range of different international locations, while also ensuring the footage can only be accessed in certain regions.

FOM has enlisted the services of several different suppliers to deliver F1 TV. The problems it has experienced are understood to involve making those technologies work together seamlessly to deliver live playback.

F1’s punishing schedule offers little time to implement fixes. The next live session begins in nine days in Monaco. After that the series moves on to Canada, then returns to Europe for five races within six weeks.

According to FOM the problems it encountered last weekend “only affect customers during live playback.”

“All sessions from this weekend’s Spanish Grand Prix will be available to enjoy on-demand including all onboard cameras and full team radio,” it added. “Full replays are available to F1 TV Pro customers, or F1 TV Access customers in selected territories.”

F1 TV has already suffered delays. Its planned launch for the beginning of the 2018 F1 season was postponed by four races when FOM realised it wouldn’t be ready for the opening four ‘fly-away’ rounds.

This is what we see till minutes. Everytime it starts at the same. #F1 #F1TV #SpanishGP @f1 @Circuitcat_eng pic.twitter.com/BcIk9kkaXn

Next day and again #f1tv is not useable. Tell me @F1 – what exactly was it i pay for? Creating a buffering animation i can do on my own as Motion-Designer. #sad #f1 #f1tvpro pic.twitter.com/xVjxStlWrP