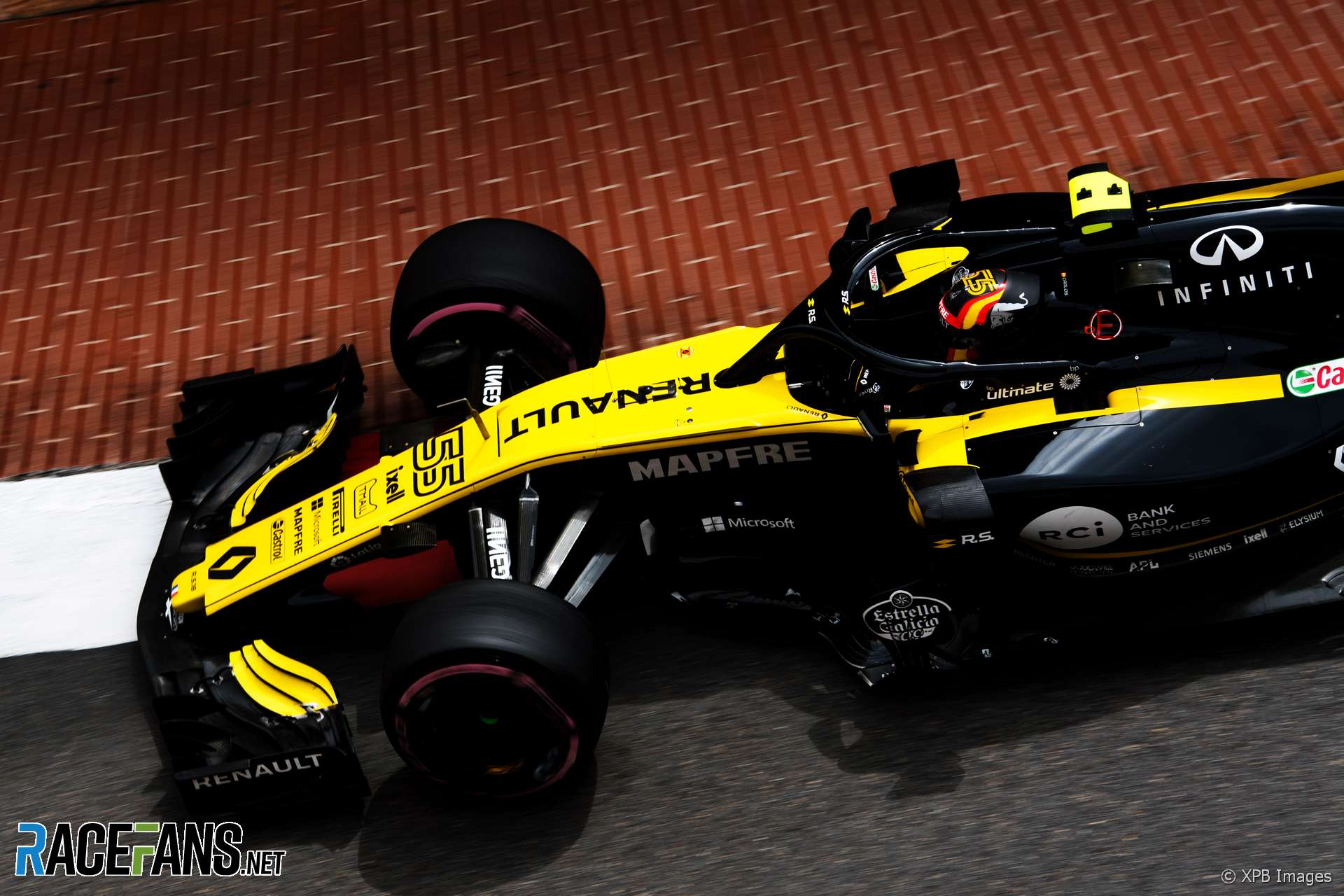 Drivers will find it much harder than expected to run a one-stop strategy in the Monaco Grand Prix, according to Carlos Sainz Jnr.

Before the race weekend Pirelli said they expected the new hyper-soft tyre would be very durable. However after the first day of practice Sainz and other drivers reported degradation was much higher than expected.

Sainz described the hyper-soft as “difficult” but “very fast”.

“I think a lap record [being broken] on Thursday is quite special around Monaco,” he said. “It shows I was not very wrong when I said it was going to be fast.”

“And [there’s] a lot more deg than we were expecting, to be honest. I expected the tyre to last a bit more and it’s degrading quite a lot out there.”

However Sainz doubts the degradation will be severe enough to make overtaking possible around the tight Monaco circuit.

“I think strategically this track has to be a one-stop for overtaking purposes,” he said. “But [it’s] a lot tougher than I think what we all expected after seeing the degradation that we had today.”

Sainz also revealed he clipped a barrier while trying to manage the degradation on his tyres during one stint.

“It was in the long run, it was more a little loss of attention, maybe letting myself run a bit too wide and touching the barriers than really pushing too hard. I was just nursing the tyres and touched the wall. It was a bit of a wake-up call.”