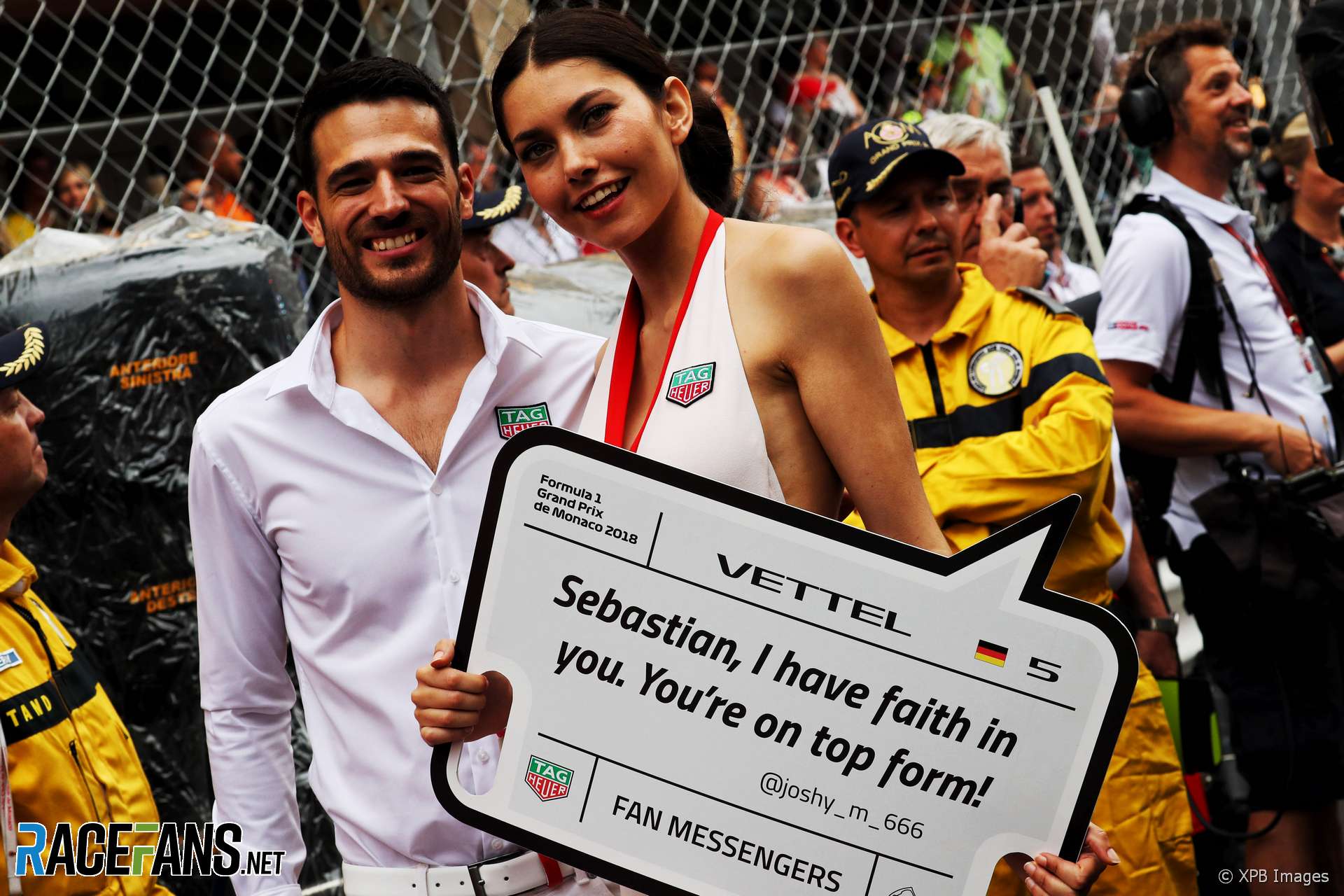 Before the season began Liberty Media announced it was ending the practice of using grid girls as promotional models in F1.

Soon afterwards it launched the Future Stars initiative with the FIA to bring young, aspiring racing drivers onto the grid.

At the Monaco Grand Prix the grid girls were apparently back, to the surprise of many. But this was no U-turn on FOM’s part – rather it was the result of an accommodation struck with the Automobile Club de Monaco which promotes the race, and a sponsor.

The ACM raised concerns with FOM following its announcement that grid girls would no longer appear at F1 races. The ACM pointed out it had a pre-existing arrangement with sponsor TAG Heuer to feature promotional models on the grid.

FOM’s position was that anyone present on the grid had to have a specific, legitimate function. To satisfy this, the ACM and TAG Heuer proposed the solution of using the models to present messages shared by fans.

Both grid girls and guys would be used. This was not an innovation for Monaco, which had done the same three years earlier.

So the Monaco Grand Prix featured the ACM’s grid girls and grid guys, in addition to the 14 grid kids arranged by FOM and FIA.

The nature of the TAG Heuer promotion attracted further attention on social media when it was noticed that the messages they had shared from fans could not be found on an Instagram post where TAG Heuer invited them. This prompted claims the messages had been faked.

However TAG Heuer also ran its promotion as a sponsored post which attracted far greater feedback. Many of the comments which were published were drawn from here, but were not immediately obvious to those who went looking for them.

Will Monaco’s compromise solution prove to be a one-off just for this race or is it the shape of things to come?

Promoters have given strikingly different responses to the FOM’s decision to stop using grid girls. Some have welcomed the change. But at least one other race promoter has expressed a desire to continue having grid girls.

For the latter, this approach is likely to have caught their eye.