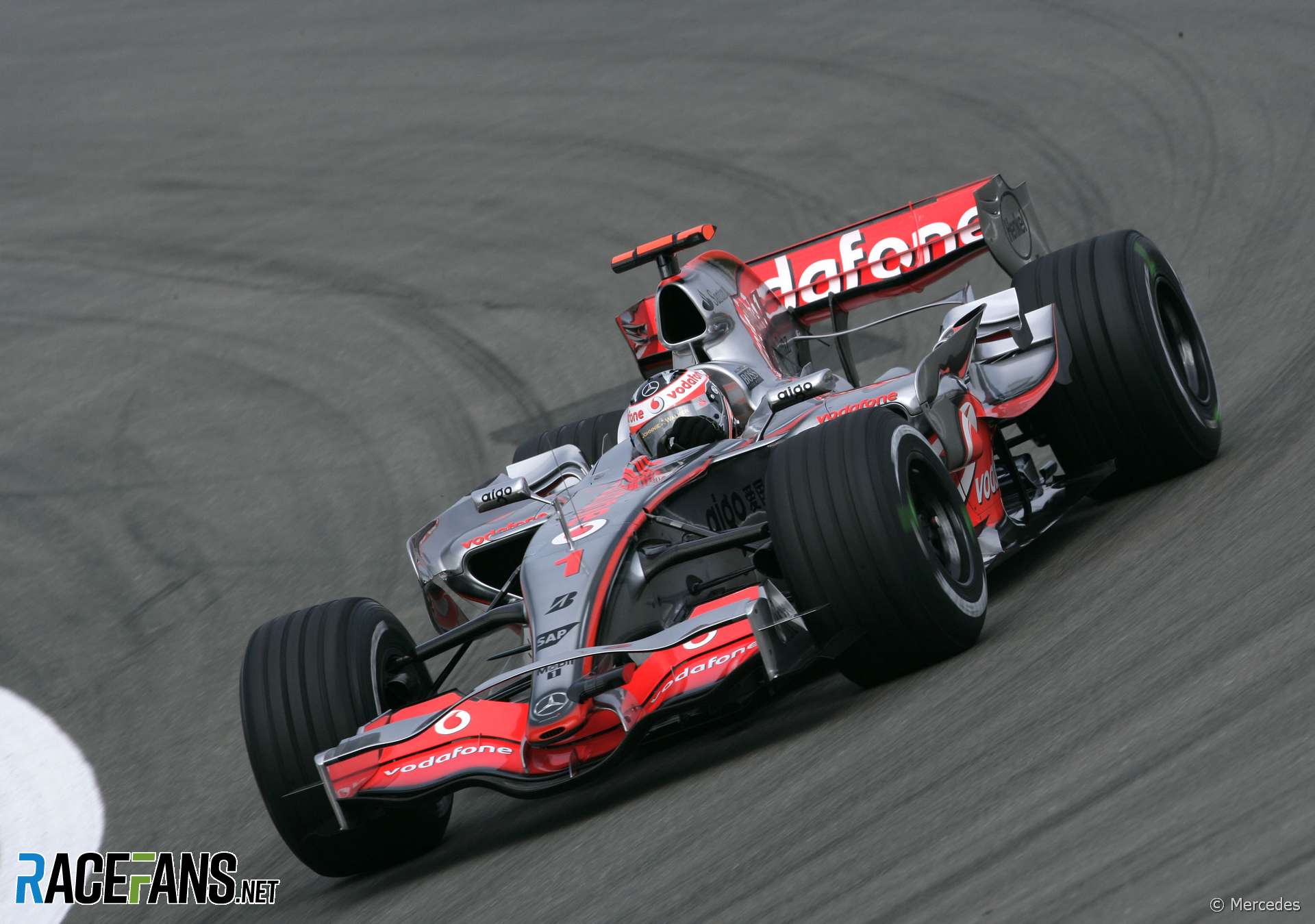 In the round-up: Fernando Alonso says the last time he had a car capable of competing with the championship-winning team was during his first spell at McLaren in 2007, before he joined Ferrari.

Alonso was asked whether, having spent the last four seasons in a car which wasn’t capable of winning the championship, he was willing to accept that for another year.

I think it has been up and down. I think the last possibility of the last championship car we had was 2007. The rest has been always quite far off from the performance of the top, winning team that season. So I’ve been years after that moment. I don’t think that is a problem.

I think the biggest thing for me is to think the direction that Formula 1 goes. I don’t think too much how competitive we will be next year, it’s impossible to predict, it’s just about the sport.

I love this circuit. It’s one of the best on the calendar. BUT as ever, things getting more and more challenging every year for #F1 photographers. Photo hole at the wall of champions is now gone. There used to be one where guy on the right is standing. Shame. pic.twitter.com/PWbGbpKq4B

Taking a moment to remember Leo Wybrott, who sadly passed away yesterday. Leo was part of the McLaren team for many, many years, with his son, Adrian a part of our current team too. Our thoughts are with his friends and family. pic.twitter.com/BGGAdk1KCJ

50 years ago today, I was in Spa-Francorchamps and captured the moment when history was made: Bruce McLaren, driving his own car, scoring McLaren's first Formula One Grand Prix victory! Epic! pic.twitter.com/o7IH5BI1ID

F1 not a true championship without Germany, says Rosberg (Reuters)

"Without a German race I struggle to see it as a real world championship."

Nico Hulkenberg: "There was probably more in me and a couple more tenths out there to extract in Q3. "

Paddy Lowe: "The cars were as balanced as possible and we got the most out of them, but unfortunately the car simply does not have the pace that we need to compete for higher positions, for the same reasons that we have suffered with all year."

"Rich Energy’s offer is understood to be just shy of £100 m, down from the £150 m offer originally tabled, after due diligence threw up snags, including various creditors who have yet to be paid. One of those creditors is engine suppliers Mercedes, believed to be owed roughly £13 m."

Someone mentioned in the comments a couple of days ago Monza and Imola sharing the Italian Grand Prix, and I think that could be a good way to alleviate this situation. It seems to work for the Nurburgring and Hockenheim at least (I seem to remember Hockenheim complaining about having to shoulder the burden alone after Nurburgring reneged).

This is speaking as someone who loves Monza, if having the event biennially is the price to pay for the financial stability then it’s better than seeing it gone completely. Obviously fixing the circuit contracts generally so independent entities can afford it would be preferable, but I’m not sure Liberty are prepared to take that much of a hit.
@George