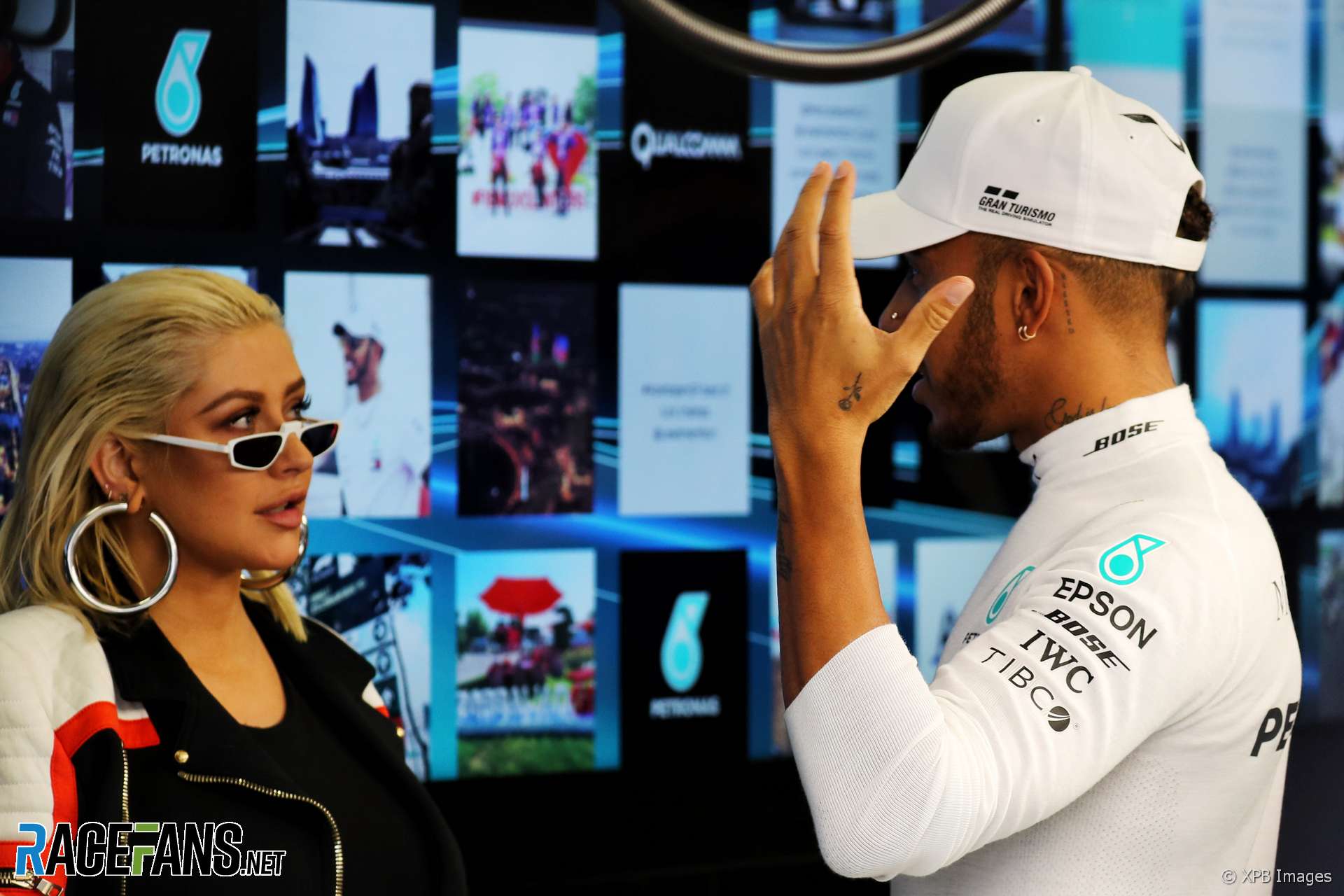 Lewis Hamilton refuses to confirm whether he has made his musical debut on Christina Aguilera’s new album Liberation.

Hamilton is widely reported to have performed on Aguilera’s song ‘Pipe’ under the pseudonym XNDA. However he refused to answer questions about the song when asked about it ahead of this weekend’s Austrian Grand Prix

“In the last race I was like it’s not something I really want to speak about. I’m here to focus solely on trying to win the championship.”

Aguilera attended the Azerbaijan Grand Prix earlier this year, which Hamilton won. Hamilton has previously revealed an interest in creating music and said in 2015 he had often stayed in the studio until late during race weekends.

You know I got a wild imagination
I like to play the doctor, operation
Spread it on the bed like a patient
I’m about to show you domination
Got the ‘nana drippin’ like a waterfall
Ooh, that ‘nana good, I could eat it all
I’m a dive in, touch the ocean floor
You already know what you came here for
You know that I’m grown and I’m ’bout it
And I know what to do wit’ ya’ body
Every single time that you drop it
Trust me I know what to do with it