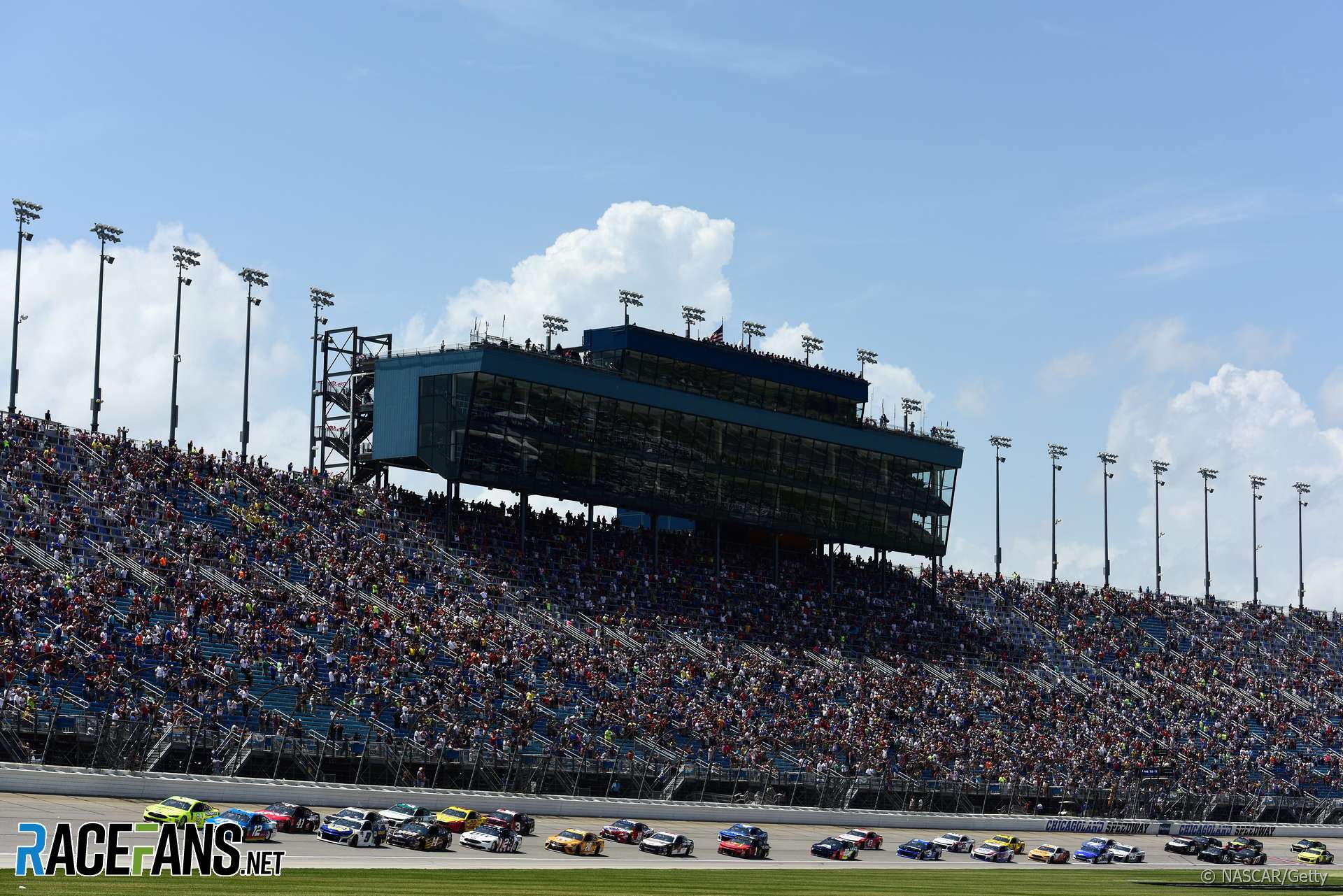 Catch up on video highlights of last weekend’s racing action in Weekend Racing Wrap including a dramatic NASCAR finish in Chicago, success for ex-F1 drivers in Super GT and a controversial finale in the World Rallycross Championship.

Johan Kristoffersson arrived at his home round having won four of the first five rounds of the World Rallycross Championship.

Show World Rallycross Championship race report
Kristoffersson dominated proceedings as usual but there was controversy on the last lap of the as Mathias Ekstrom and Timmy Hansen collided. Ekstrom was given a penalty for the clash which dropped him to sixth.

The 17th race of the 2018 NASCAR series – still one race shy of halfway through the championship – began with Paul Menard on pole position for a 267-lap encounter at Chicagoland.

Show NASCAR Cup race report
Kyle Busch won after driving into the back of Kyle Larson on the final lap of the race. A few moment earlier Larson had made contact with Busch to take the lead from the driver who had led from the 209th lap. Busch’s fifth win of the year means he now has as many wins as Kevin Harvick.

As if you needed any excuse to watch this race again?

The #DutchGP was an instant classic 👏 pic.twitter.com/O7GyN5tzoF

Marc Marquez scored his fourth Moto GP victory of 2018 in a thrilling encounter at Assen. The Honda rider now holds a 41-point lead over Valentino Rossi in the standings.

Max Verstappen scored his first Formula 1 victory of 2018 after both Mercedes hit trouble in the Austrian Grand Prix.

F1 concludes its triple-header of races at Silverstone this weekend, supported by F2 and GP3 again. Elsewhere IndyCar heads to the Iowa oval, Euroformula Open will race at the Hungaroring and NASCAR returns to Daytona for its second race at the track this year.