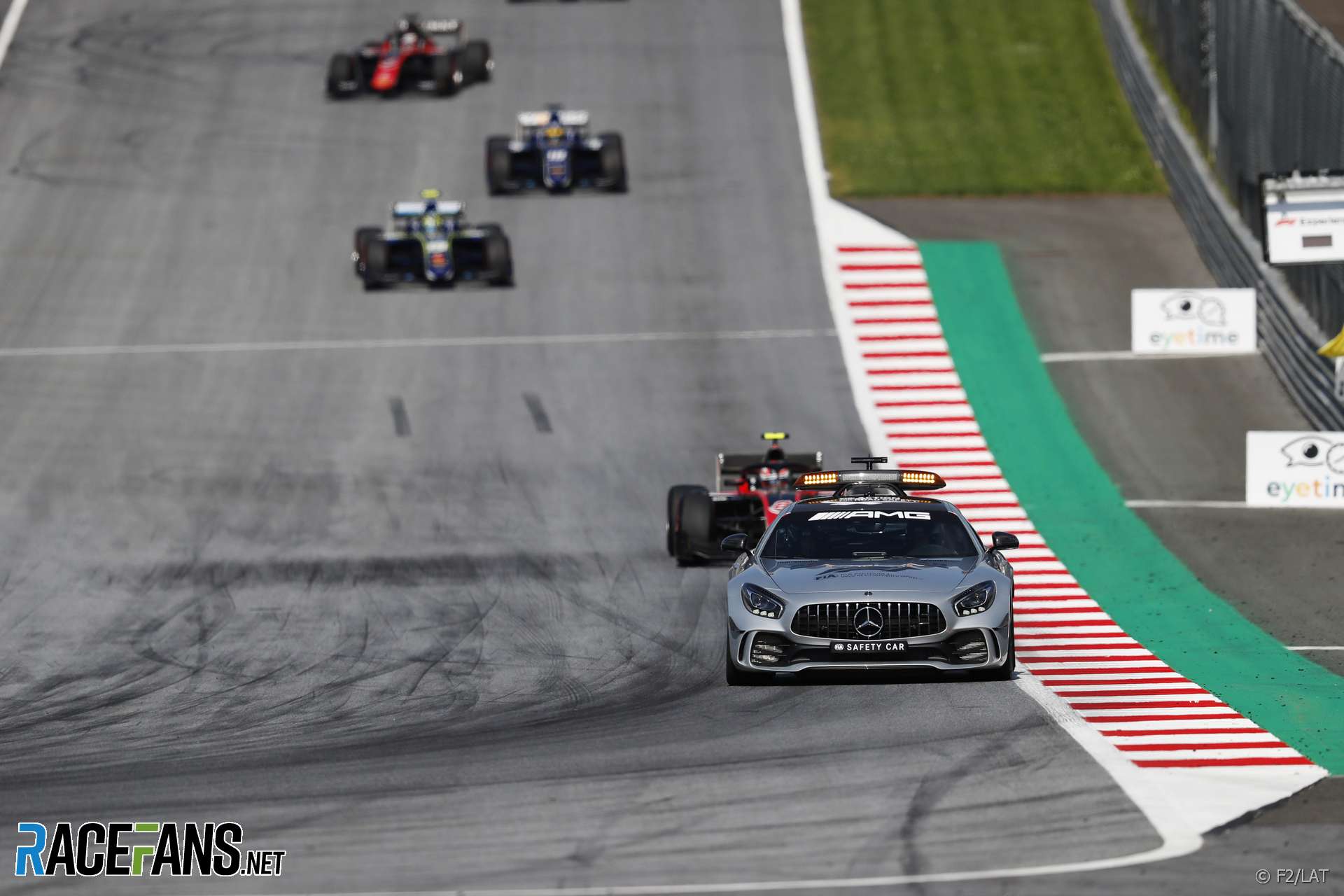 The FIA feared it would “run out of luck” if it did not use rolling starts for last weekend’s F2 races following the repeated problems drivers have experienced with cars stalling.

Race director Charlie Whiting explained why the championship imposed the use of Safety Car starts instead of rolling starts at the Red Bull Ring last weekend.

“We know there was a clearly identified problem,” he told media including RaceFans. “The F2 guys are not confident they can fix it before a date the break after Silverstone.”

Many drivers stalled the new-for-2018 cars in the opening 10 races of the season. Several attempts to fix the fault have been made without success.

The organisers announced on Friday before last weekend’s event that rolling starts would be used at the Red Bull Ring and the upcoming races at Silverstone. They cited a lack of time to fix the problem during the current run of three consecutive race weekends.

Whiting said the use of rolling starts was “not ideal if you like watching a standing start” but said it didn’t detract from the racing.

He also denied the change was a reaction to the huge crash involving Dan Ticktum and Ameya Vaidyanathan in a Formula Three race at the Norisring the previous weekend (below).

“It’s nothing to do with the accident we saw in Norisring,” said Whiting. “It’s all about what we saw at Paul Ricard. Three cars each time stalled at the beginning of the race.

“And I just didn’t want to run out of luck. That’s really what it is. If there had been an accident you could argue it would be difficult to actually defend [having a standing start] because we know there’s a problem and the drivers tell us it’s very difficult.

“You saw in the first race drivers were finding it hard to get away from the pit stop. when they all came in when the Safety Car was out. That’s what caused a bit of a kerfuffle in the pit lane because they had to be very careful. And you can’t do that at the start of the race, you’ve got to go for it.

“Of course some drivers were not very happy. They felt that they’d worked hard on their starts, et cetera. But a lot of them said it was the right thing to do.”

Whiting added he intends to review the procedure for approving technical changes in the former GP2 series, which the FIA took over in 2017.

“As you know it’s a little bit different because we inherited the whole infrastructure once it became Formula Two,” he explained.

“I think we might need to review how we go about getting the technical things sorted out because it’s taken a little while. I think we’ve got to have a good look at that.

“It’s a brand new car, brand new engine, I get that, with limited amounts of testing. But still it’s dragging on a little longer than we would like.”