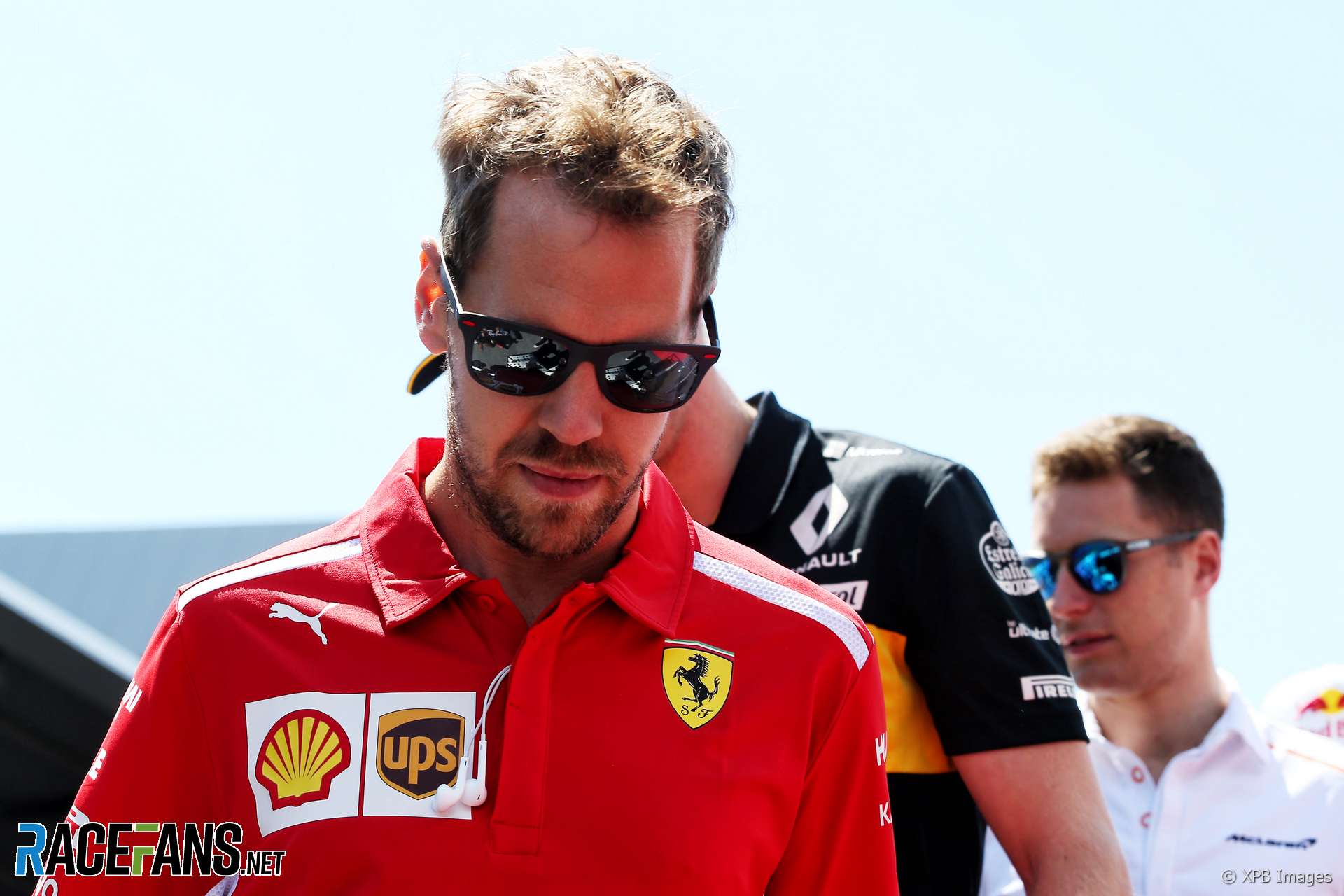 Vettel was given a three-place penalty for impeding Carlos Sainz Jnr during Q2, despite the fact the incident did not prevent Sainz from progressing to Q2.

He told media at Silverstone that penalties are being issued too frequently in F1 for incidents which should go unpunished.

“In my point of view motorsport is not black and white so naturally not every decision can be the same,” he said. “And I don’t see the necessity to decide every time.

“But that’s what the sport has developed into. Every incident needs to be looked at. So racing incidents for some reason are not allowed to happen any more so we end up with a massive rule book which I think could have the header ‘we are not allowed to race’ because sometimes that how it feels.”

Vettel believes he should not have received a penalty because Sainz was not disadvantage.

“In that situation in quali nobody was hurt. Carlos said it was no problem and he completely understood, he was very chilled. And still it ended up with a penalty.

“Obviously for me it sucked on the day. Probably it will suck for somebody else some point in the season.

“I just think that all these things are unnecessary because sometimes it’s not that you lose your mind or you do something crazy because you intend to but you try to push the limit and sometimes you might make mistakes. It’s happening everywhere else. I think there’s a trend everywhere else that things are being investigated, I really don’t like the word but that’s what it is.”

The stewards acknowledged Vettel had been unaware Sainz was catching him because his team had not warned him about the Renault. But Vettel said he does not blame his team for the error.

“There’s so many things that happen throughout the season. I think for us it’s a matter of time, we need to remain patient and just move forward, do the races that are in front of us, enjoy them.”