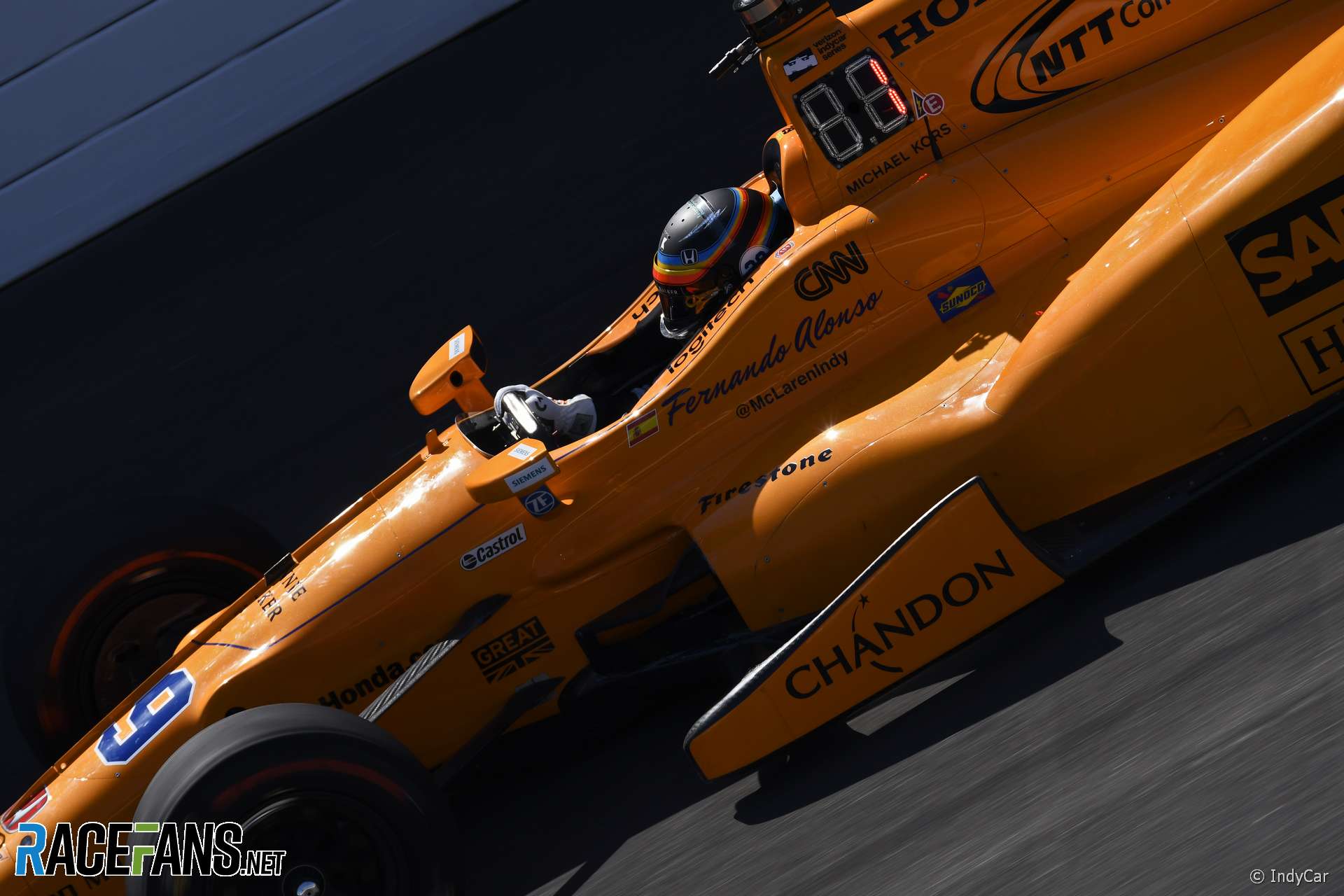 McLaren has not given up on running a full-time IndyCar entry next year despite the upheaval at its Formula 1 team following the departure of Eric Boullier.

The team has announced a restructuring of its F1 operation following Boullier’s resignation this week. IndyCar champion Gil de Ferran, who joined McLaren earlier this year and was tipped to be part of its mooted IndyCar programme, has been made sporting director of its F1 team.

In response to a question from RaceFans at Silverstone today McLaren Racing CEO Zak Brown said the team is “laser-focused on Formula 1 right now.” However he added he hasn’t ruled out expanding into IndyCar next year.

“No we still haven’t made a decision,” he said. “We have some time so right now we’re just not focused on thinking about it. We’ll pick that up when we need to make a decision.

“I’ve seen it reported that we’re not [entering IndyCar], but no decision has been taken.”

Brown also indicated Fernando Alonso could be part of their IndyCar plans.

“I think anything’s possible as far as what Fernando could drive next year,” he said. “Right now we’re very focused on being in the moment.

“He definitely wants to win the triple crown, we’d like to do that with him. So I’d say if that’s possible for next year given where everything is right now we’re night quite shifted towards who’s driving what next year.”