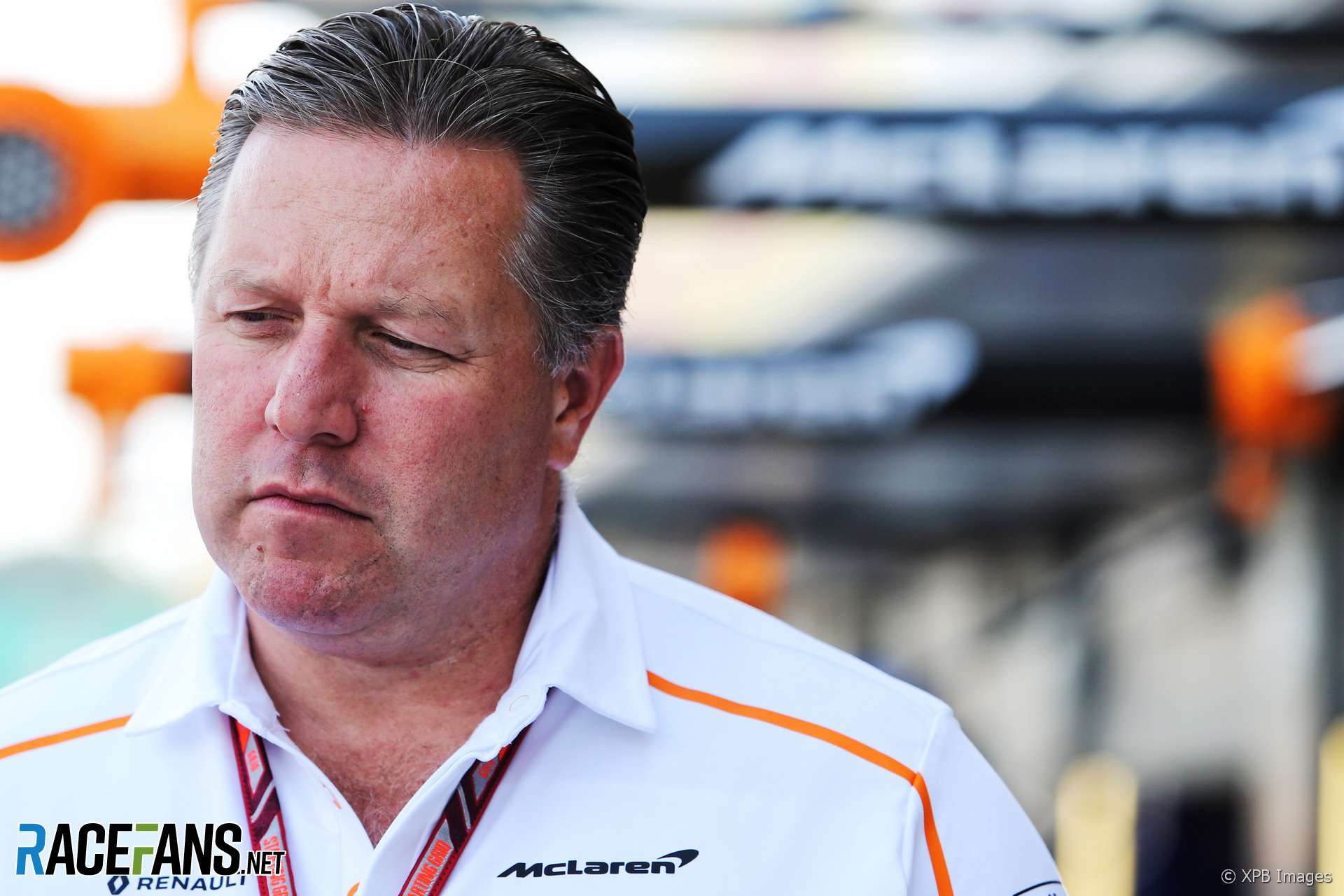 The team announced on Wednesday that Boullier had tended his resignation the day before. They simultaneously announced a new management structure which was being put in place.

Two weeks ago at the French Grand Prix, Boullier had denied he was was considering resignation. But during today’s team principals’ press conference at Silverstone, Brown admitted he had discussions with Boullier about him leaving the team.

“I’ve got really good communications with everyone in the team and so I’ve been working with Eric in the last year and a half,” said Brown in response to a question from RaceFans. “There’s been a lot of pressure on him since I joined and before then.

“So this wasn’t something that was a surprise. It was something that we had started to discuss previously as we were working together on what was the best way forward for McLaren.”

McLaren has failed to make the progress which was expected of it this year following the team’s move from Honda to Renault power units. Brown said Boullier stepped down to allow them to make a fresh start.

“I think ultimately the pressure and the desire to help McLaren move forward… I think he felt a fresh start would give us the best opportunity.

“And so we took that decision, I accepted it earlier in the week. He’s been in racing a long time, won a lot of races, I’m sure we’ll see him in a pit lane soon again.”