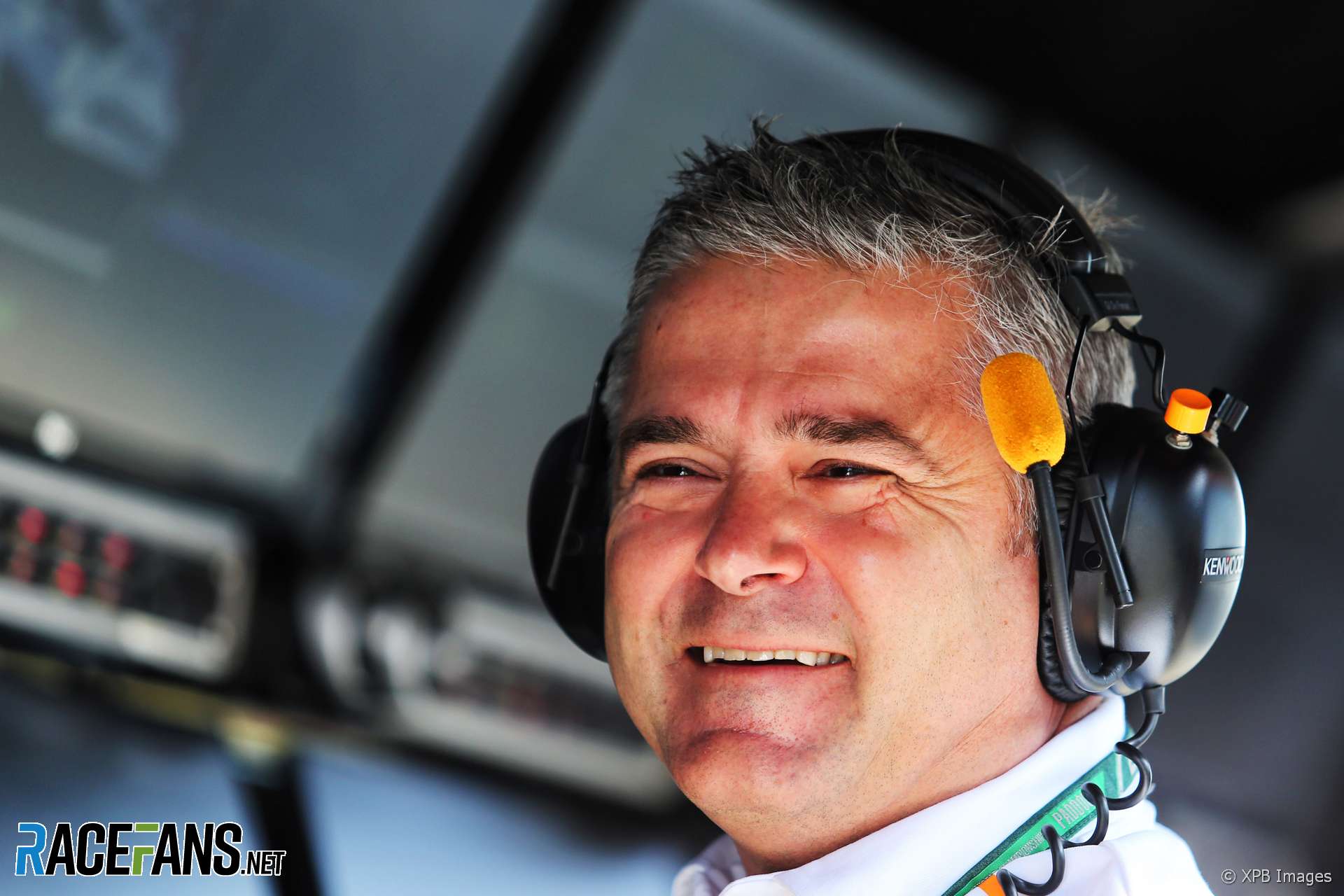 In the round-up: McLaren’s new sporting director Gil de Ferran says he’s “older and wiser” since he last held a senior position at a Formula 1 team a decade ago.

RaceFans asked de Ferran what has changed since his spell at BAR and Honda between 2005 and 2007:

I’m older and wiser. I think we had some success even back 10 years ago. We were able… particularly 2006 was a fairly competitive season, managed to win a race with Jenson [Button] in Hungary in difficult conditions where he frankly drove brilliantly.

[Now] 12 years later I feel personally more prepared. Wiser, more experienced, over the last 10 years I’ve done all sorts of different things including running my own team. I feel ready for the challenge.

SOUND ON! A little teaser of what to listen out for at @fosgoodwood this weekend!! #19000RPM #V10 #940BHP #Montoya #WilliamsHeritage

"We didn't really have much damage at all (on Hamilton's car. It was quite a big impact and we were pretty lucky to get away with it."

His dream was to race cars. Now this Miami kid is building them for one of best F1 teams (Miami Herald)

"'After my boss took the wind out of my sails, I said, ‘you know, screw this.I’ll be a Formula One engineer in a year’s time.' Elias said."

Paul Tracy has no taste for 'vanilla' IndyCar racing (AP)

"'If one sponsor doesn't like what you do and they pull out, you don't have a ride anymore,' Wickens said."

It is interesting to note that Will Power, the current Indy 500 champion, recently said that he likes to compete on a bumpy track because the bumps are one more challenge to which the drivers must adjust with the better drivers adjusting better.

F1 drivers seem to want easy tracks with their cars pinned to the track so that the car does the bulk of the work.

This gives the viewers a choice: car or driver.

There is no question that F1 cars are more impressive but, it seems more clear each day that the IndyCar drivers are as good or better than their F1 counterparts and the IndyCar drivers need to work harder, compete more and certainly risk more while, for the most part, getting paid less.

To paraphrase: ‘Don’t let your children grow up to be IndyCar drivers…’
Richard (@Rikdi)