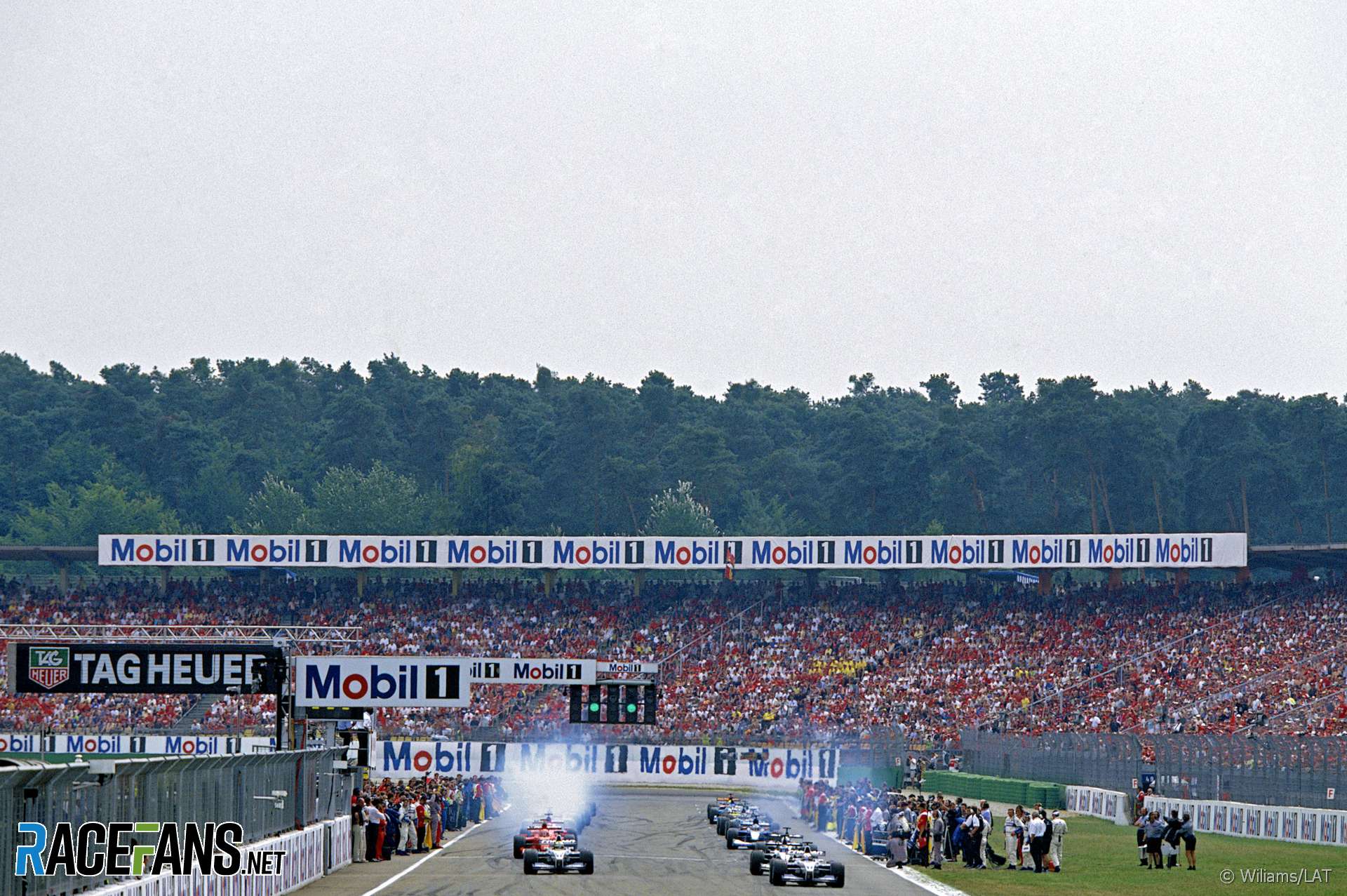 Fernando Alonso, who competed in the final German Grand Prix to take place on the old Hockenheimring in 2001, doesn’t feel the change in layout is a great loss to Formula 1.

The Hockenheim circuit was shortened in 2002, removing its distinctive long straights. The revised layout received a mixed reaction from drivers and fans.

However Alonso says the new circuit, which has been in use since 2002, is an improvement in some respects.

Asked whether the not having the original Hockenheim was a loss for the sport, Alonso said: “It was different, I don’t know that it was better or worse. It’s difficult to judge, the races were a long time ago.

“I think race tracks they keep always changing. We have the new generation of tracks like Bahrain or Abu Dhabi and some others. We have some street circuits like Baku and some modifications to the traditional circuits as well, like Parabolica in Monza now is the asphalt run-off area.

“So it seems that always when we change something we have some, let’s say, regrets and we prefer to old-school circuits or the old Hockenheim.

“But I think when they did the modifications it was for a reason it was maybe for safety, for more a stadium concept where the fans can get more view from a larger part of the circuit. If they did this for a reason, and for a good reason normally, we should stick with that reason.

“I liked the old Hockenheim and I like the new Hockenheim. I like both and if for the spectators it’s better this one, I’m happy for the compromise and the best result.”

Alonso and Kimi Raikkonen are the only drivers in F1 today who were racing in the championship when the original Hockenheim was still on the calendar.