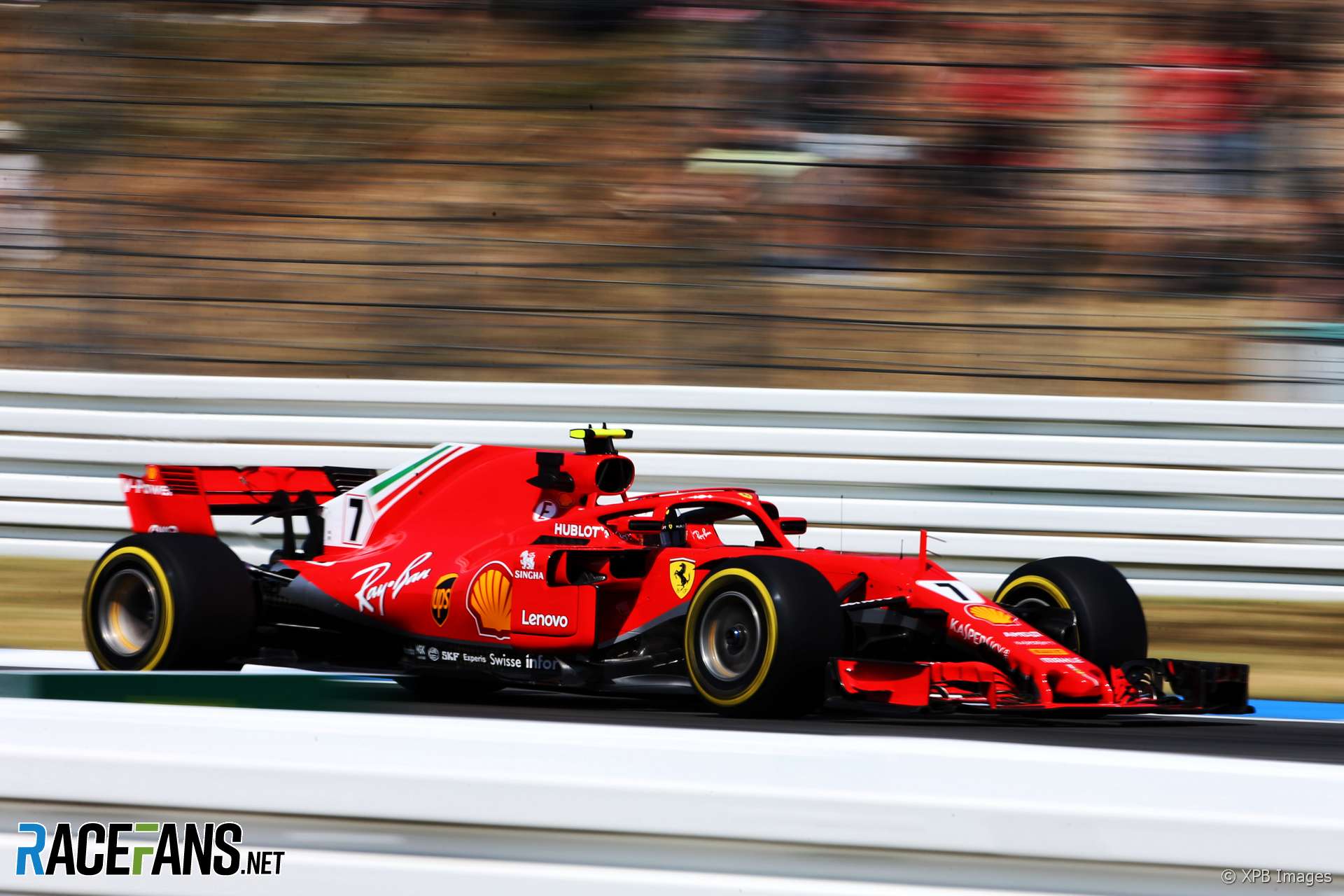 Ferrari’s performance on the straights at Hockenheim has caught Lewis Hamilton’s eye. The Mercedes driver believes their rivals have made a significant step forward.

Hamilton ended Friday practice two-tenths of a second quicker than Sebastian Vettel’s Ferrari but he expects them to be more competitive tomorrow.

“Every Friday they sandbag so it doesn’t mean much,” he said. “They are quick today and I think tomorrow will be very much similar unless all of a sudden they pull out even more time.”

He believes Ferrari have made gains with their straight-line speed.

“Today they were very quick on the straights,” said Hamilton. “Which I find really interesting because they’ve not had a new engine but all of a sudden they’ve got a lot more power. So it’ll be interesting to see if they still have that tomorrow.”

Speculation surrounds the workings of Ferrari’s power unit which is believed to use its MGU-H in a unique way to recover energy more quickly than its rivals’. The FIA investigated the system following the Azerbaijan Grand Prix and concluded the system is legal.

“All we can do it try to do the best job we can and that’s what we’re focused on. We’re not focused on all the other people, whatever they’re doing.

“We’re literally just trying to make sure we understand our tyres, tyre temperatures, all these different things. Try to be as perfect as we can on the starts. Hopefully that’ll be enough.”

40 comments on “Hamilton: Ferrari “have got a lot more power all of a sudden””