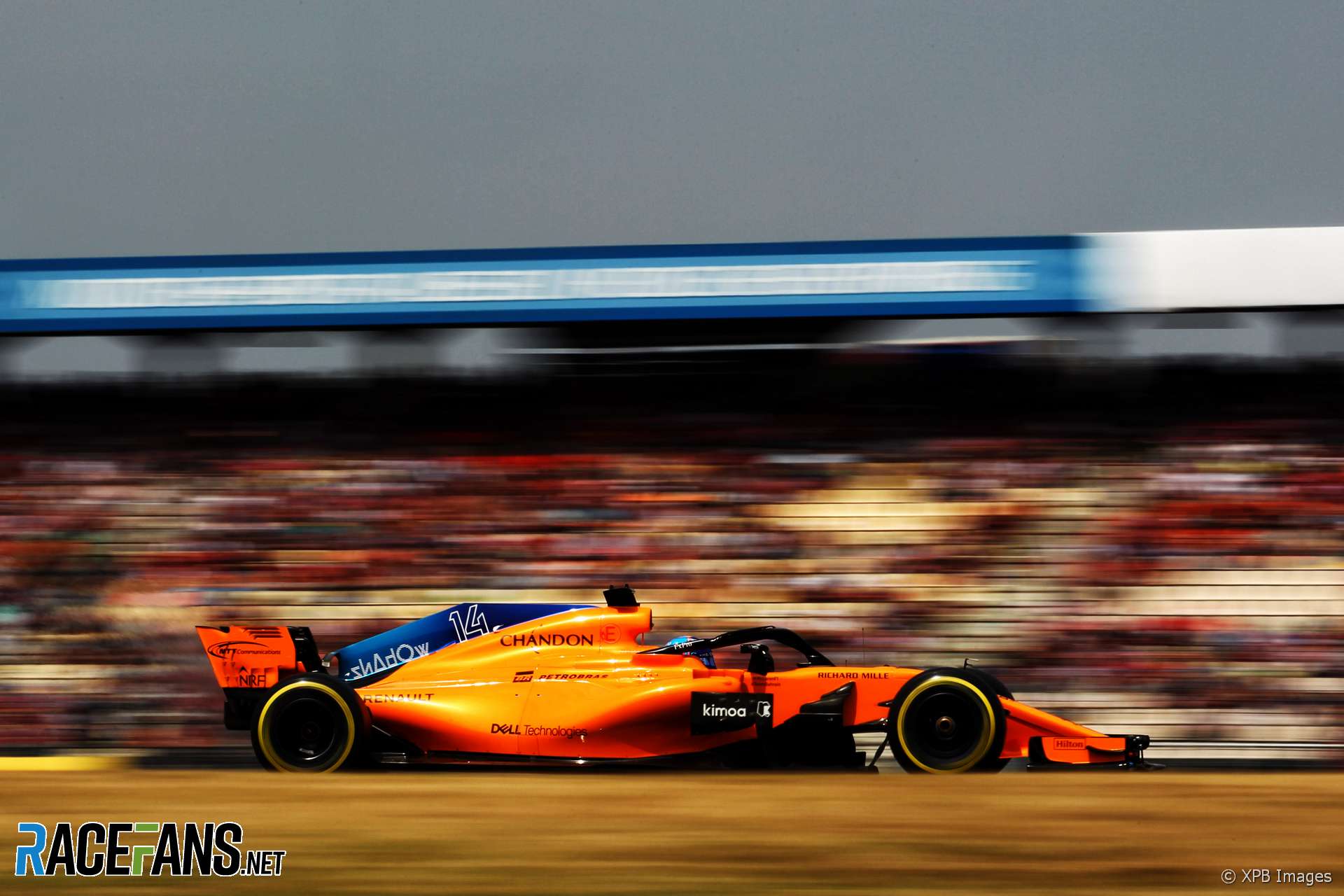 Having taken what he has called a “little pole for the midfield” in P11, Fernando Alonso has said teammate Stoffel Vandoorne’s car has clear issues and lacks downforce compared to his.

The two McLarens qualified almost a second apart, with Vandoorne eliminated with the slowest time in Q1 – after being out-qualified by Alonso at every race this season.

Asked whether there was anything he could see that separated the cars, Alonso said Vandoorne was “doing what he can” given obvious issues and a ‘clear’ downforce difference between the two cars.

“I think he’s doing what he can. Definitely the last two races, it’s seemed that that car has some kind of performance issue and it’s clear in the data that there’s less downforce on that car.”

Alonso said that despite part-switching, the root of the differences didn’t seem to be clear –

“We’ve been changing some parts between the garages, between old parts, new parts, etc. and we need to go deep into that investigation because with both cars close to the points it’s always tight competition.”

In terms of performance, he said that small updates were only maintaining McLaren’s position, despite his own improved qualifying at Hockenheim. “We’ve averaged P13 in qualifying and today without Hamilton’s issue and Ricciardo’s issues, we were P13 so more or less the same.

“On Sundays we normally score some points and we are alive because of that – in the constructor’s championship and the drivers’ championship. The car is getting better, the new parts are improving the performance but everyone is doing small steps every race so we keep more or less the same gap with opponents.”

Both Hamilton, who suffered a hydraulic failure during Q1 and Ricciardo, who is hit with power unit penalties this weekend, will start behind Alonso in P14 and 15 respectively.

“I think that will not be too difficult, unfortunately, for them. They have the pace… I will fight and I will put my best effort but I will be surprised if I keep them behind.”