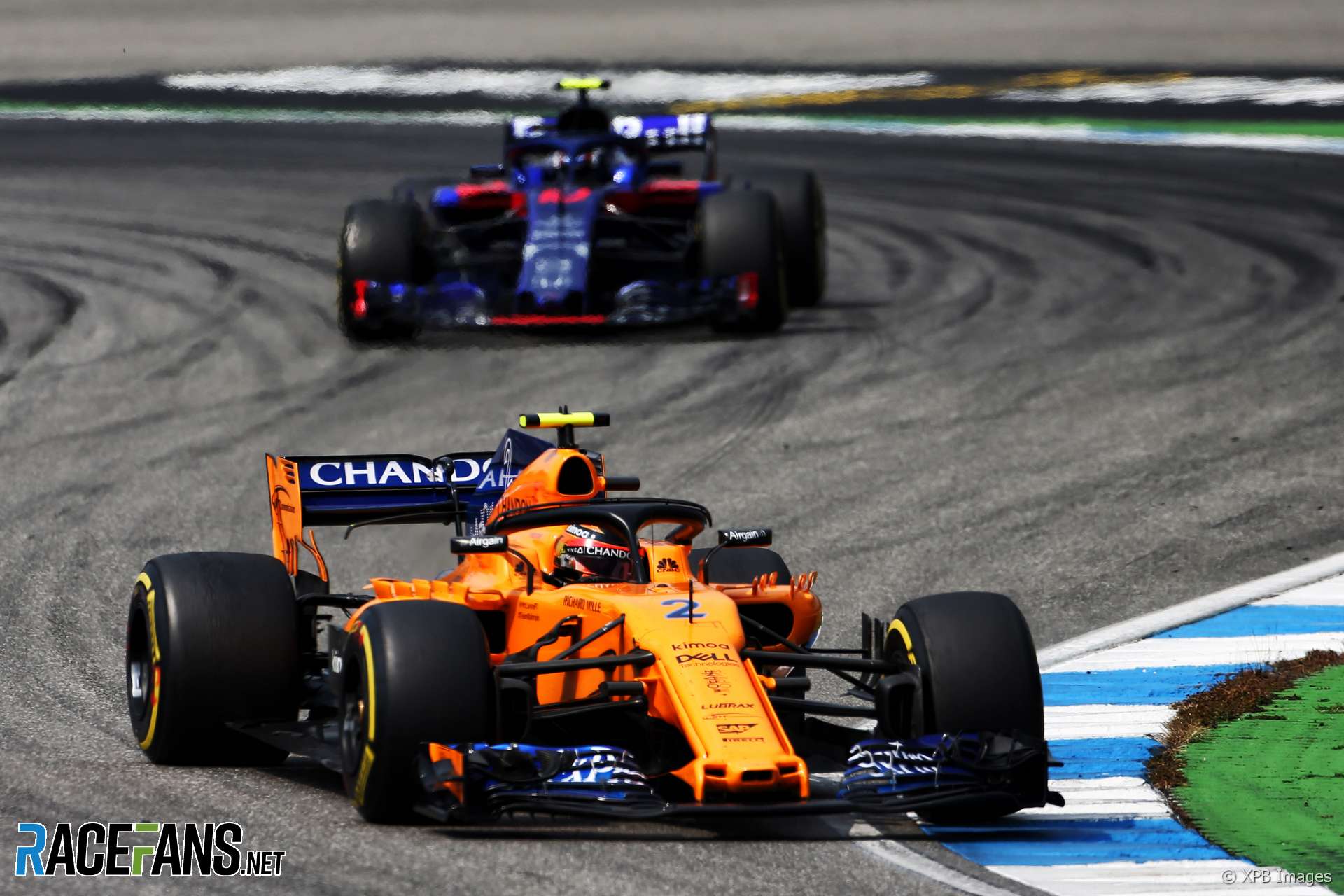 Stoffel Vandoorne thought he was going to retire from the German Grand Prix when he was struck by a power unit problem.

But the team changed some settings on his car and he was able to get to the finish.

“It was a very strange race,” said Vandoorne. “A terrible first part. The engine suddenly decided to give up.

“We had to retire the car. We were bringing the car to the pit lane, then the team made a call to change a lot of settings and try again and everything seemed to work again. A bit lower power than normal but we got ourselves back in the race.”

Unlike team mate Fernando Alonso, Vandoorne decided against pitting for intermediate tyres when the rain fell.

“We had two great calls with the rain coming in,” he said. “We didn’t box, toughed it out on the slicks in the wet.”

Vandoorne finished 13th which he said was “probably the best we could have done – at least we got ourselves back in the race.”

“He had an issue half way though that we are still investigating and which lost him a lot of time, but it was a solid finish in the end.”

While Vandoorne nearly retired, Alonso did end his race in the pits due to a late problem. “There were some concerns over his gearbox and we had to retire his car,” said De Ferran.

4 comments on “Vandoorne thought he would have to retire”