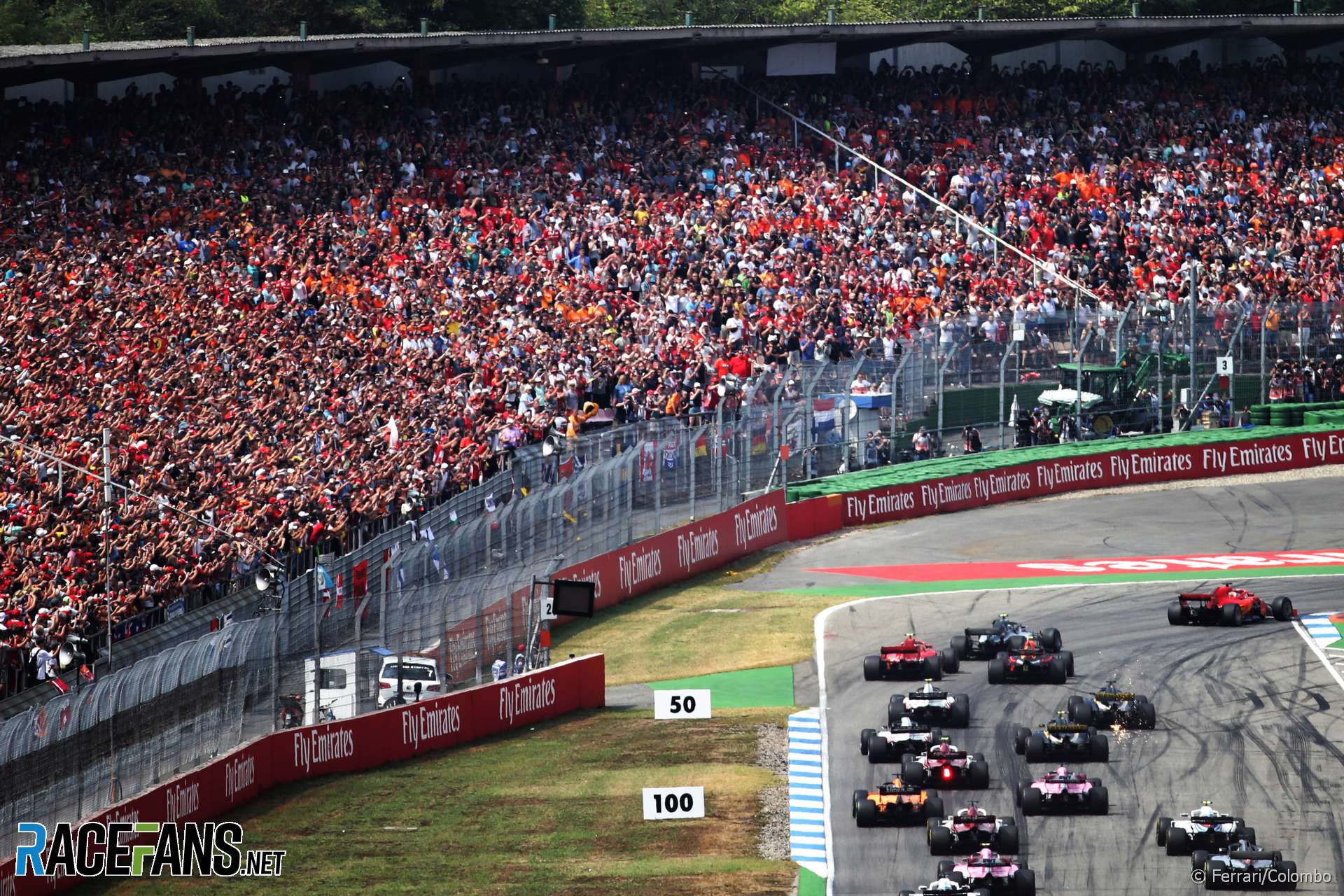 Does the Hockenheimring have an F1 future? When will teams start testing their 2019 front wings? And which F1 team did Mercedes almost choose instead of McLaren for its 1995 return? @DieterRencken reveals all in the final instalment of his German Grand Prix Paddock Diary.

I get packed and enjoy a typical German breakfast in time to depart before 8:30am. Weather clear but muggy, which ties in with forecasts of humidity and 60% chance of rain during the day. Is it going to rain on the last German Grand Prix for the foreseeable future, I wonder? Both will become clearer later in the day.

Arrive at circuit – the drive in was a breeze, certainly in comparison to previous years and despite a larger crowd. Given that there is no discernible increase in traffic direction or signage this can only be as a result of the later race start – 9am is a full six hours ahead, rather than five as it was previously. The parking area is also virtually empty, and plenty of shuttles about – another advantage of my early(ish) start to the day.

My promised interview with Georg Seiler, Hockenheim CEO. He confirms an attendance of 71,000 on race day, around 10,000 more than at the previous edition in 2016. This is attributed to the championship battle at the sharp end – which, of course, features a German in the championship lead, followed by a Briton racing for a German brand – and, of course, the Max Verstappen tribe – 13,000 orange T-shirts brighten up the stands.

Take these drivers out of the equation, and the promoter faces a rout; on such fickleness does the fortune of a grand prix circuit rely.

Asked what chance a German Grand Prix at Hockenheim in future, possibly as soon as next year, Seiler in unequivocal: a no-risk contract going forward, or no dice. The circuit is 94% owned by the local council, with the remaining 6% held by the local motorsport association, and both refuse to carry losses in future. Tellingly, during odd years, when Hockenheim does not host F1, black ink flows…

Chat with Force India technical director Andrew Green about regulations for the 2019 F1 season. He believes they are a step in the right direction if F1 is serious about facilitating overtaking, but don’t (yet) go far enough.

He makes interesting observations, more of which we’ll be publish soon. A taster: Andrew confirms Force India will run its 2019 wing during the final in-season test in Hungary next week. 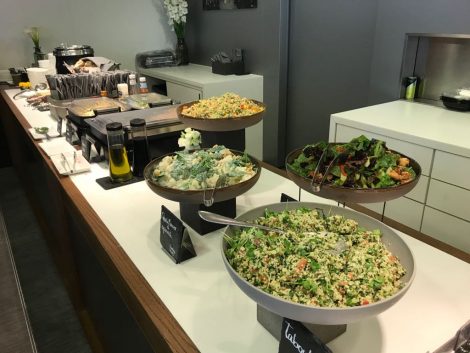 Lunch: cold meats and salads at Mercedes, during which I catch up with the team’s former motorsport director Norbert Haug. We discuss the situations at McLaren – a team he knew intimately from its 20-year Mercedes partnership – and Williams, both legendary British team that have hit troubled times.

Norbert drops a surprising revelation: Back in 1995 Mercedes almost threw its lot in with Williams rather than McLaren. “It was that close,” as says, clicking finger and thumb. How different would have been the fortunes of both teams had that come to pass: Damon Hill and Jacques Villeneuve in Mercedes-powered Williams versus Mika Häkkinen and David Coulthard in McLaren-Peugeots…

Across fruit salad dessert I chat with Pascal Wehrlein, currently back in DTM but desperate to work his way back into F1. There is no doubt he belongs here, but time is passing him by, what with George Russell now the favoured Mercedes son and just 20 cars on the current grid. F1 needs to ramp up to at least two dozen entries, or a number of mega talents such as Pascal will go to waste. 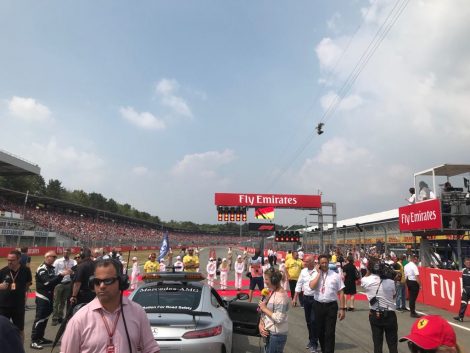 Grid walk time, and I’m struck by the packed stands – a wonderful sight at Hockenheim after many years of lacklustre attendance. Attendance levels are nowhere near those of the Michael Schumacher era, when Germany annually filled two grands prix, but the improvement is heartening. A total weekend attendance of 160,000 was reported, which seems rather massaged; still the numbers are well up on 2016’s 100,000-odd.

A massive thunderstorm hits the area, and I’m reminded that storms have caused chaos on at least four occasions since my first visit to the venue in 1997. Hockenheim has a single underpass to the inner circuit area, where, of course, F1 personnel and kit are based, and the minute the heavens open the tunnel invariably becomes impassable.

This year is no exception – the underpass is waterlogged for two hours despite the best efforts of the local fire brigade, causing massive delays and missed flights for hundreds of F1 folk. Thus two aspects require urgent attention should Hockenheim’s contract be extended: A media centre that is fit for purpose – specifically a permanent structure that does not leak – and all-weather centre circuit access.

To glibly blame freak storms, as the national press officer did, is unacceptable: The area is known for its tempestuous summer weather, as grand prix records prove.

Depart circuit on first shuttle to be permitted access to the parking area, then wonder whether F1 will visit Hockenheim again as I pass under a “Goodbye” banner. The four-hour trip back home passes largely unremarkably, save for the number of Dutch-registered coaches, motorhome and caravans. 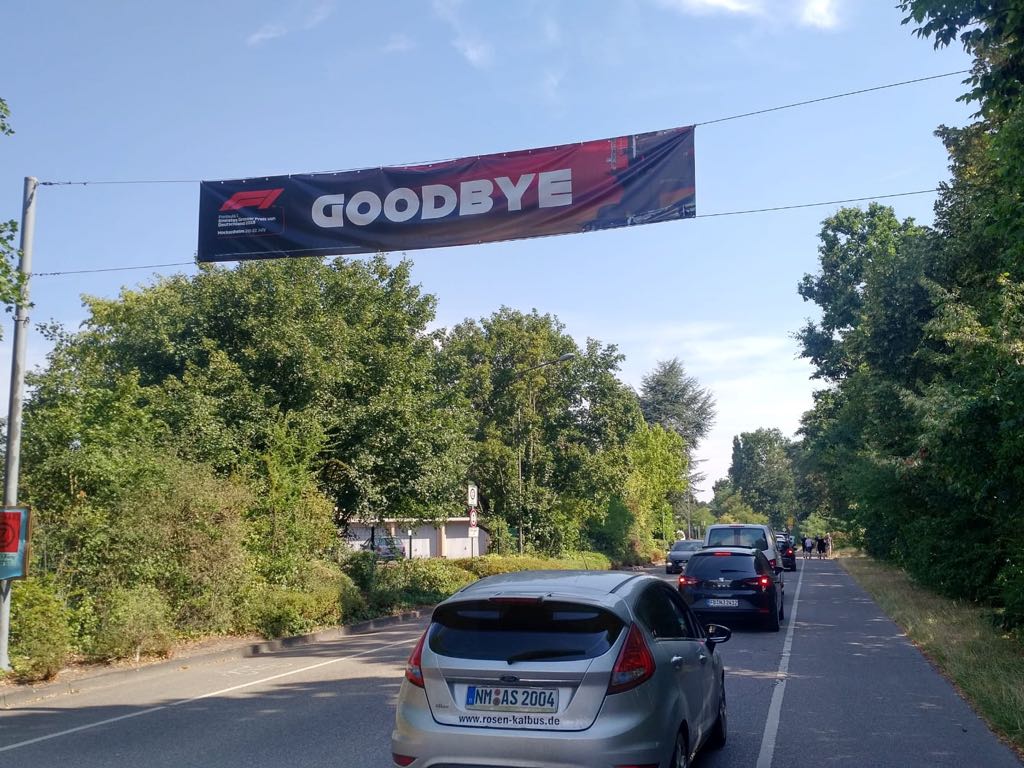