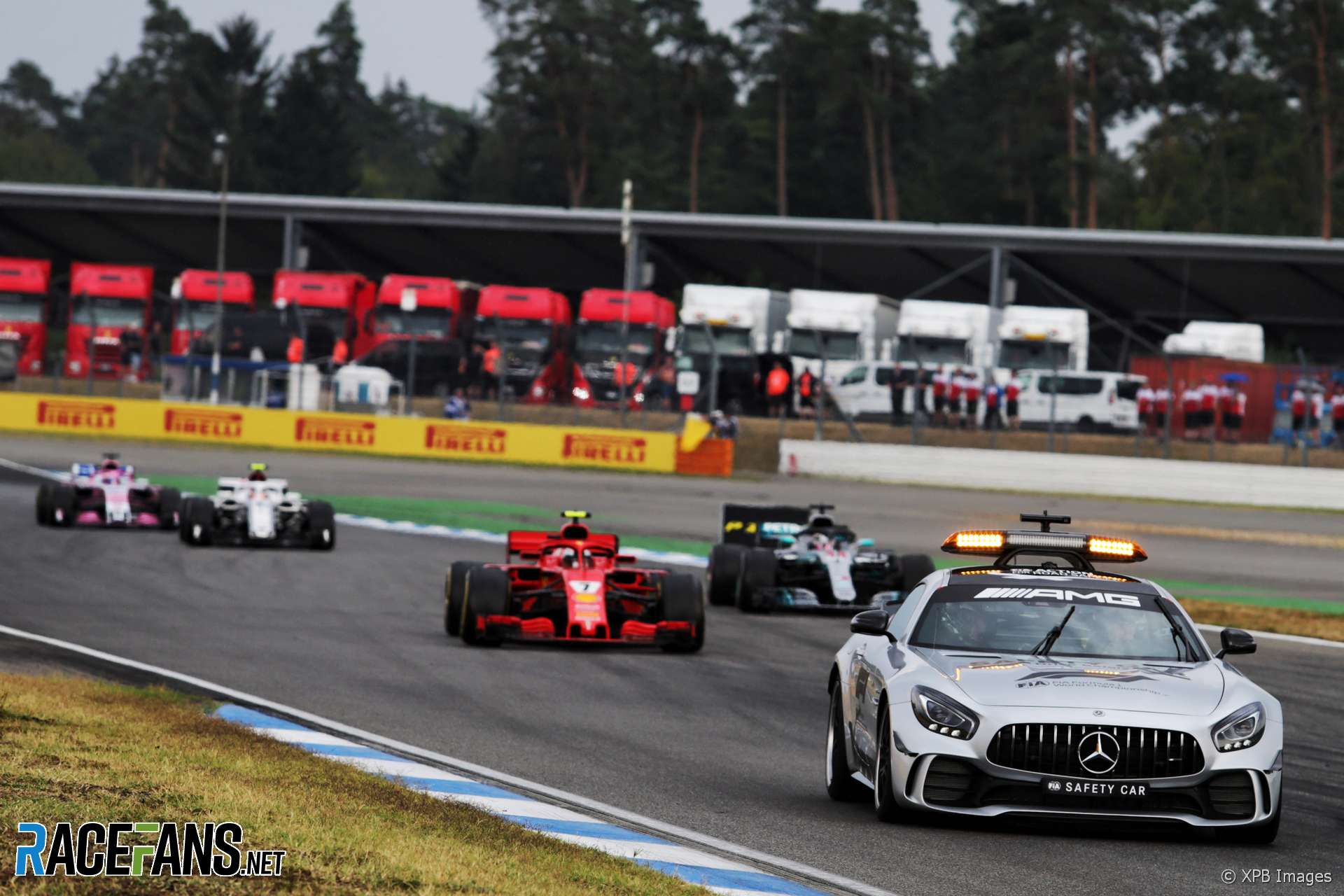 Kimi Raikkonen believes he did the right thing by sacrificing the lead of the German Grand Prix to pit for fresh tyres during the Safety Car period.

The Ferrari driver came into the pits after discussing with his team on the radio whether he should stay out. He eventually decided to come in, replacing his worn soft tyres with a fresh set of ultra-softs.

The pit stop dropped him to third place behind the Mercedes drivers, where he finished. After the race he denied it had cost him an opportunity to win.

“It’s always easy to say afterwards but honestly we don’t know what would happen if we’d stayed out,” he said. “I’m 100 percent sure that the ultras worked better plus I had very used tyres at that point already.

“I can’t give an answer if it would have been just fine or a complete disaster, that’s always an unknown and you try to weigh up the differences and hope that the new tyres will give you some grip to come back.”

Lewis Hamilton, who was on fresher tyres than Raikkonen when the Safety Car came out, won the race after choosing not to pit.

“Obviously we knew that the Mercedes will be on one of the aged tyres but they seemed to be the right decision in those conditions. So I don’t have an answer, I don’t think anybody would have an answer what the end result if we stayed out or not. Who knows. That’s how it goes.”

Raikkonen wasn’t able to pass the Mercedes drivers at the restart despite having fresher tyres than race leader Hamilton.

“They were very strong,” he said. “All the stories that we are so quick on the straight, it wasn’t really the case after the restart.”