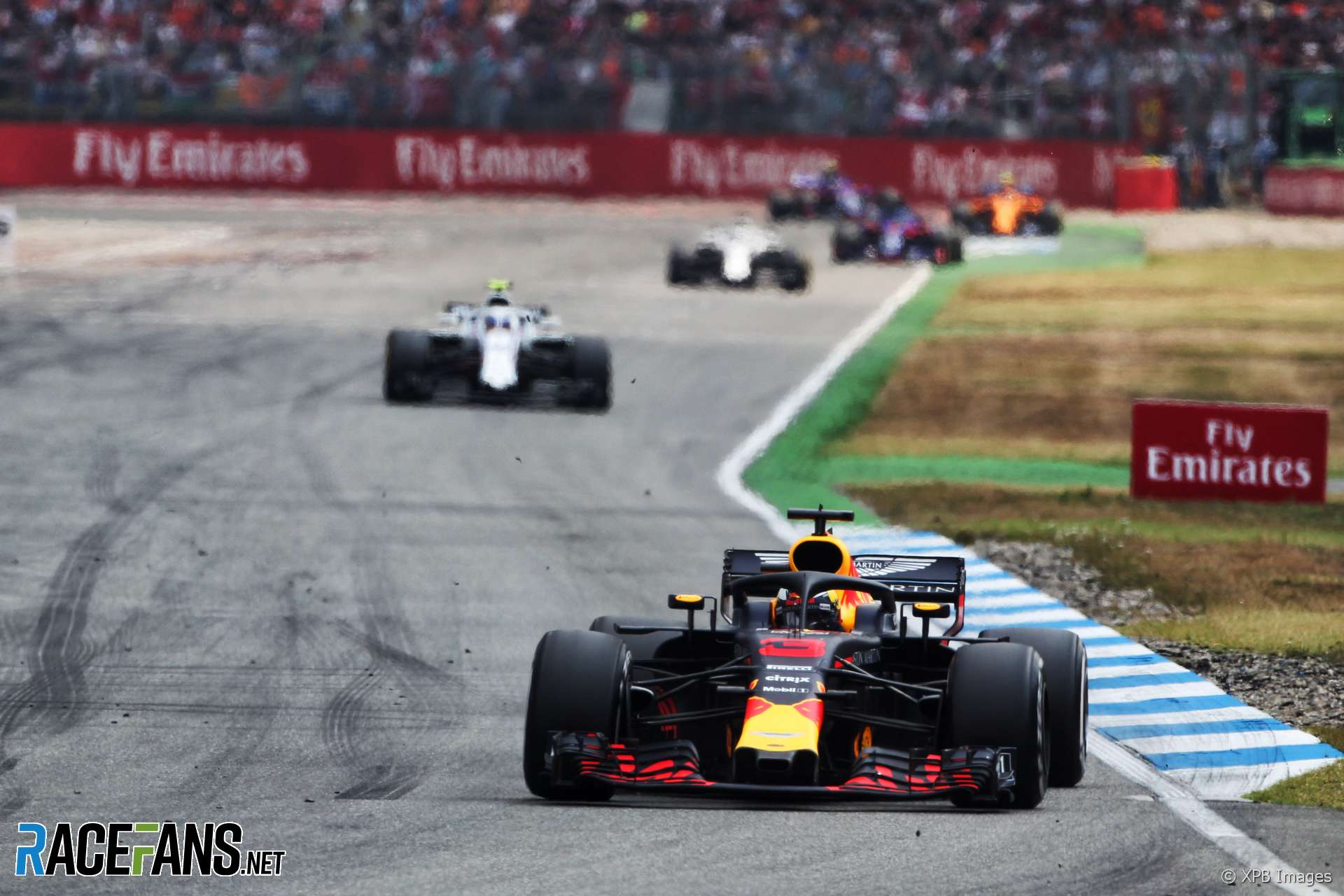 Red Bull team principal Christian Horner says Daniel Ricciardo’s retirement from the German Grand Prix was “particularly frustrating” as he had already started at a disadvantage due to a power unit change penalty.

Ricciardo started at the back of the grid after taking a long-expected penalty as Red Bull chose this race to change multiple elements on his power unit. The team wanted to take the penalty ahead of next week’s race at the Hungaroring where they expect to be competitive.

“Daniel was making good progress from the back of the grid after incurring his engine penalties,” said Horner.

“Unfortunately, on lap 29 Daniel’s engine failed, which is particularly disappointing alongside the penalties that he had already incurred.”

“On lap 29 I heard something strange when I was downshifting for turn six,” he said. “Once I accelerated out of the corner I lost power and the engine started to sound pretty sick.

“I got on the radio straight away and expected the team to ask me to pull over, which they did. I don’t know the specifics but it was some sort of engine failure which is obviously pretty frustrating after taking the penalties today.”

Ricciardo’s retirement is his fourth from the 11 races so far this year. Three of his non-finishes were caused by technical faults.