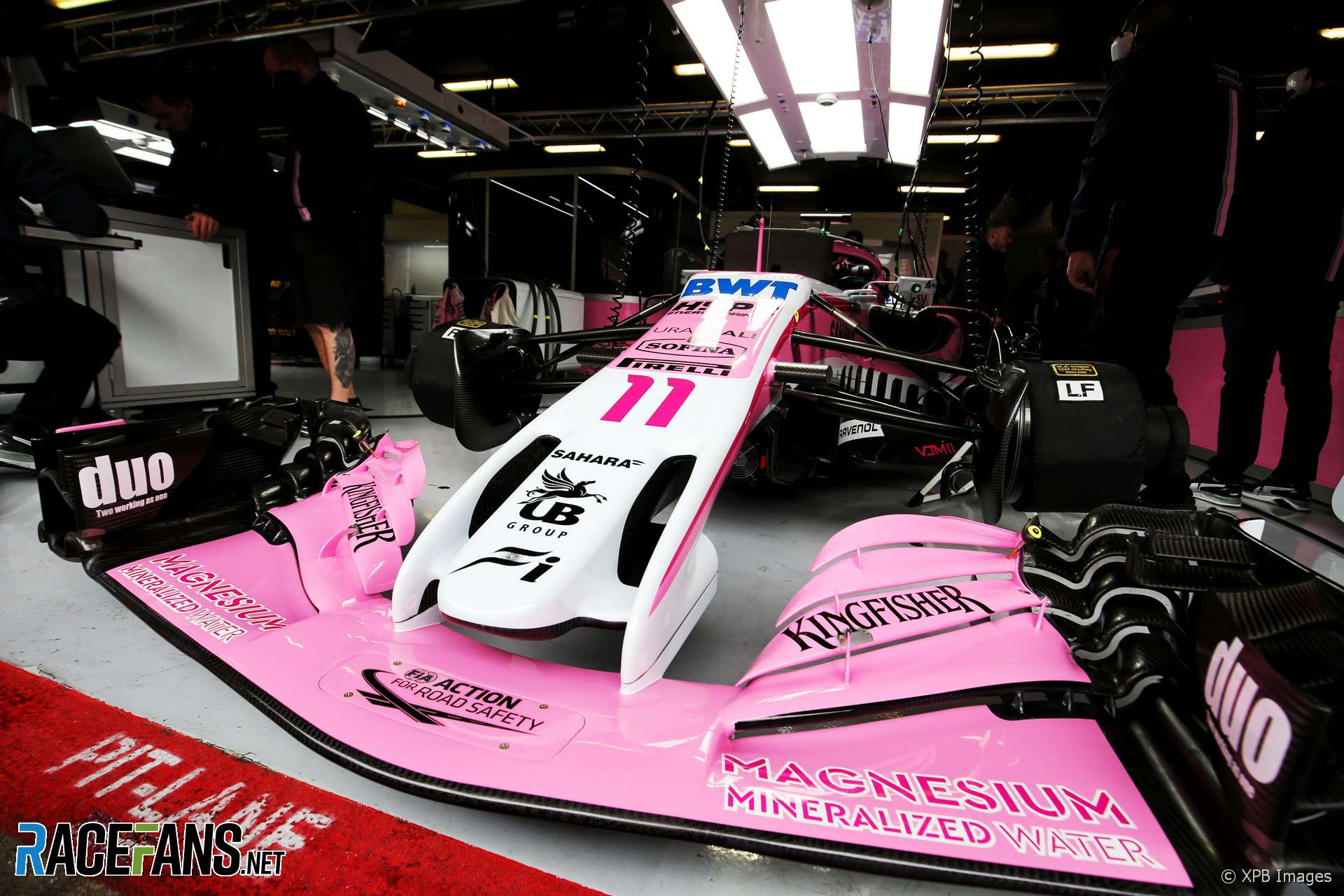 Formula 1 teams will have to strengthen their 2019 front wings to guard against potential damage, according to Force India’s technical director Andrew Green.

As part of a package of changes intended to aid overtaking, next year’s front wings will increase in width to 2,000mm – the same width as the car. The increase in width was agreed to offset the loss in downforce from the removal of other parts of the wings.

Upper front wing elements and outwash-generating endplates, which are blamed for making it harder for cars to follow each other closely, will be banned from next year.

“I’m personally not a fan of wide front wings at all,” Green admitted in an exclusive interview with RaceFans. “One, they break, they’re susceptible to damage. And two, I think aesthetically it just looks wrong.”

The increased width will also make it more likely drivers may damage them, said Green. “We will have to be reinforcing them significantly.

“You’ve seen the in the last few races the damage that gets done. It’s going to be even worse next year. Extra reinforcement’s going to be required. There’s only so much you can do when you’ve got a wing that wide. But we’ll do what we can.”

However Green believes the simpler design of the wings could save teams up to half a million dollars per season. This is because the wings will be easier to manufacturer and teams will have more limited scope for introducing upgrades.

“The manufacturing of the front wing will be significantly cheaper,” he said You’re talking a magnitude less work involved.”

“Obviously there will be development and potential loopholes that teams might find and the complexity might go up. But I think overall it’s going to be a much reduced complexity front wing.

“I think the development space, the playground that you have in the front wing, has been reduced massively. What you can do with it is very small, what effect it has on the car now is going to be relatively small. Wing updates will obviously be a lot cheaper but I think the desire, the need to bring lots of front wing updates, is going to be massively reduced as well.

“So overall, from a cost perspective, I think it’s going to be a good thing. I can’t see it being anything else.”