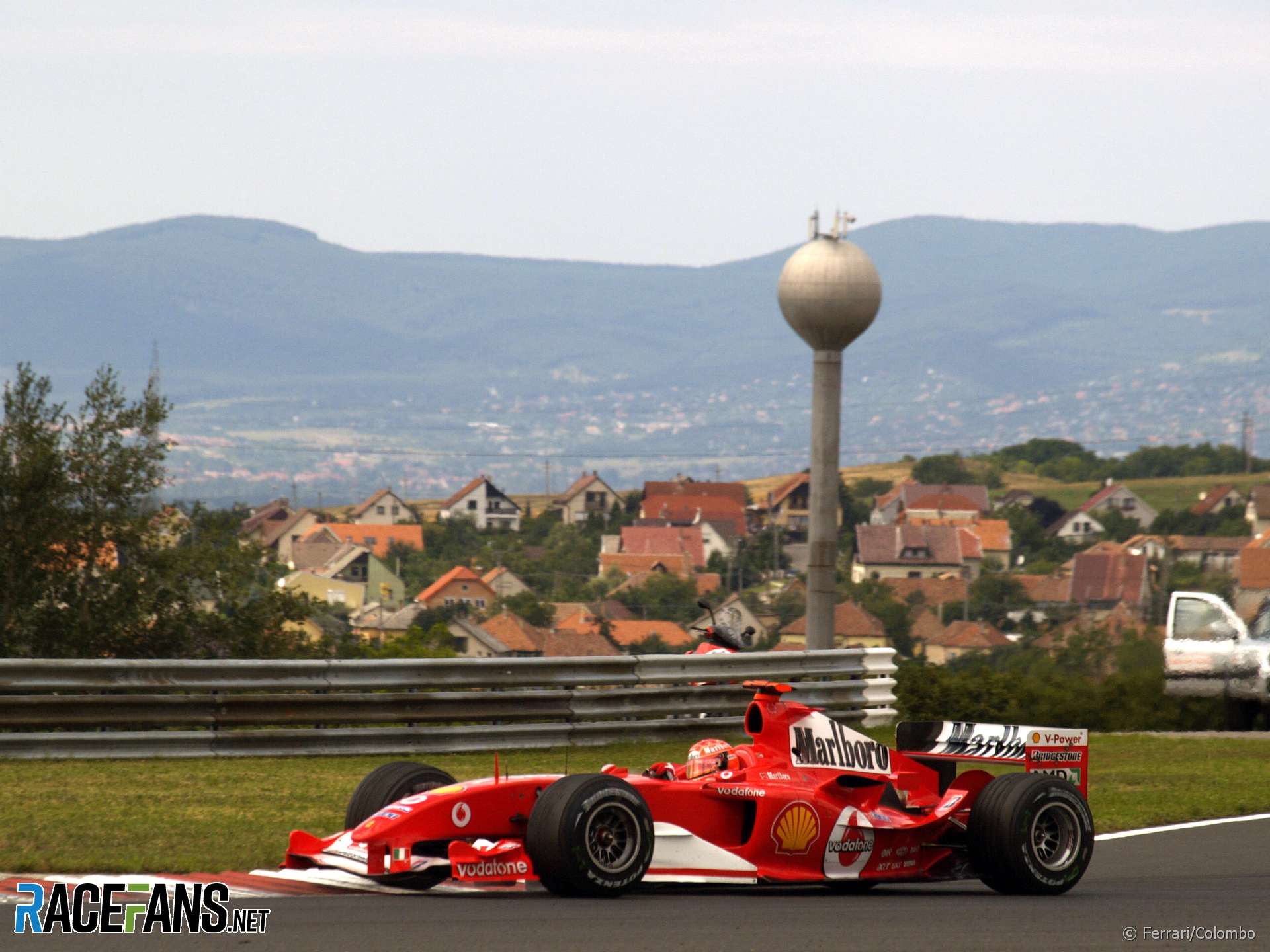 Practice pace indicated the fastest Formula 1 teams had found around eight-tenths of a second at the Hungaroring since they last raced here 12 months ago.

But a rain-hit qualifying session meant we never got to see just how quick the front-runners could’ve gone. Ferrari looked set for pole position time potentially in the 1’15.4 region. Instead it was Lewis Hamilton’s Mercedes which took the top spot, lapping 20 seconds slower on a set of full wets.

The quickest lap time of the weekend is therefore likely to remain Sebastian Vettel’s 1’16.170 in final practice, a tenth of a second quicker than his pole position time from last year. It also established a new track record for the quickest lap time set in any session.

The lap record – which is the quickest time set during race conditions – remains Michael Schumacher’s 1’19.071 from 2004. There is a good chance this could fall tomorrow.

Last year’s fastest lap in the race was a 1’20.182 set by Fernando Alonso’s McLaren. The front runners’ pace was slower than usual as race leader Vettel was managing a car problem. If tomorrow is dry, we could well see drivers improved by more than the eight-tenths of a second seen in practice, and a new lap record for this 15-year-old configuration of the Hungaroring established:

Because the rain kept a lid on lap time improvements, several teams appear to be no faster than they were in this race last year. We can comfortably assume all would have lapped faster than they did last year had qualifying been dry. But in the case of some, such as McLaren, not by much: