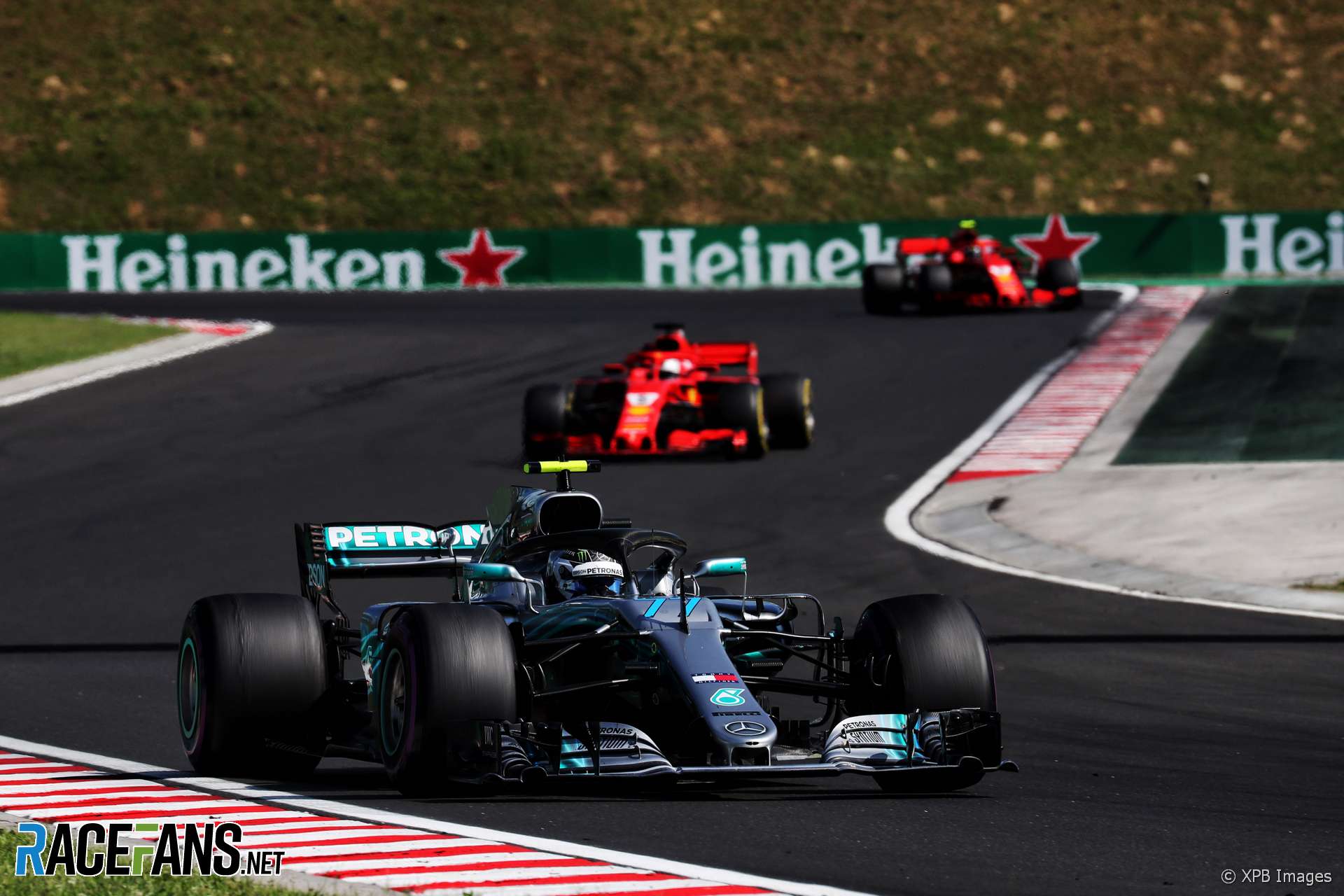 Valtteri Bottas has been penalised by the stewards for his collision with Daniel Ricciardo during the Hungarian Grand Prix.

The pair collided while disputing fourth place in the closing stages of the race. Ricciardo attempted to pass the Mercedes driver around the outside of turn one. However Bottas, who was struggling for grips on old tyres, slid into the side of him, pushing Ricciardo off the track and damaging his Red Bull.

The stewards held Bottas responsible and gave him a 10-second time penalty plus two penalty points on his licence – his first of the current 12-month period. Bottas keeps his fifth place in the race.

The stewards ruled no investigation was necessary into the earlier collision between Bottas and Sebastian Vettel.

The Stewards reviewed video evidence, heard from the driver of car 77 (Valtteri Bottas), the driver of car three (Daniel Ricciardo) and the team representatives. Bottas had a damaged front wing from an earlier incident.

As the two cars approached turn one, Ricciardo was on the outside of the the turn and gave plenty of room. With the compromised line and less downforce from the front wing Bottas locked up, and collided with Ricciardo forcing Ricciardo off the track and causing damage. Both cars continued.

The stewards ordered a 10-second penalty, which will be applied to the final result, along with two penalty points.

56 comments on “Bottas given 10-second penalty for Ricciardo collision”