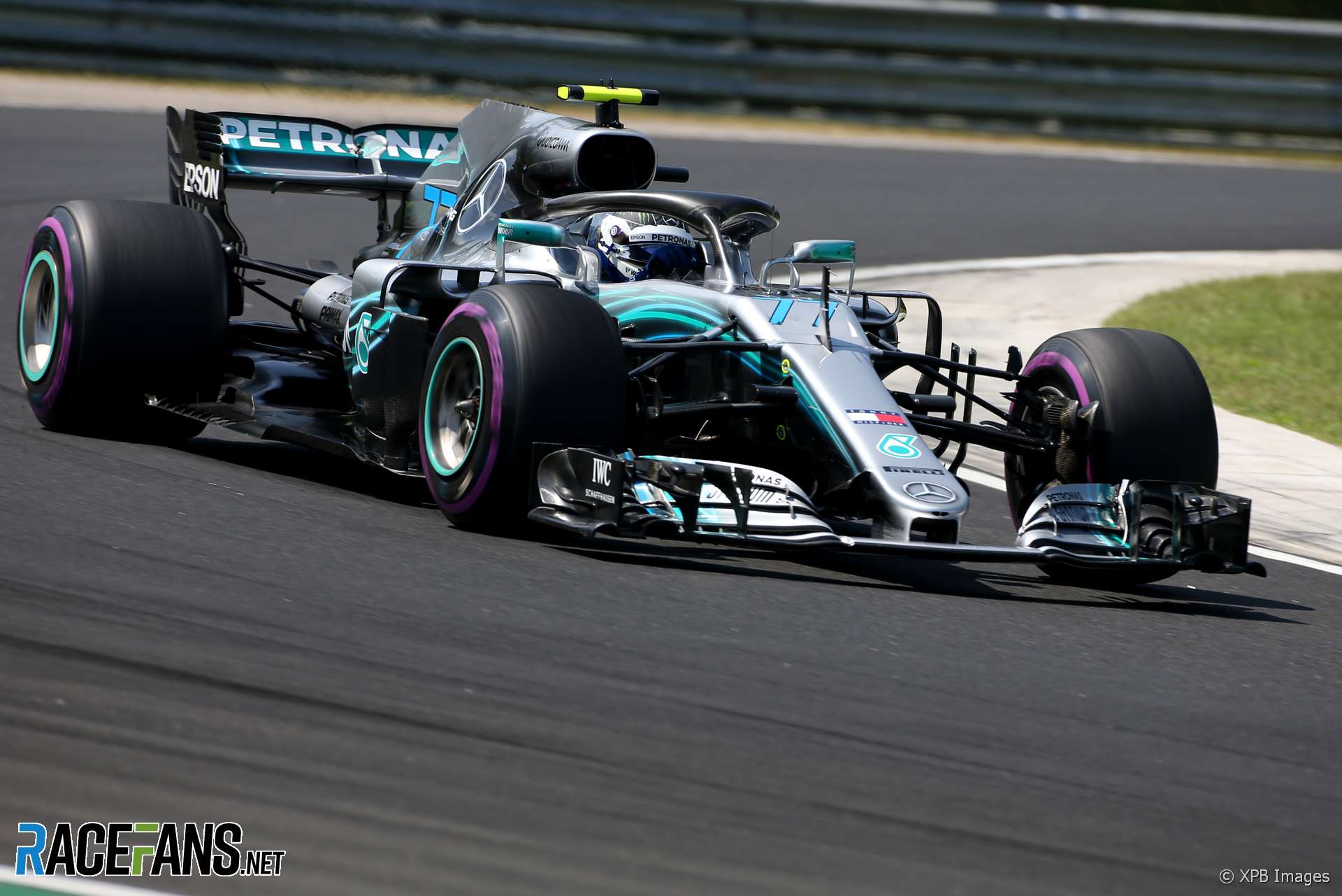 Valtteri Bottas says it ‘hurts’ to have been described as a ‘wingman’ by Mercedes team principal Toto Wolff after the Hungarian Grand Prix.

Speaking to Sky after the end of the race that saw Lewis Hamilton claim victory but Bottas drop from second to fifth after two collisions with Sebastian Vettel and Daniel Ricciardo, Wolff described Bottas as an ‘exceptional wingman’.

“It was a great win for Lewis but it feels a little bittersweet, I don’t know why,” Wolff told Sky. “Valtteri deserved a podium because he was an exceptional wingman.”

When told of his team principal’s description of him, Bottas admitted he had found Wolff’s choice of words hurtful.

“Well, first of all ‘wingman’ hurts,” says Bottas. “Second of all, I don’t see any positives from this race for me. I wanted a better result.”

Bottas had pitted early to cover Kimi Raikkonen and was on over 40 lap old softs when he came under pressure from the Ferraris behind.

“Twenty laps from the end, everything was okay,” explains Bottas. “We could control the pace and my position, but then the rear tyres started to die.”

Bottas was passed by Vettel at turn one but tried to come back at the Ferrari into turn two, making contact with Vettel, leaving him with front wing damage.

I tried to defend the best I could, as aggressively as I could, but it ended up being a bit of a mess in the end with a broken front wing and everything.

“I still had my nose inside into turn two, he was on the outside,” Bottas explains.

“He turned in very early, for me. There was nowhere for me to go, so we touched. I was the only one who got damage – fair enough. For me, it was a racing incident.”

After receiving damage, Bottas was then vulnerable to Daniel Ricciardo’s Red Bull, with the two also colliding into turn one.

“With Daniel, it was pretty much a similar thing. I was next to him on the inside. I had lost half of my front wing, so I was locking up as well. I’m sure he saw I was going quick into the corner, but he turned in and we touched.”

The stewards later penalised Bottas with a ten second post-race time penalty for the contact with the Red Bull.

Now 81 points adrift of his team mate in the drivers’ championship heading into the summer break, Bottas appears to expect that Mercedes will ask him to play a supporting role to team mate Hamilton in the remainder of the season.

“I think we need to speak after this race,” says Bottas. “We are over halfway through the year. The points gap is big, so for sure the team will decide at some point.”