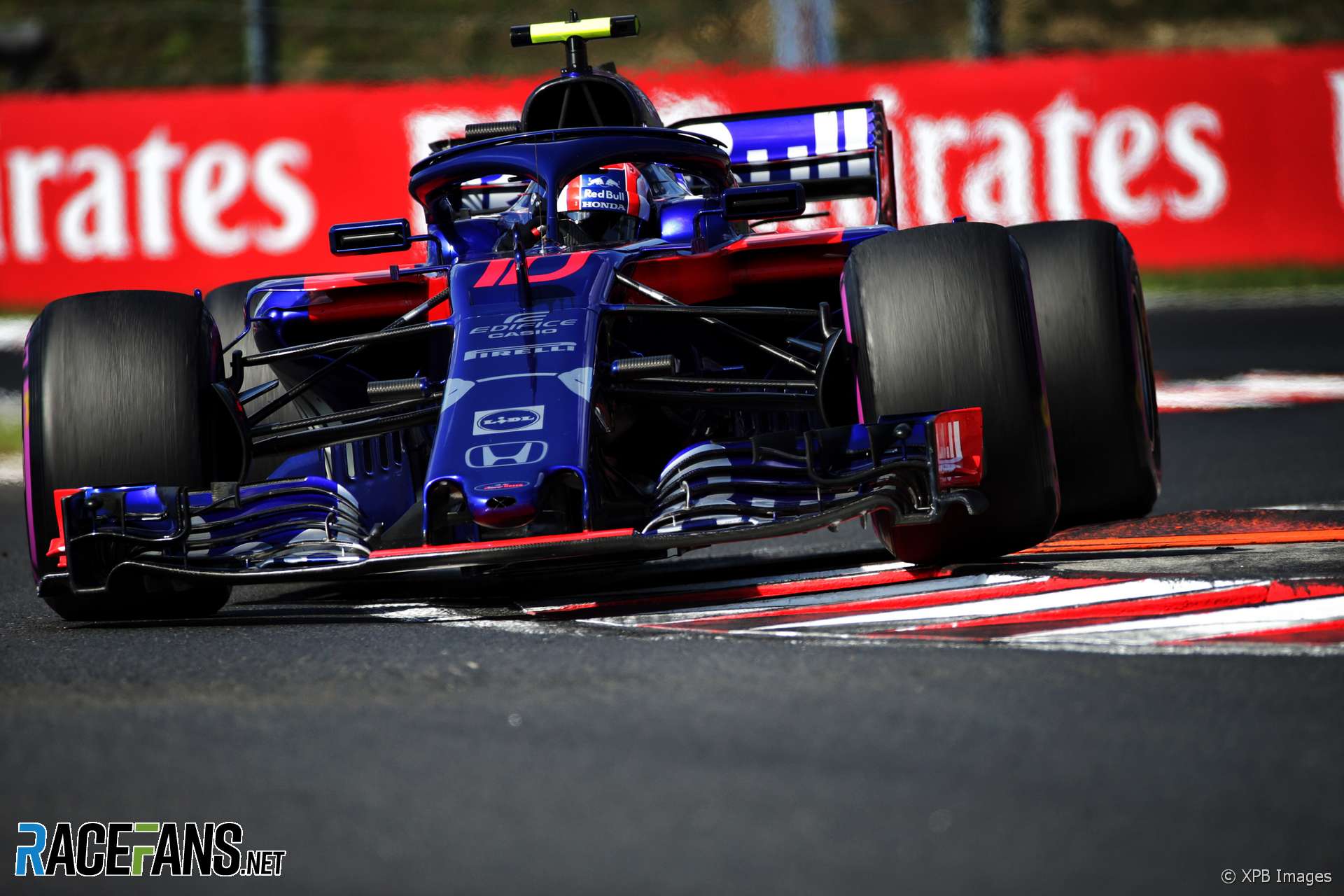 Toro Rosso’s Pierre Gasly says he is happy to have taken the ‘B-class victory’ by finishing in sixth place in the Hungarian Grand Prix.

Gasly converted a sixth place starting position into his and Toro Rosso’s best result since he finished fourth at the Bahrain Grand Prix with a solid drive in which he kept the Haas of Kevin Magnussen at bay.

The rookie Toro Rosso driver says a better finishing position would not have been possible for the team today.

“It’s a win in the B-class,” says Gasly. “Of course we know it’s impossible for us to do better. I think I was the only guy in the B-class who was not lapped in the race, so it was a really nice feeling.”

Gasly passed the Renault of Carlos Sainz at the start of the race, a move he points to as being crucial to the result.

“I knew that I had to overtake Carlos at the start just to have free air and be able to push as much as I could,” he explains.

“My start wasn’t fantastic. But then into turn one, I stayed on the outside with Max [Verstappen] and I got Carlos on the exit. After that, I knew I had my chance because it was in my hands and I just had to push as hard as I could with the car and try to keep the tyres alive. It went exactly like a dream. It was great.”

Having secured Toro Rosso’s second top six finish of the season, Gasly believes he has been able to take every opportunity to secure a big result so far this season.

“Honestly, I’m really happy because we knew that with Toro Rosso, you have big opportunities like this two or three times a year that the car works better than expected and things come your way,” says Gasly.

“I really wanted to make sure that this year I take all these opportunities when they come to me and that’s what we did in Bahrain and the same in Monaco. This weekend we knew there was something big. We played it well yesterday and again today. So really happy about it.”