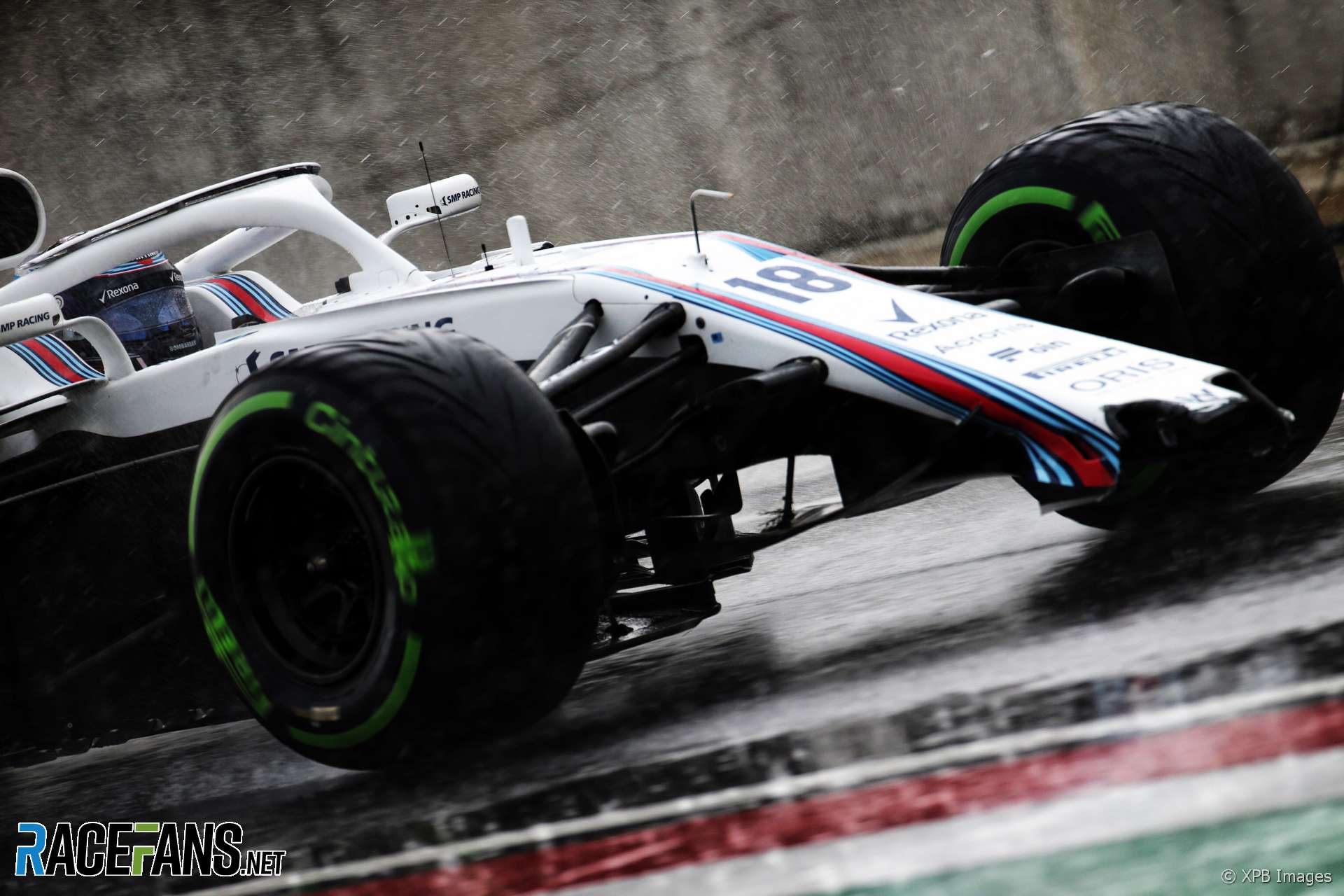 Lance Stroll will start the Hungarian Grand Prix from the pitlane after Williams were forced to change his front wing under parc ferme.

Stroll damaged his latest specification wing in qualifying after losing grip in the wet conditions and hitting the barrier exiting turn nine during the second stage of qualifying.

With no spare latest specification front wing available to replace it, Williams have had to revert to an older specification wing, meaning Stroll is forced to start the race from the pitlane.

Lance Stroll had been due to start in 15th having advanced to Q2 ahead of team mate Sergey Sirotkin. Speaking after qualifying, Stroll explained how an aggressive approach had helped him to make it into the second session before the incident.

“I think someone was going to get caught out. It can happen,” said Stroll.

“In Q1 it was raining a little bit and I saw some spots of rain on my visor and I didn’t really back off too much and that’s kind of what got me into Q2. It goes both ways. A little bit too much on the kerb and it can happen.”