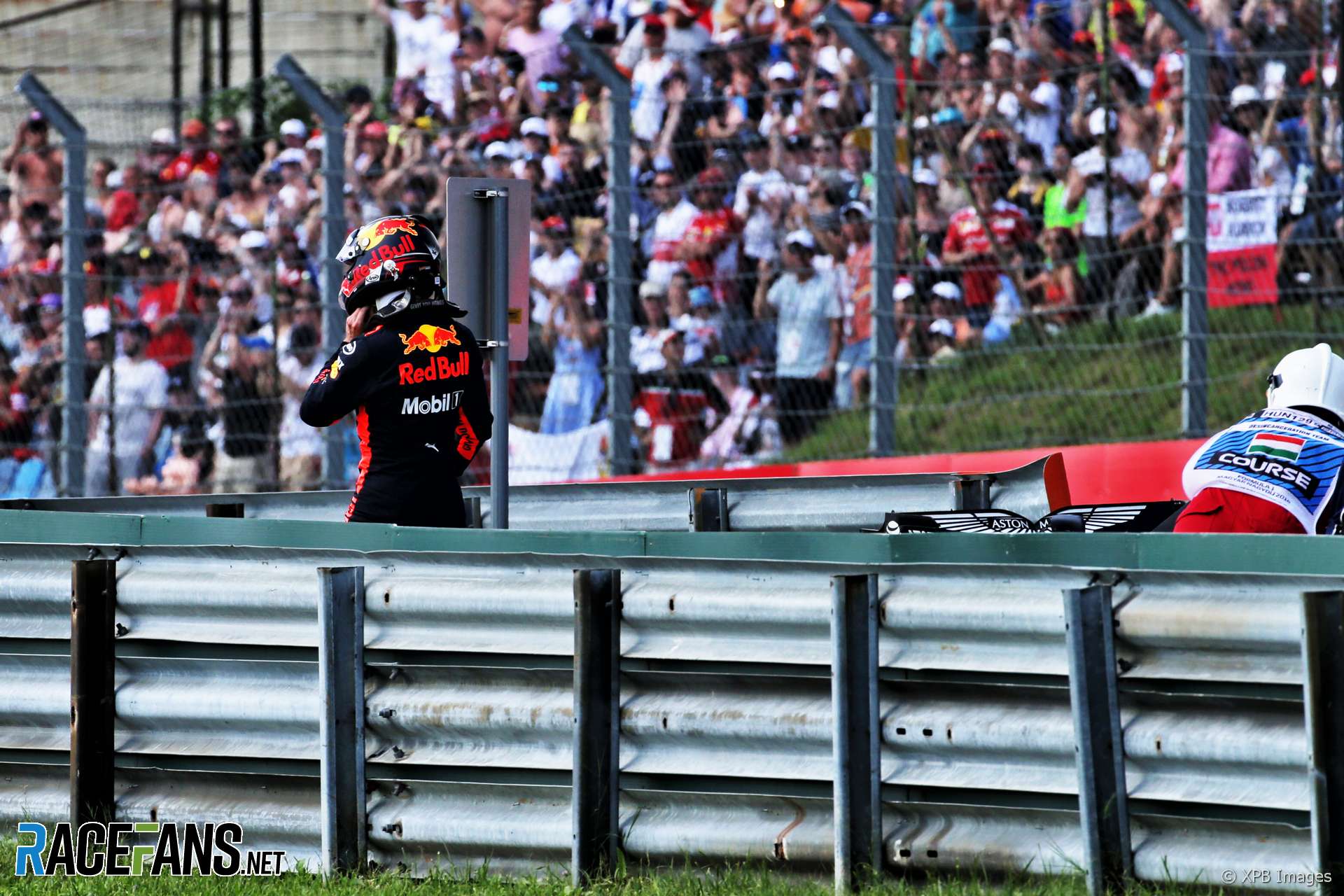 Max Verstappen says he is not in the holiday mood heading into the summer break after he was forced out of the Hungarian Grand Prix with an MGU-K failure.

The Red Bull driver was running fifth in the early stages before being told to pull off the circuit on only the seventh lap of the race.

Verstappen says the retirement will put a dampener on his holiday spirit heading into the summer break.

“I hate it when people say ‘bad luck, now enjoy your holiday’,” says Verstappen. “I can’t really enjoy the first week because of the end of the last race. I don’t feel like I’m in a holiday mood.”

Echoing criticism of Renault’s power unit reliability by team principal Christian Horner, Verstappen says he is not happy with problems that have affected the team’s engines in recent races.

“I think for both sides – Daniel and me. It’s honestly not at all how it should be,” says Verstappen.

“You pay millions as a team for what you hope is a decent engine, but it keeps breaking down. Besides that, we are also the slowest out there. It’s honestly at the moment difficult to accept.”

An expletive-ridden radio message played over the official broadcast reflected how disgusted Verstappen was at having his race cut short due to engine trouble.

“I was very angry on the radio, I think there was a lot of beeping out there,” Verstappen explains. “Which is a shame – it would’ve been better if they had allowed it. But that’s how it is.

“Let’s see what we have to do in Spa, whether we have to take penalties or not. I don’t know – but at the moment, I also don’t really care.”