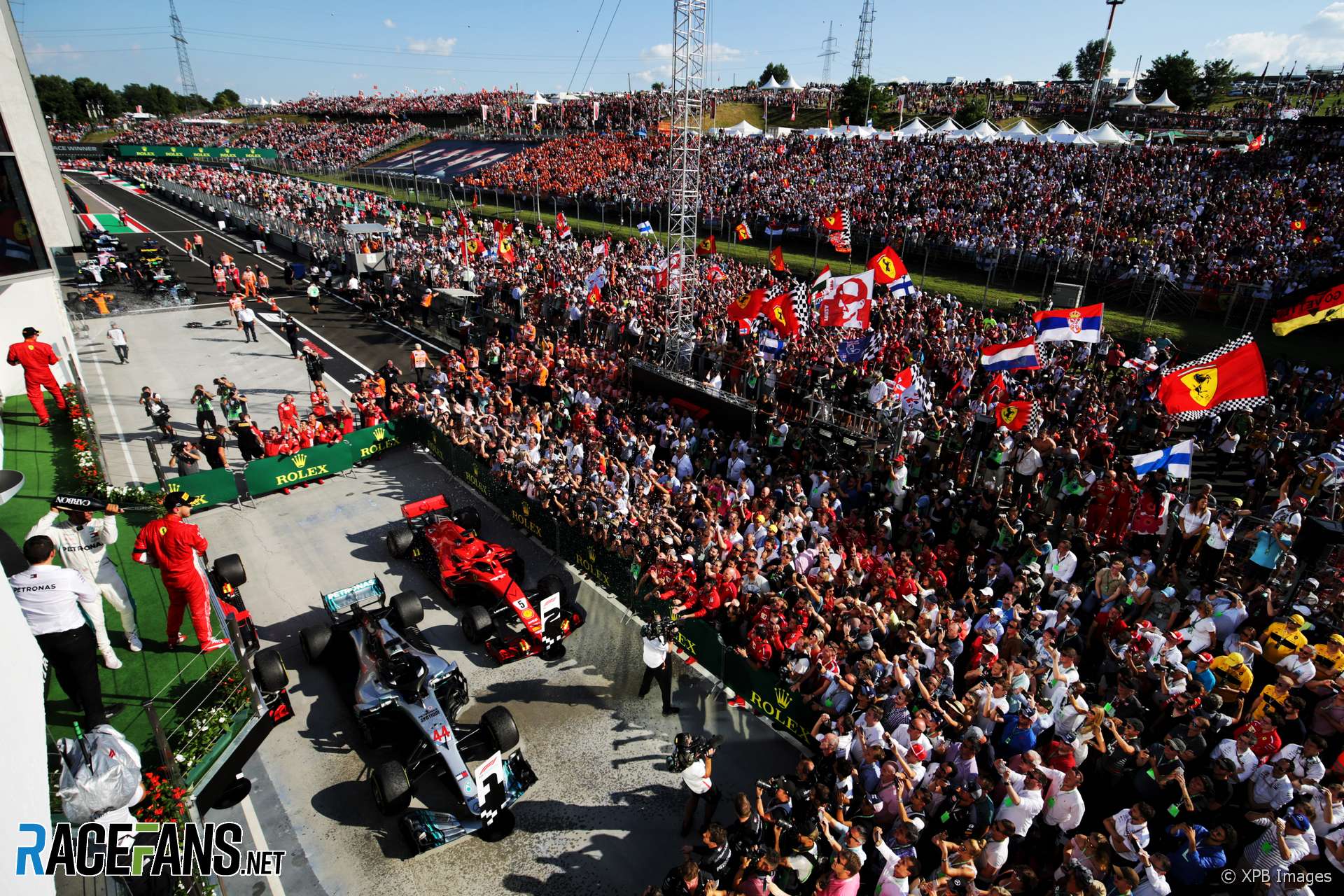 After a weekend of intrigue in the paddock, the final day before the summer break sees a slackening of the pace. Was having five Formula 1 races in six weeks too much of a good thing?

Later race start means I sleep an hour longer, and have breakfast in the hotel, rather than at a team.

Depart for circuit, and it’s soon evident from the traffic build-up on the motorway that a bumper crowd is expected, with the official race day attendance hitting an eventual 87,000 – around 10k more than during past years. Although the number is likely to have been massaged upwards as per usual promoter practice, there is no doubt attendance is well up. By the time I’m parked up, it’s 10am, so around 30-minute delays.

Record podcast for Viasat, to be flighted later this week. We discuss the latest developments such as Sergio Marchionne’s passing and the impact thereof on Ferrari/F1, the Force India situation, the fact that no 2019 F1 calendar yet exists – in recent seasons announcement were made during the Hungarian Grand Prix at latest, so clearly Liberty has issues in assembling a 21-race (or even 20-race) calendar – and the 2020-3 tyre tender.

Have a quick chat with Robert Fernley – still technically a director of Force India – about the latest developments and their effect on the team. Although he is understandably guarded in his replies, I gain the impression that the situation is complex, and may run for a while. 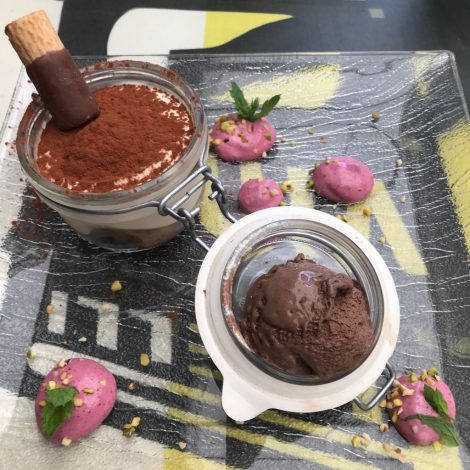 Lunch at Pirelli with my colleague Lawrence Barretto, now with FOM on the media side. We’d always worked well together at our previous publication, and it’s pleasure to catch up with Lawro.

I go for buffet starter consisting of tuna and sweetcorn, followed by a main of Beef Wellington (Italian style, so possibly that should be ‘Carne Wellingtoni’?). Tiramisu to finish – a wonderfully presented example (see picture). Lawrence chooses salmon and pasta in an orange sauce, but isn’t about to turn down a tiramisu.

I return to Zak Brown’s office in the McLaren Brand Centre to round off some of the stuff we’d discussed yesterday, then sniff around at Williams and Force India given that both will be affected in various ways by the fall-out from Force India’s administration. I get some valuable pointers, but nothing concrete.

Prepare for the grid walk – always a pleasure at packed circuits due to the atmosphere. I don’t know whether it’s my imagination, but it seems folk are moving about just that bit slower, either due to the heat stifling heat (35C ambient/58C track temperature), or fatigue after five races in six weekends. Maybe both. There surely is a lesson in there for Liberty for future F1 calendars.

Post-race – and I attend the Toto Wolff, Guenther Steiner and Charlie Whiting media sessions. Steiner tends to inject a bit of humour into his answers, but doesn’t hold back when necessary. Today he suggests that the stewards may sometimes err on the “wrong” side of the line for certain teams while possibly favouring others. All good media fodder tinged with honesty…

All the legwork done for the first half of the season, now it’s time to write up some reports for my various outlets, then finish off the day’s diary.

I depart the circuit, head for hotel and pack, ready for a wake-up call at 4:30am and trip to the airport for my 6:30am flight and home in Belgium. Next week it’s off to Iceland for 11 days. Can’t wait!