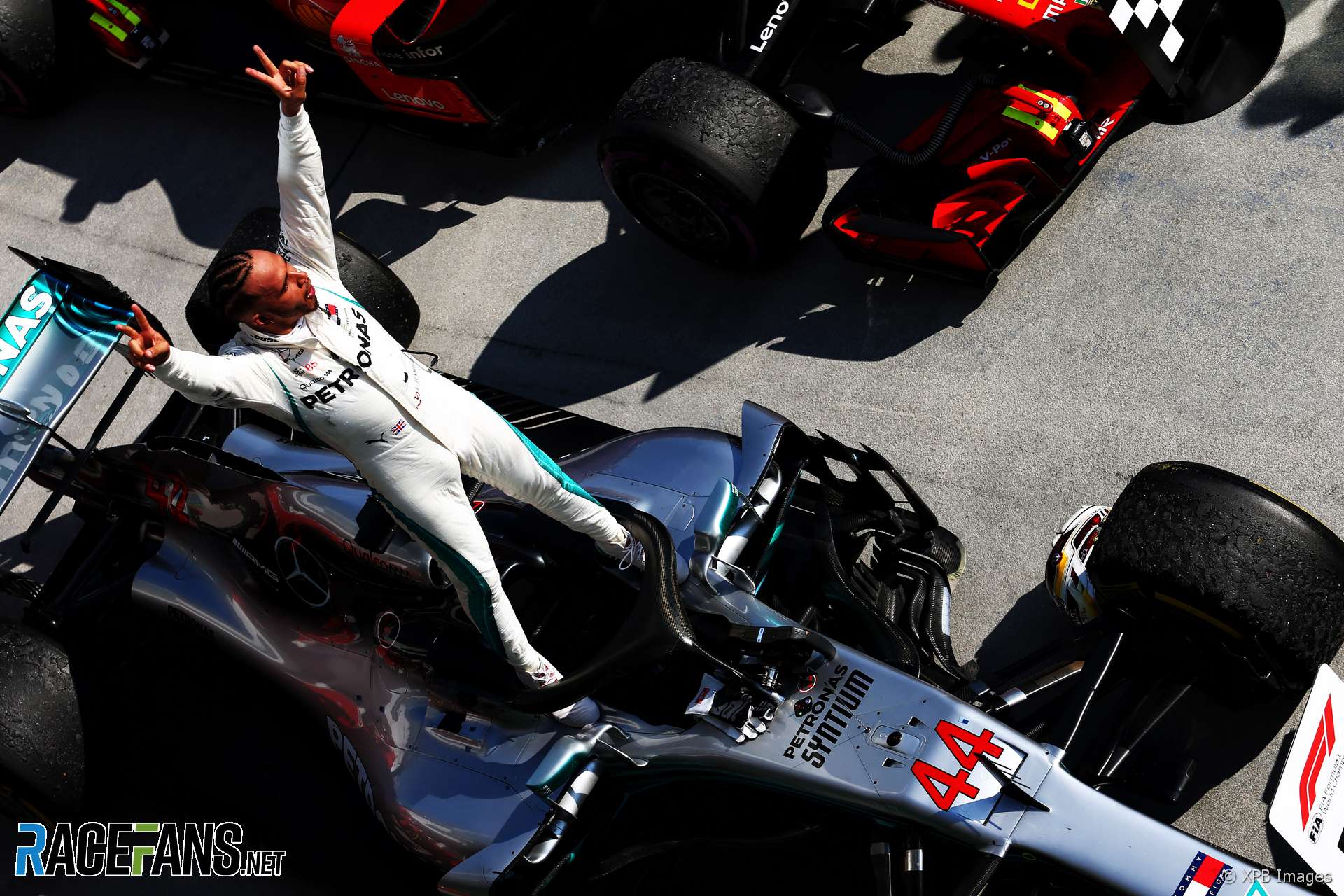 Lewis Hamilton says Ferrari were quick enough to blow Mercedes away in the Hungarian Grand Prix, if qualifying had stayed dry.

But after extending his points lead with his second win in as many weekends, Hamilton rejected a suggestion his victory means he had a couple of fingers on the championship trophy.

“You’ve seen the ups and downs we’ve had from this year, you’ve been ahead by some points and behind some points.

“I don’t believe there’s ever a moment that you’ve got your hands on the title or the trophy. We’ve got a long long way still to go and there’s still nine races. So a lot can happen moving forwards.”

“What’s really important is that we continue to keep up the pressure and keep working as we have done until now. There’s nothing we really need to alter. I think our work ethic has been very strong and the team morale is better than ever and the spirit is better than ever.

“We’ve just got to keep it up because as I said, we came here, we came to the last race, they kind of blew us away a little bit in qualifying, they would have done here had it been dry so we welcome the wet races, that’s for sure.”

Hamilton said he is unsure how competitive Mercedes will be when the championship resumes after the summer break.

“I’m not really certain what to expect. We’ve got Singapore coming up; Singapore’s another weak circuit for us so there are a few good ones and a few not so good ones ahead.

“It’s important to capitalise on those difficult weekends such as this and I think that’s really been a key strength of ours this year. We generally have come away with really good points at circuits which have generally been our weaker races.”