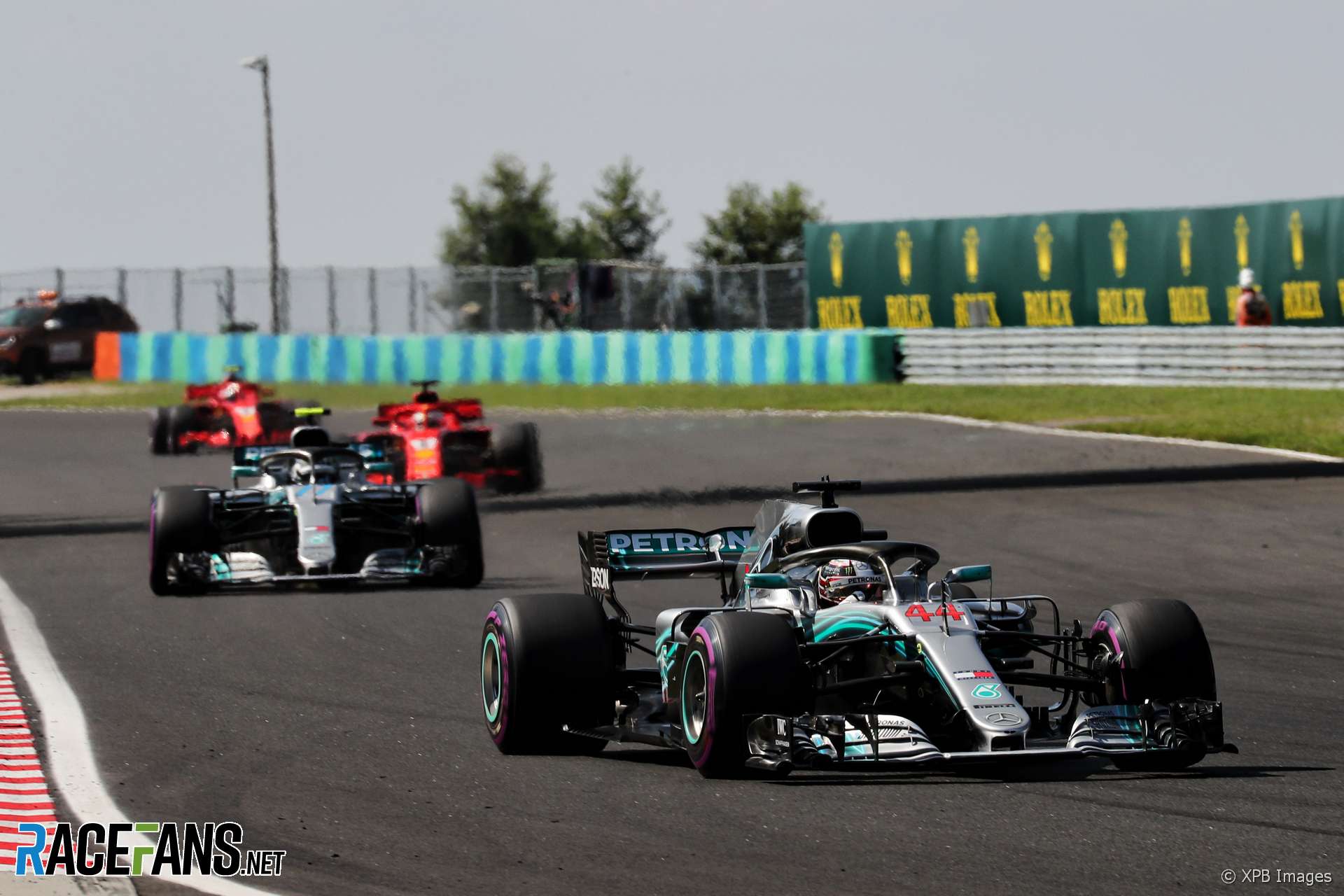 The Mercedes driver took his fifth victory of the season while Bottas was caught and passed by the two Ferraris of Sebastian Vettel and Kimi Raikkonen with fading tyres late in the race.

Hamilton believes that Mercedes’s strategy of not pitting Bottas for a second time was asking too much from his soft compound tyres.

“I definitely don’t think the team expected me to be able to eke out my first stint to lap 30 or whatever it was,” explained Hamilton.

“I think they were a little bit too optimistic, I would say, on the other side to make those tyres go that far. Even for me towards the end of my stint my tyres were on the way out. I probably could have done another 10 laps or 15 laps on them before they were completely dead. Their pace was obviously good but fortunately I’d done enough by then.”

Having pitted relatively early to cover Kimi Raikkonen, Bottas’s soft tyres were over 40 laps old by the time he was caught by the two Ferraris sporting much newer ultrasofts.

“I knew that at some point I’d need to pull the gap to these while they were still behind Valtteri,” says Hamilton.

“I knew the strategy that Valtteri was on it was highly unlikely that he was going to make it last and when I pulled away from the grid I knew that Sebastian had been on the soft tyre. We knew that it would also make it very difficult to win, even for me, so that’s why the gap was really important.”

33 comments on “Hamilton felt Bottas’s strategy was “too optimistic””