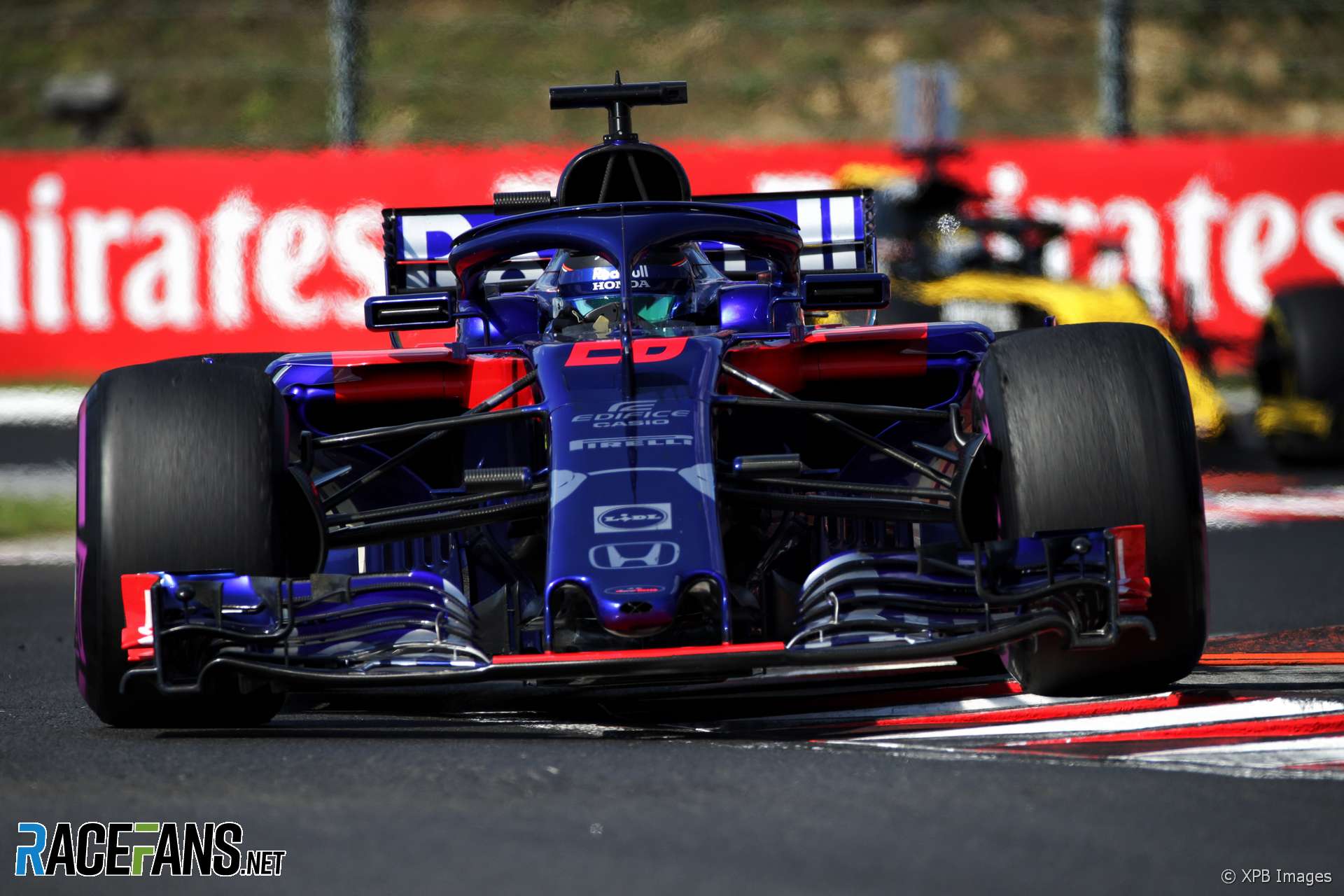 Brendon Hartley said his Hungarian Grand Prix strategy had a “double negative” effect on his race after he finished out of the points.

The Toro Rosso driver’s race started badly as he fell behind Kevin Magnussen at the first corner because he was trying to avoid a collision with his team mate.

“I had a really good start,” he said. “Had my nose up the inside of Pierre [Gasly] at turn one but obviously had to get out of it.

“He braked pretty early which worked out well for him. But I ended up losing the place to Magnussen – their start was very good. I almost got past Carlos [Sainz Jnr] at turn two, not quite though.

“Then the first stint he was on the harder compound tyre, I was on the softer compound. I had a lot of pace but nowhere to overtake.”

After that Hartley’s team brought forward his pit stop in response to Nico Hulkenberg pitting early behind him.

“We pitted very early to the mewdiums. I haven’t spoken to the team yet on the exact strategy but what’s clear is that didn’t work out for us.”

There were two negative consequences of his strategy, Hartley explained.

“The ones that stayed out on the softer compound tyres overcut us, and then I had blue flags as well. So we lost a place to Grosjean, the McLarens, I’m not sure who else. Obviously as a team sometimes you have to split the startegy but today it didn’t work out for me.”

Hartley finished out of the points while his team mate took sixth place,

“It’s disappointing,” said Hartley. “I didn’t really make any mistakes today. I didn’t lose any places on track. But I ended up out of the points.”