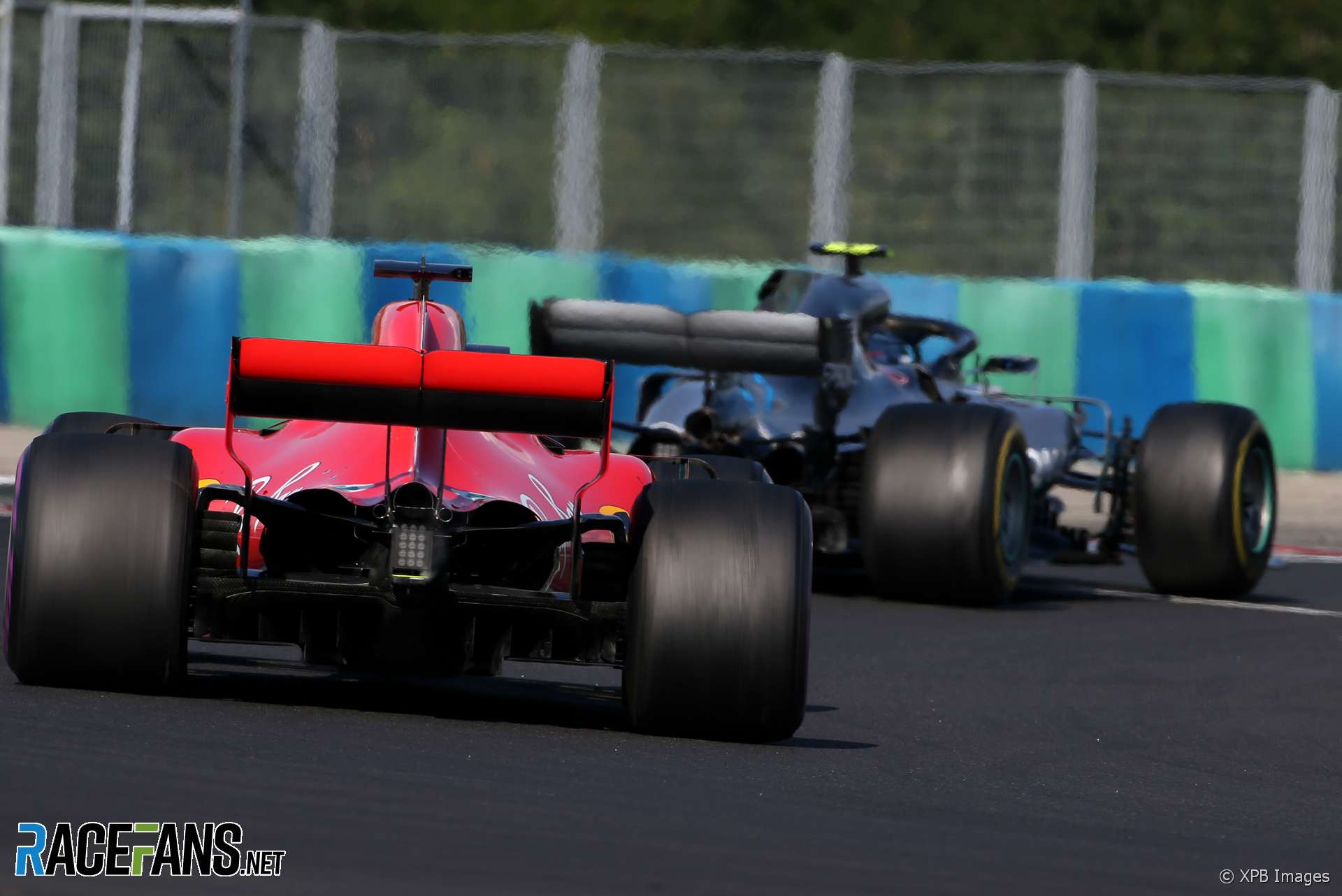 Sebastian Vettel says his slow pit stop in the Hungarian Grand Prix probably didn’t cost him a chance to win the race.

The Ferrari driver lost time in the pits when his mechanics had trouble swapping his front-left wheel. It was the third-slowest complete pit stop of the race.

Vettel had been hoping to come out of the pits ahead of Valtteri Bottas, who he had built a gap over despite losing time in traffic.

“We were faster on an older tyre than Valtteri and pulled a gap. Then I think it’s a bit difficult to foresee the traffic and – knowing how well you go through traffic or not – and in that case I lost quite a lot.”

However Vettel lost 1.8 seconds compared to Bottas in the pits and emerged behind the Mercedes driver.

Had he come out in front, Vettel would have been around eight seconds behind Hamilton with 30 laps to go, and running on ultra-soft tyres compared to Hamilton’s softs. However Vettel doesn’t think he would have been able to catch and pass the eventual winner.

“And then it’s a completely different story, especially around here to overtake. So I think we could have done the catching bit but not really the overtake, so, in the end it doesn’t change much to the final result.”