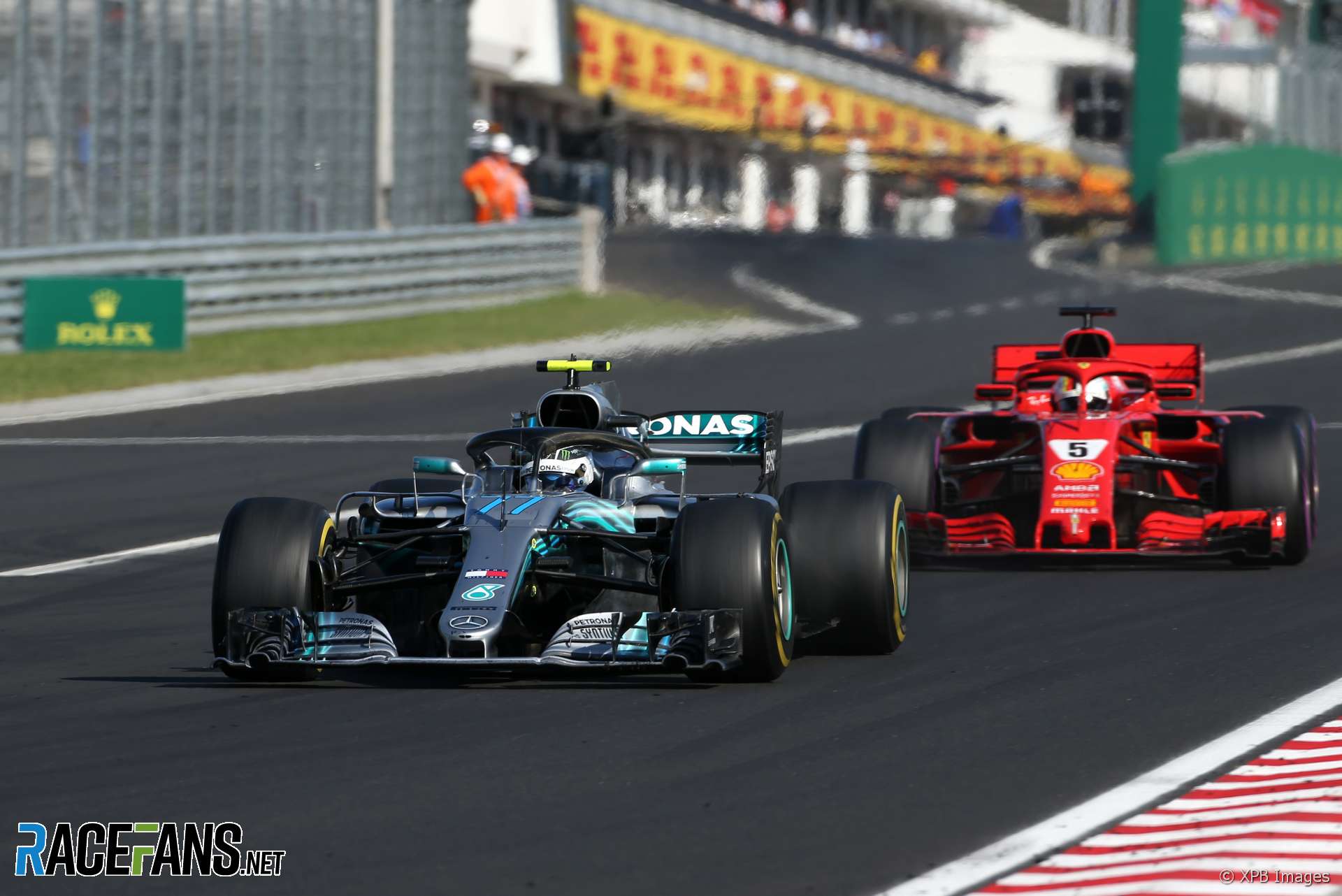 Mercedes doesn’t fully understand how Ferrari has made its recent breakthrough with its Formula 1 power unit, team principal Toto Wolff has admitted.

The team is considering whether to delay the introduction of the next step in its power unit development ahead of the upcoming races at two highly power-sensitive tracks, Spa and Monza.

Asked if he thinks he understands what Ferrari has done to unlock more performance from its power unit, Wolff said: “No. We just see that there is much more performance over the last few races that has been increasing and increasing.

“It sounds like I am a broken record, reminds me of other individuals that have sung that over the last years. And I don’t want to go there at all. We just need to really push hard on the chassis side and on the engine side and find that additional performance. It’s there. It’s not trivial, on the contrary, it’s very complex. But it’s there.”

Mercedes delayed the introduction of its first power unit upgrade this year, which was scheduled for the Canadian Grand Prix and arrived two weeks later in France. The team has used its ‘phase 2.1’ power unit for the four races since then.

Teams usually aim to introduce new, upgraded power units when F1 resumes after the summer break at two of the fastest circuits on the calendar. Ferrari intends to give Sebastian Vettel and Kimi Raikkonen its new power unit then having already run it last weekend in the cars of customer teams Haas and Sauber.

However Wolff said he may give Mercedes’s power unit team, led by Andy Cowell, more time to work on their next upgrade.

“[Andy’s] a super-motivated guy. All his lieutenants and troops are. We see what can be achieved and what needs to be achieved.

“At the moment we are in an interesting phase on the third engine and we are trying to extrapolate how much performance gain we can find until Spa and Monza. Only once we know that number we will be able to decide whether we need to postpone or do something else.”

Asked whether Mercedes will be able to match Ferrari’s breakthrough, Wolff said “it’s very complex and not straightforward at all.”

“Because of the maturity of these regulations it’s very difficult to extract additional performance without harming reliability. Every experiment you do that potentially adds performance needs to be validated against reliability because a DNF is going to kill you in the championship much more than the ultimate, last tenth of performance.

“So it’s very complex to extract more performance in a level that we need to be sufficient. But it’s a challenging target.”

Ferrari is rumoured to be using a unique battery arrangement to recover and deploy energy more quickly than its rivals can. Wolff vowed the team will do everything to close the gap to their rivals.

“Andy Cowell and his troops, including the chassis integration team around John Owen, will leave no stone unturned in order to match it. [We’d] rather go up in flames than not match their performance.”