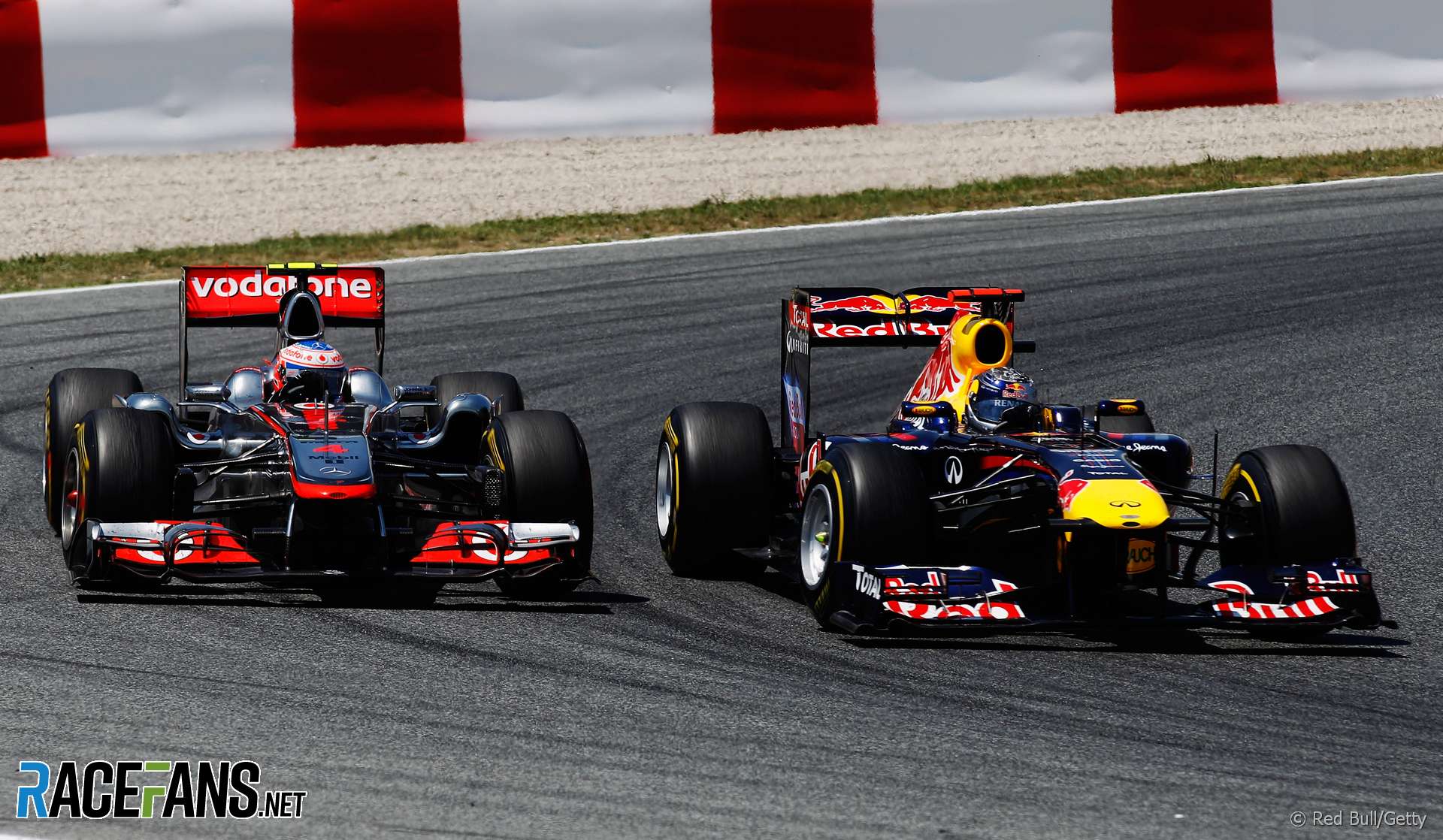 The FIA wants to bring back the high levels of tyre degradation which was previously seen in Formula 1 in 2011 and 2012.

A tender issued to potential tyre suppliers for F1 between 2020 and 2023 sets targets for degradation. It includes a soft tyre compound which becomes two seconds per lap slower over 10% of a race distance.

F1’s official tyre supplier Pirelli was asked to produce high degradation tyres when it returned to the sport in 2011. It was later requested to produce more durable rubber, but the company’s sporting director Mario Isola says the new targets will move it closer to what was seen in 2011.

“We are analysing the numbers for degradation,” said Isola. “They’re quite high.

“That’s why before replying we are, with the guys in Milan, trying to make some simulations to understand what we achieve with these numbers. They are probably not far from 2011, 2012. We are making the comparisons to understand.”

Isola pointed out that while the tyre degradation targets can be reached, teams will always be able to reduce how much degradation they experienced by telling drivers to manage their pace.

“Pure degradation [is one thing], a different thing is degradation during the race. Because during the race, the teams have it in all their interests to manage degradation and reduce it without reducing too much the pace in order to achieve the best result. They are in competition, so they have to do that.

“So we need to put on the table all these aspects to understand which is the final result. Because of all these numbers, it’s not very easy to predict that without support from the numbers.”

The degradation levels specified are “high”, Isola stressed. “Honestly they are quite high.”

The Spanish Grand Prix saw over three times as many pit stops in 2011 compared to 2018 (with four more cars in the field). Although car performance was around eight seconds per lap slower, the race winner’s lap times dropped off more quickly over a stint as well:

The FIA’s tyre degradation target for 2020

The FIA has set the following targets for tyre degradation aimed at “improvement of the show” from 2020:

The provider should commit to using their best endeavours to achieve these criteria in 75% of circuits in 2020, and to improve their performance with respect to this objective throughout the whole period of the tyre supply.

Target A1: The provider will make available three compounds at each race event, which, considering the nature of the circuit, will target the following performance and degradation characteristics:

The intent is to create the maximum number of race strategies yielding race times such that multi-stop strategies provide just enough potential of a beneficial outcome to encourage the greatest variety in the racing spectacle. For a typical circuit:

Note that the provider need not be constrained to a three compound range in order to achieve this target. It is perfectly acceptable for a named compound to be different at different circuits.

The FIA has also told tyre suppliers they can suggest changes to the proposed targets for tyre performance.