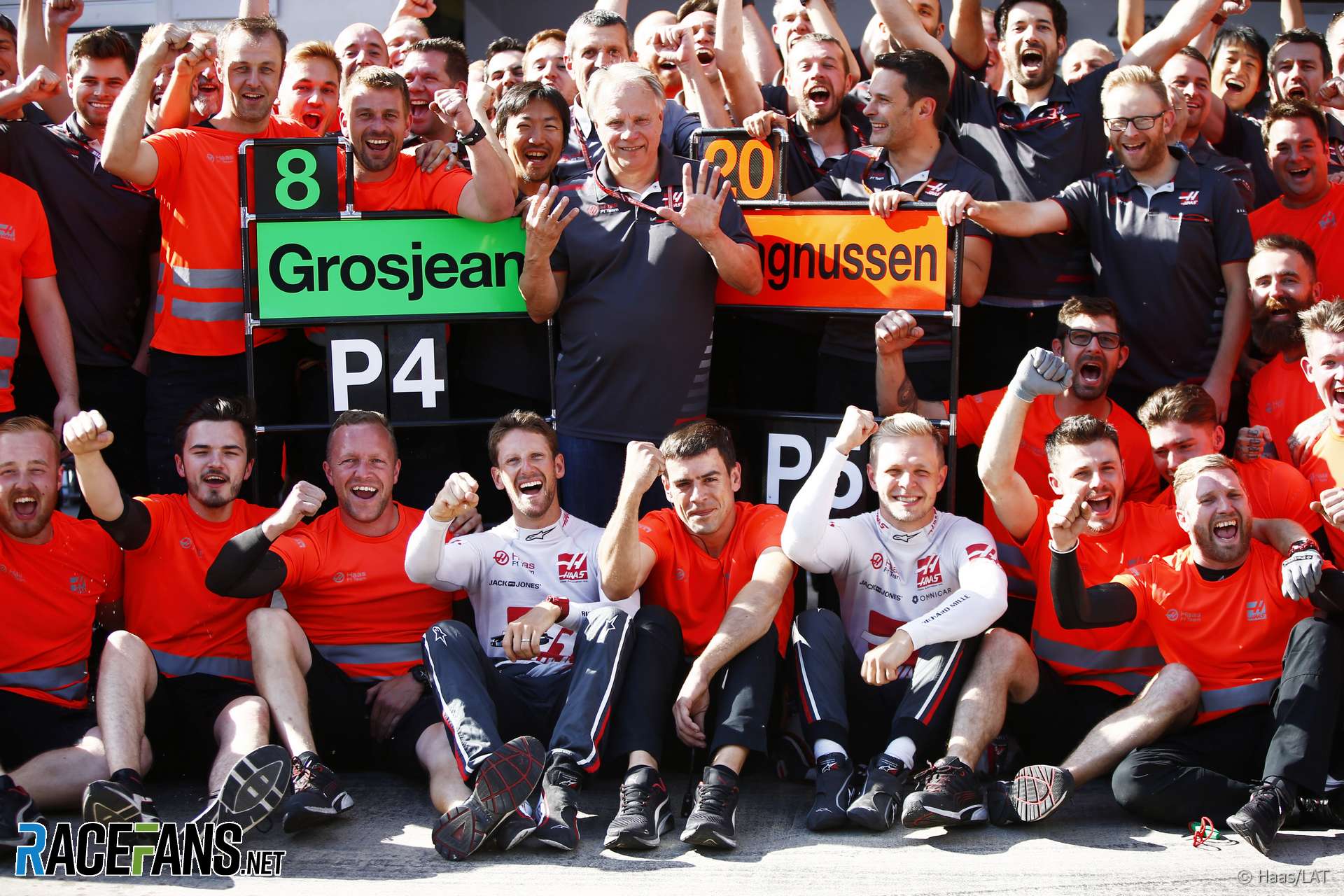 In the round-up: Renault technical director Nick Chester says the team is concerned Haas could wipe out its advantage in the constructors’ championship by repeating its Austrian Grand Prix result.

Chester was asked whether Renault could afford to slacken its development pace in the second half of the season:

We know we can’t really. We’re going to have to develop. We’ve got things in the pipeline that are going to hit after shutdown. Maybe when we get to race 15, race 16 we can review it but by then most things will be in process anyway.

It’s just too tight. With only 21 points in it, you know, the Austria result you could wipe that out. We’ve got to keep going, keep pushing and just get pace on the car.

Finally come to the realisation that there's NO point in buying both @autosport and @MotorsportNews. But which one to give up? @BenConsty's recent roll reported by the same person. So answer please: which one do I stop?

I look forward to every race, however, for me just going past the sign that says 'Welcome to Silverstone The Home of British Motor Racing' is extra special and I can feel the excitement mounting. pic.twitter.com/0apQ3LWG9K

I keep seeing @alo_oficial's decision to leave #F1 described as a "bombshell". I don't agree. @danielricciardo joining @RenaultSportF1 was this, but Alonso deciding against another year at McLaren (and lacking serious options elsewhere) was foreseeable: https://t.co/F9NdDQNOE8

Alonso is tipped to take an IndyCar drive with the Harding team next year.

Cyril Abiteboul says Renault will catch and could overtake Ferrari and Mercedes in 2019.

"A superimposed Rolex clock during coverage of the 2016 Singapore Grand Prix resulted in multiple Formula 1 broadcasters raising concerns to Formula One Management (FOM), the UK communications body Ofcom has revealed."

"In the hours after the Alonso news, (Lando) Norris tweeted a GIF with the word: 'Interesting'."

"It was actually through a friend with mine, who was testing with ByKolles in Portimão, James Rossiter. He said, ‘the BR1 looks quick, you should see if there’s a seat available.'"

"I remember taking him aside at Silverstone in 2014, saying I knew he was thinking about a move, and telling him of internal ructions that were going on at McLaren, and pointing out what a big risk many thought he would be taking. 'Maybe,' he said."

"Scope has no idea who donated the suit, and it has been suggested that it could raise up to £2,000 for the disability charity."

What’s your verdict on Formula E after its first four seasons?

Formula E is a fun series to watch if you can. Yeah, it doesn’t have some characteristics that F1 has and we love, but that’s the point of its existence!

We have seen four years and the series were unpredictable, all teams could sprung a surprise result and more and more big manufacturers are coming into the series.

A big problem with Formula E is their circuits. With the exception of Marrakesh and Berlin, all the other street circuits are messy and it makes it difficult to follow the race process.

Heading into season five, FE is growing, with bigger names coming into the series. Looking forward to see the new cars in action.
Miltiadis (@miltosgreekfan)