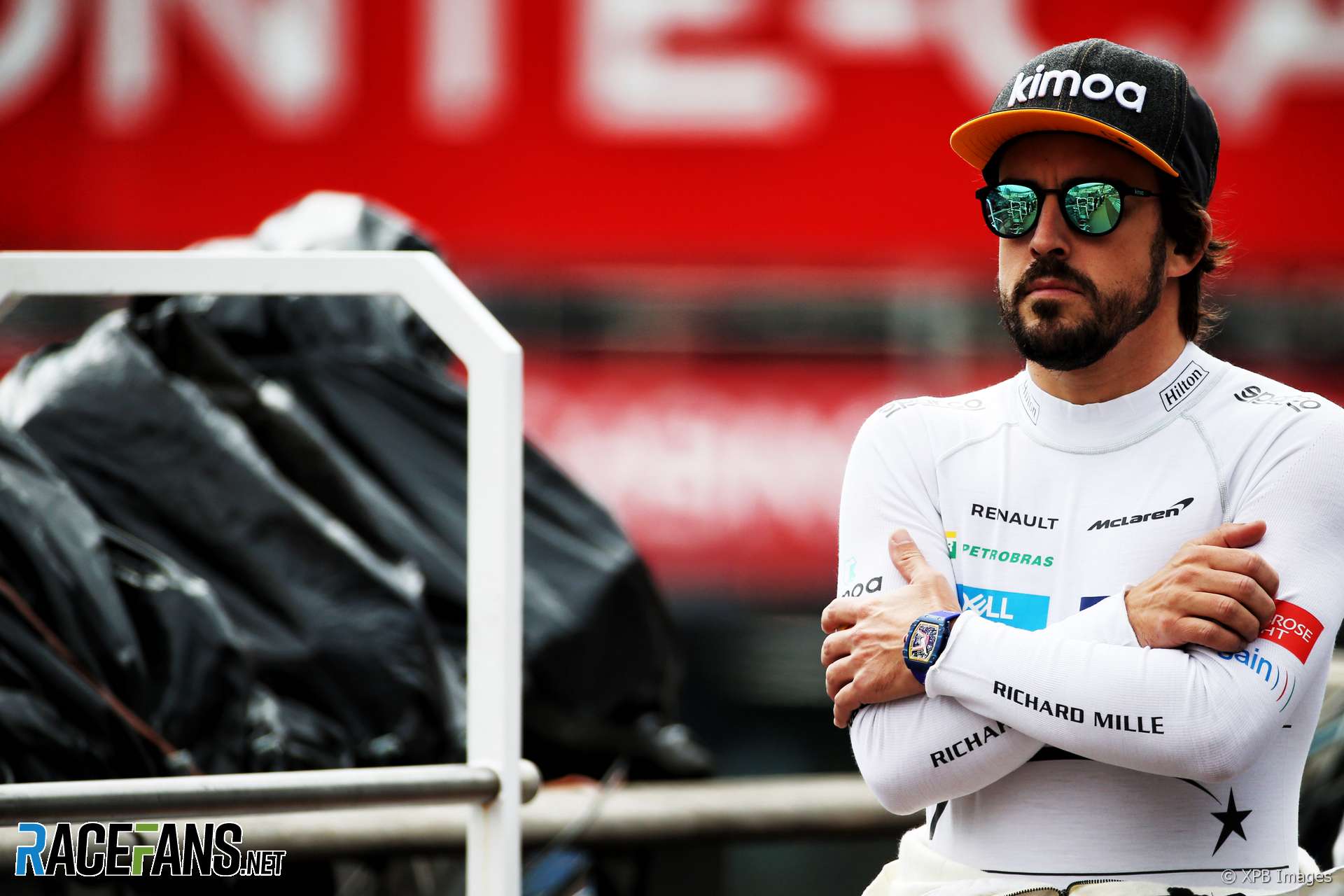 The McLaren driver said the increased predictability of F1 is why he will not drive in the sport next year. He has been tipped for a move into IndyCar.

“I think he’s right and we have a plan to fix it,” said Bratches during today’s Black Book Motorsport Conference. “I wish he was around for another 10 years to be part of that.

“He’s been such a phenomenal ambassador for the sport, such a hero, a legend. I hope that his brand stays around for many years to come.”

“There is an opportunity for Formula 1 to be less predictable,” Bratches admitted. “I think it’s important that we get there.

Bratches said the example of Premier League football shows how much competitive F1 could be. “Since the 14/15 season the bottom three teams have either beaten or tied the top six 29% of the time,” he pointed out.

While expressing disappointment at Alonso’s decision to leave, Bratches hopes the McLaren driver could become an ambassador for the sport one day.

“I was disappointed from a business standpoint. He’s been around for a long time, he’s climbed the highest peaks. I respect his decision to move on.

“I hope we can engage him to be an ambassador of this great sport for us going forward.”

24 comments on “F1 wants Alonso as ambassador despite criticism”