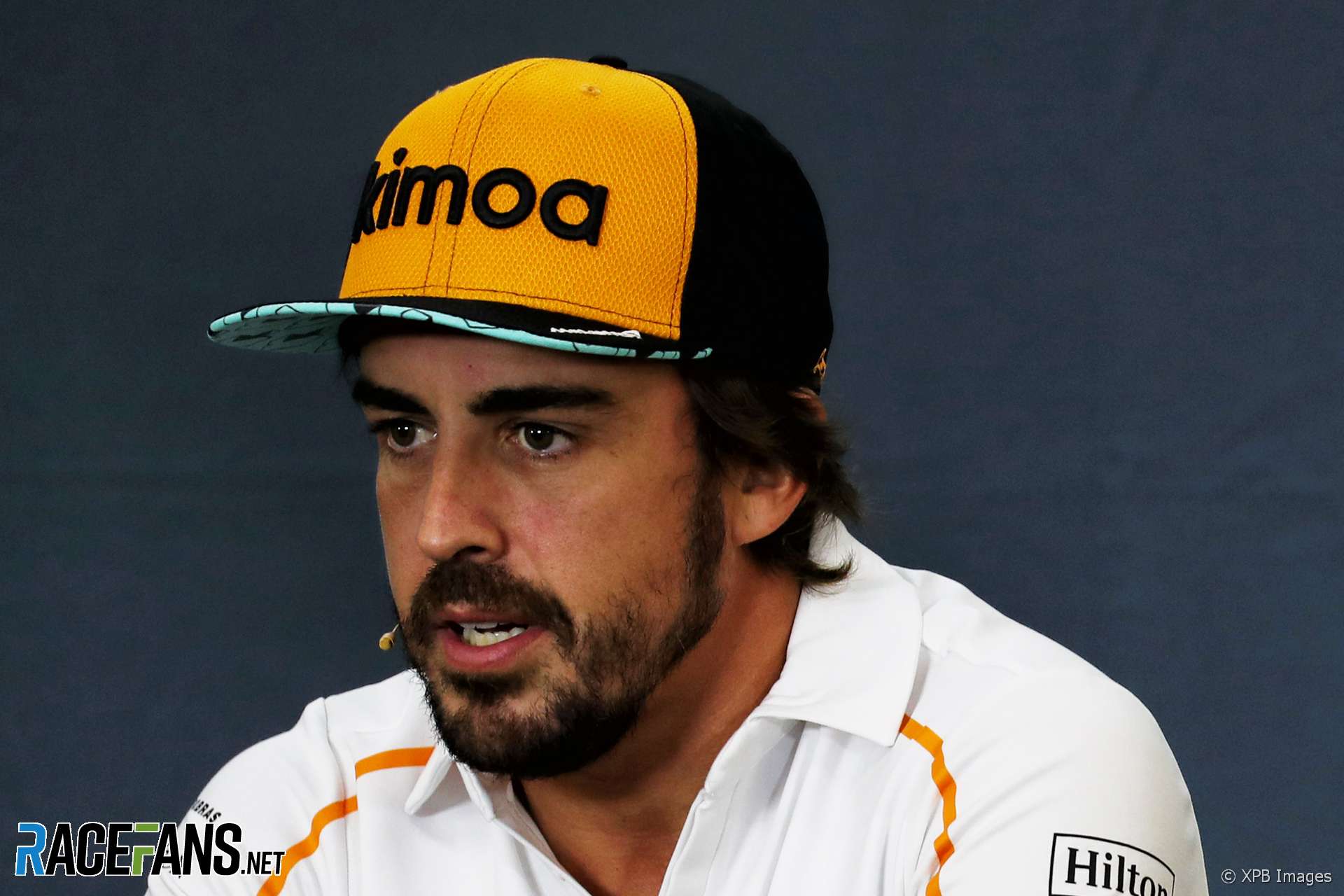 Fernando Alonso has admitted he might have stayed in Formula 1 if he had a competitive car.

The McLaren driver announced last week he will not return to F1 next year. He later blamed the sport’s predictability for his decision to leave, saying the action is not as exciting as when he joined F1 in 2001.

However in response to a question from RaceFans in today’s press conference, Alonso admitted that not having a competitive car was also a factor.

“I think definitely it plays a part of it,” he said. “If you are in one of those [top] two teams probably you keep going even if you don’t enjoy the races or the trips or the amount of years that you’ve been doing the same thing, that’s for sure.”

Alonso said he didn’t intend for his comments and F1 being predictable to be taken as a comparison with past F1 seasons or other championships.

“Formula 1 has always been a sport that dominates one or two teams,” he said. “The package is way more important.

“Within different seasons and different years that we had a little bit more freedom of strategy or choices or tyres. Even if one team was clearly dominant that season and world champion at whatever part of the year there’ve been always some race with heat, with cold, with wet, with inters that provides some action.

“Same with the strategy. In 2004 I won zero grands prix but I was in a couple of pole positions or podiums or whatever because we chose to run light fuel on Saturdays or gamble for the race. There’s been always a little bit of action. Maybe now it’s not the same.

“It’s nothing to compare, all my comments are not to compare those seasons against these years recently, or other series compared to this series, because normally my words have been taken to compare different series and different seasons and say that I’m wrong. Probably I’m wrong.

“It’s my decision and I’m happy with that.”