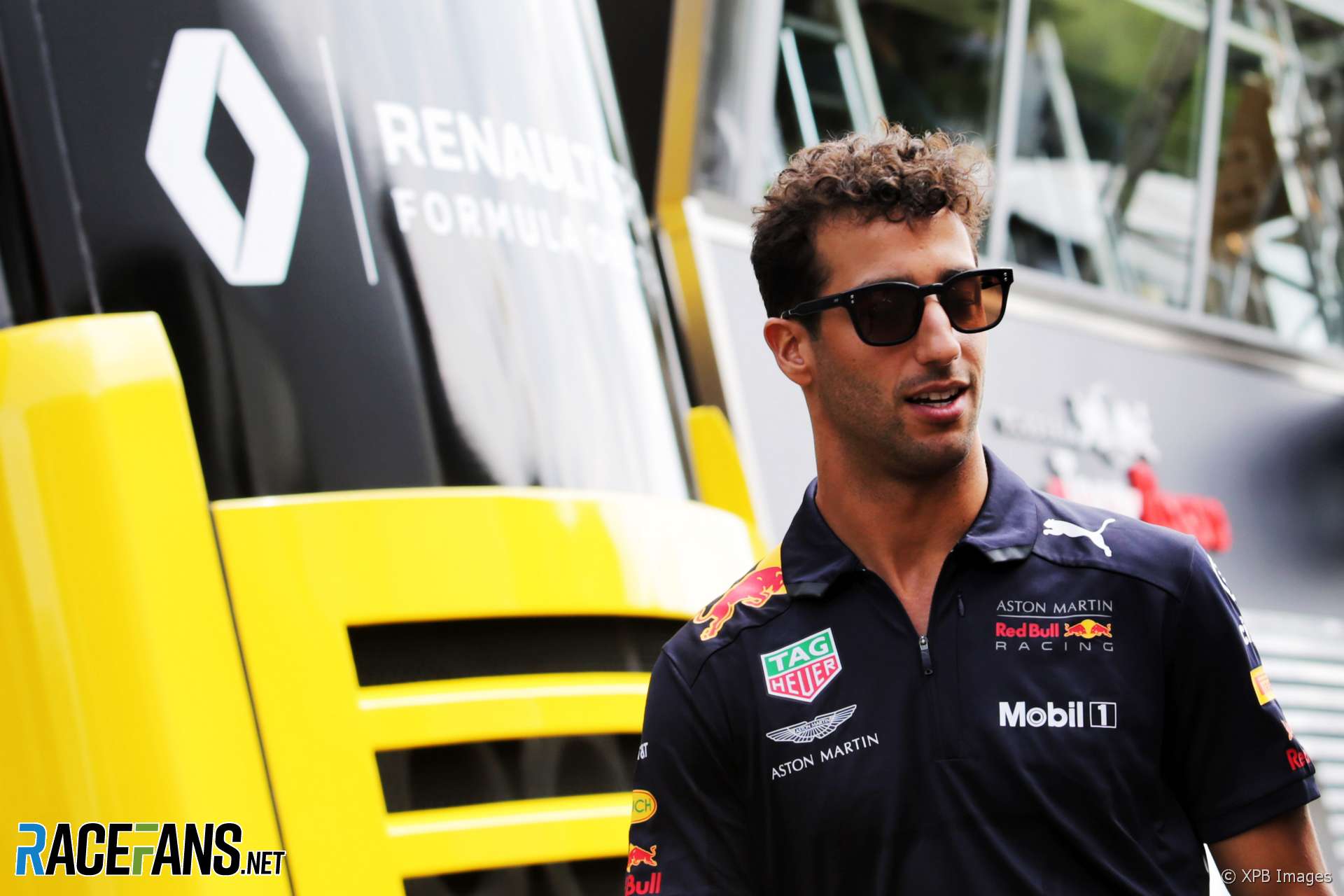 Nico Hulkenberg says Daniel Ricciardo’s arrival at Renault will increase pressure on the team to produce a race-winning car.

Hulkenberg, who is in his second season with the team, said he was told about his change of team mate for 2019 on the night before Ricciardo’s move was revealed by RaceFans.

“For me it’s good news,” he said in response to a question from RaceFans. “I was happy with Carlos [Sainz Jnr] but I’m happy with any team mate.

“Obviously bringing in a driver like Daniel shows that Renault’s serious. It also puts a bit of pressure on them to deliver a good car, bringing a multi-grand prix winner. It’s only positive.”

The news of Ricciardo’s arrival has added to the team’s motivation, Hulkenberg said.

“I think everywhere it was received very well, in the factory as well as in Viry. It shows the employees as well the seriousness, that Renault wants to really move to the front of the field that they want to be back in form competing for victory.

“And for sure it will motivate everybody and put a spring in their steps.”

Hulkenberg, who is yet to score his first podium finish in Formula 1, said he isn’t concerned about going up against a multiple race-winner.

“I think I just have to do my homework. I’m not worried about that or [my] speed. I think I can compete with anyone if I’m in good form and doing my homework then I don’t think I have to hide from anyone.

“But I’m looking forward to the challenge. He’s a strong driver with a very good reputation. Like I said before it’s a win in every aspect.”

6 comments on “Hulkenberg: Ricciardo move puts pressure on Renault to raise their game”