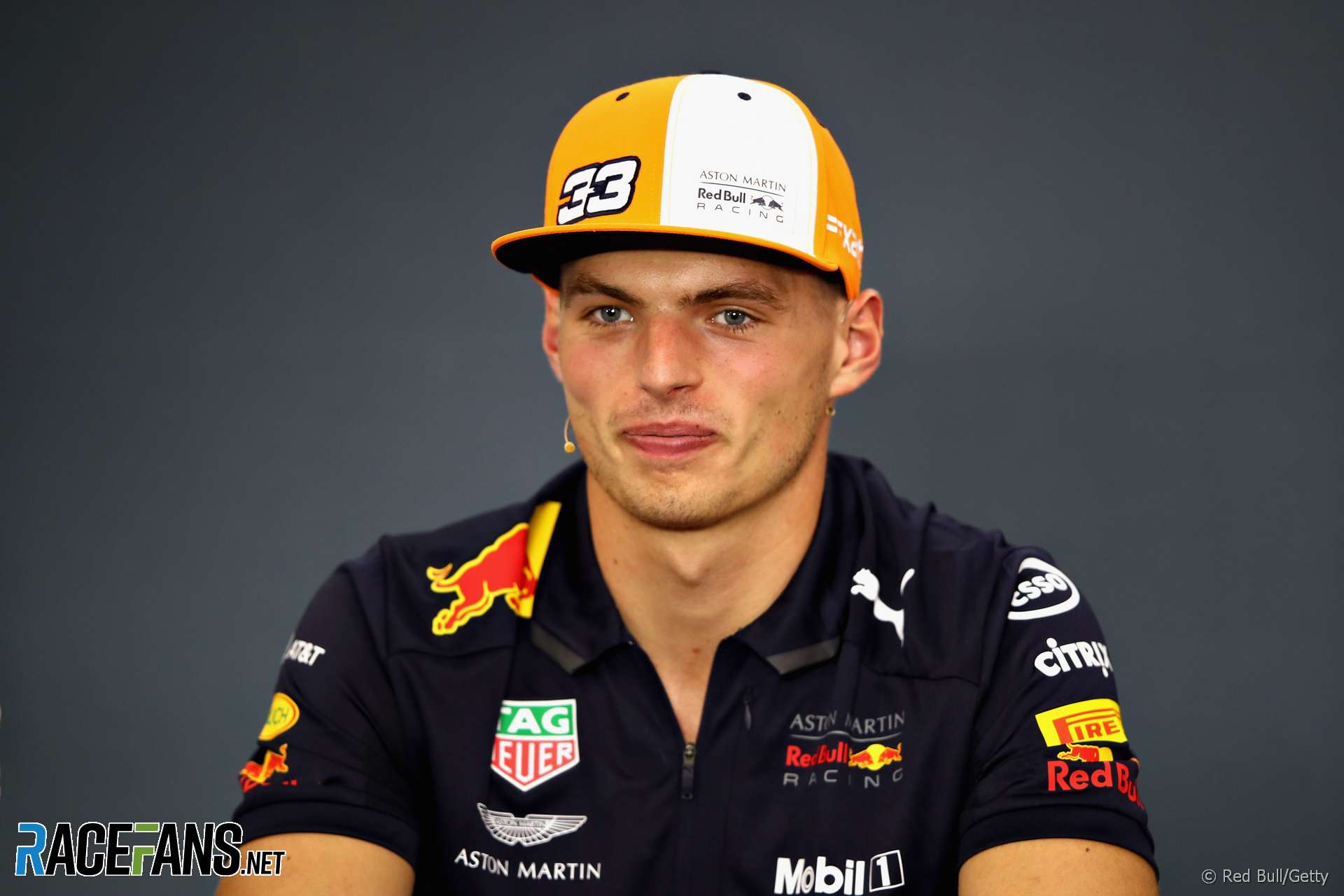 Max Verstappen says he was surprised Daniel Ricciardo decided to leave Red Bull and doesn’t believe his team mate has made the right decision.

“I think everyone was surprised,” said Verstappen in today’s FIA press conference when asked about Ricciardo’s decision to join Renault. “But at the end of the day, he has to feel good about his decision, I think that’s the most important [thing].”

Ricciardo admitted he had “a few sleepless nights” weighing up whether to stay at Red Bull to drive their Honda-powered car next year. Asked whether he’d switched teams because he wasn’t convinced by Honda, he said his decision hadn’t been motivated by a single factor.

“There are a lot of unknowns with everything,” said Ricciardo. “Obviously even the move where I am going to be next year. There is still a certain amount of risk or unknowns. Nothing was really that clear cut.

“Sure, Honda still really need to prove themselves at the front. But honestly there wasn’t really one key factor other than really myself and wanting to have a change of scenery I guess.”

But Verstappen remains unconvinced Ricciardo has made the right move.

“Everybody has moments in their careers when you’re frustrated or you’re not happy with the current situation. I think everybody here wants to win races or wants to win championships.

“But sometimes it’s not like that and you have to really be patient and work hard for it. And sometimes you need the whole package to come together and I think that’s what Red Bull is working on at the moment and I’m confident that they can deliver a car that is capable of winning every race. We just need the whole package and we’re working towards that.

“So that’s why it was also a little bit of a surprise for me that he left. If it then is a change of scenery, I’m not sure if it’s the best scenery to go to.”

41 comments on “Verstappen doubts Ricciardo has made the right choice”