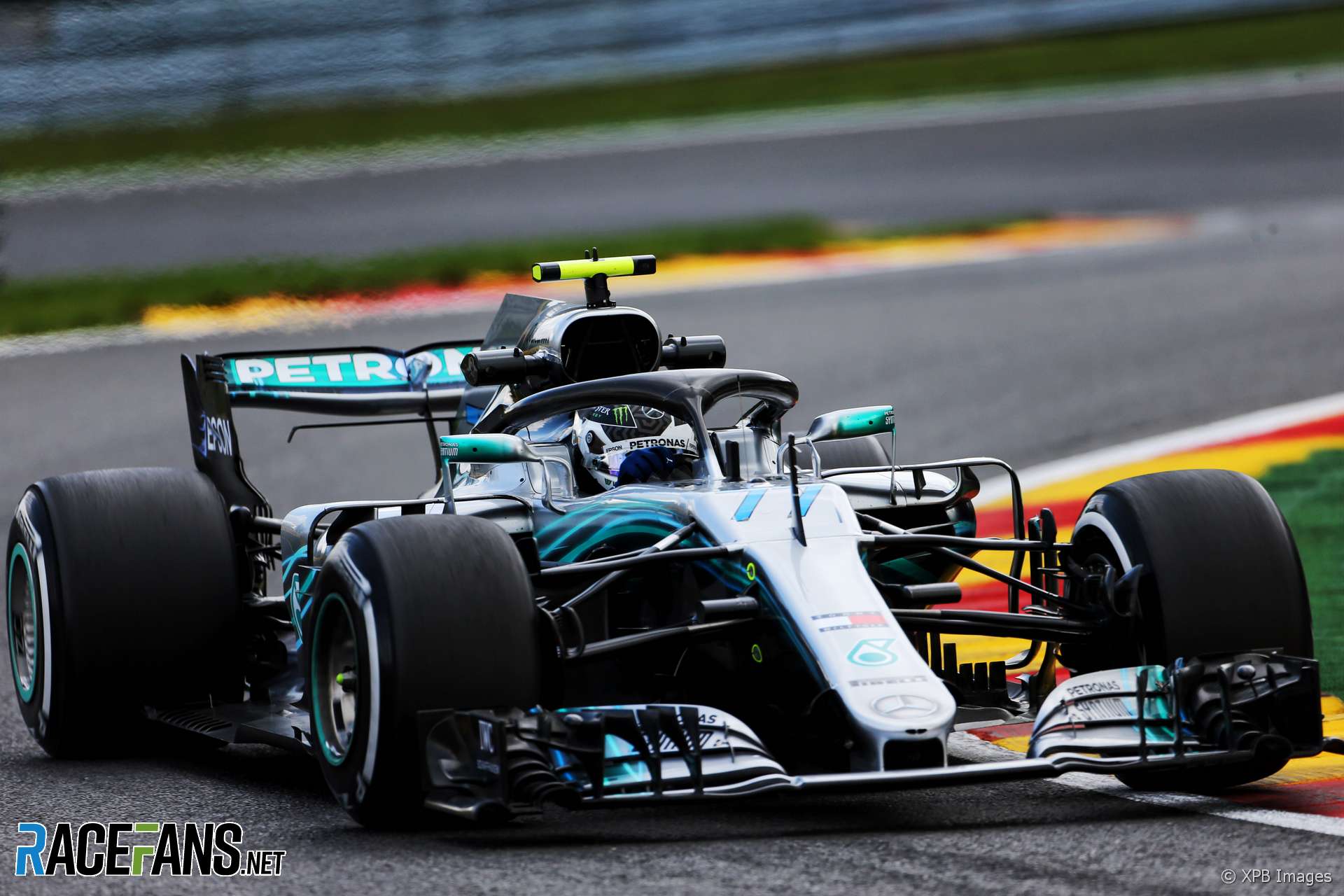 Valtteri Bottas has been reprimanded for forcing Stoffel Vandoorne off the track during final practice.

Bottas accepted responsibility for the incident, according to the stewards.

“The driver of car 77 [Bottas] conceded the incident was his fault and that he had not seen car two [Vandoorne] approaching, despite checking his mirrors and having heard a warning message from his team,” they noted. “He believed that car two was further behind than it actually was.

“The stewards determined the incident was not intentional or reckless and for this reason imposed the penalty referred to above.”

The reprimand is the first Bottas has received this season. Any driver who receives three reprimands is given an automatic 10-place grid penalty.

Vandoorne admitted the incident had been “scary” but said he was relieved his car wasn’t too badly damaged,

“We were on a new tyre run, Valtteri came out of the pit lane, he didn’t see me coming. I had to take a decision to either go left or right.

“And he didn’t see me coming, I got pushed on the crash. It was a rather scary incident but not much damage, that was a good thing.”

Bottas explained why he failed to see Vandoorne: “I exited from the pits and out of turn one I got a call that there would be two cars behind me, to let them past.

“I looked in my mirror and I saw one car so I think Stoffel was that close to Fernando [Alonso] that I didn’t see him. So I let Fernando go up to Eau Rouge, then again I looked in the mirror on the right-hand side, I saw no one.

“And then on the left suddenly I saw an orange car next to me and it was too late. So just my bad, I didn’t see, obviously I looked in the mirrors at the wrong time.”