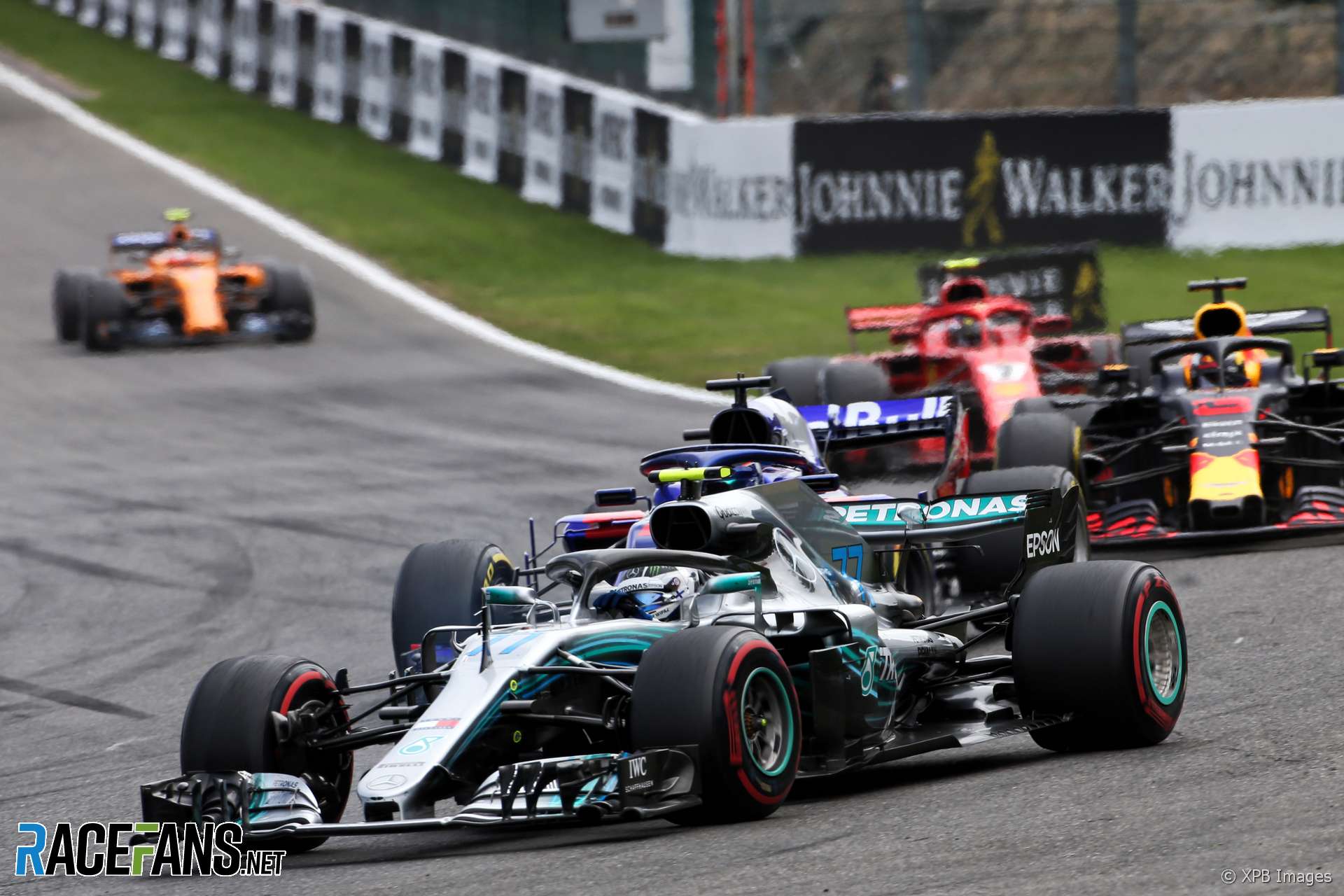 Valtteri Bottas has been given a five-second time penalty for causing a collision with Sergey Sirotkin at the start of the Belgian Grand Prix.

The stewards said Bottas “admitted the collision was his fault, that he had completely misjudged the situation and that the braking of car 35 caught him by surprise and that he should have left more margin.”

Bottas finished fourth, 7.4 seconds ahead of Sergio Perez, which means the penalty does not affect his finishing position.

The Mercedes driver was also given two penalty points on his licence for hitting the Williams. Bottas is now on four penalty points for the current 12-month period.

He said the collision happened because he was caught out by how soon his rivals braked. “I got a good start, I was on the inside and just got surprised by how early everyone braked in the inside and I hit the car in front,” he said.

The penalty was handed down after the race despite the incident occuring on the first lap. Race director Charlie Whiting said the delay was due to other incidents which happened at the start of the race, icluding the major crash triggered by Nico Hulkenberg:

“It was just a bit late being noticed,” he said. “There was a lot going on that first lap. We sort of didn’t really know why Bottas had come in at the end of the lap. It was just something that was not picked up as an incident.”