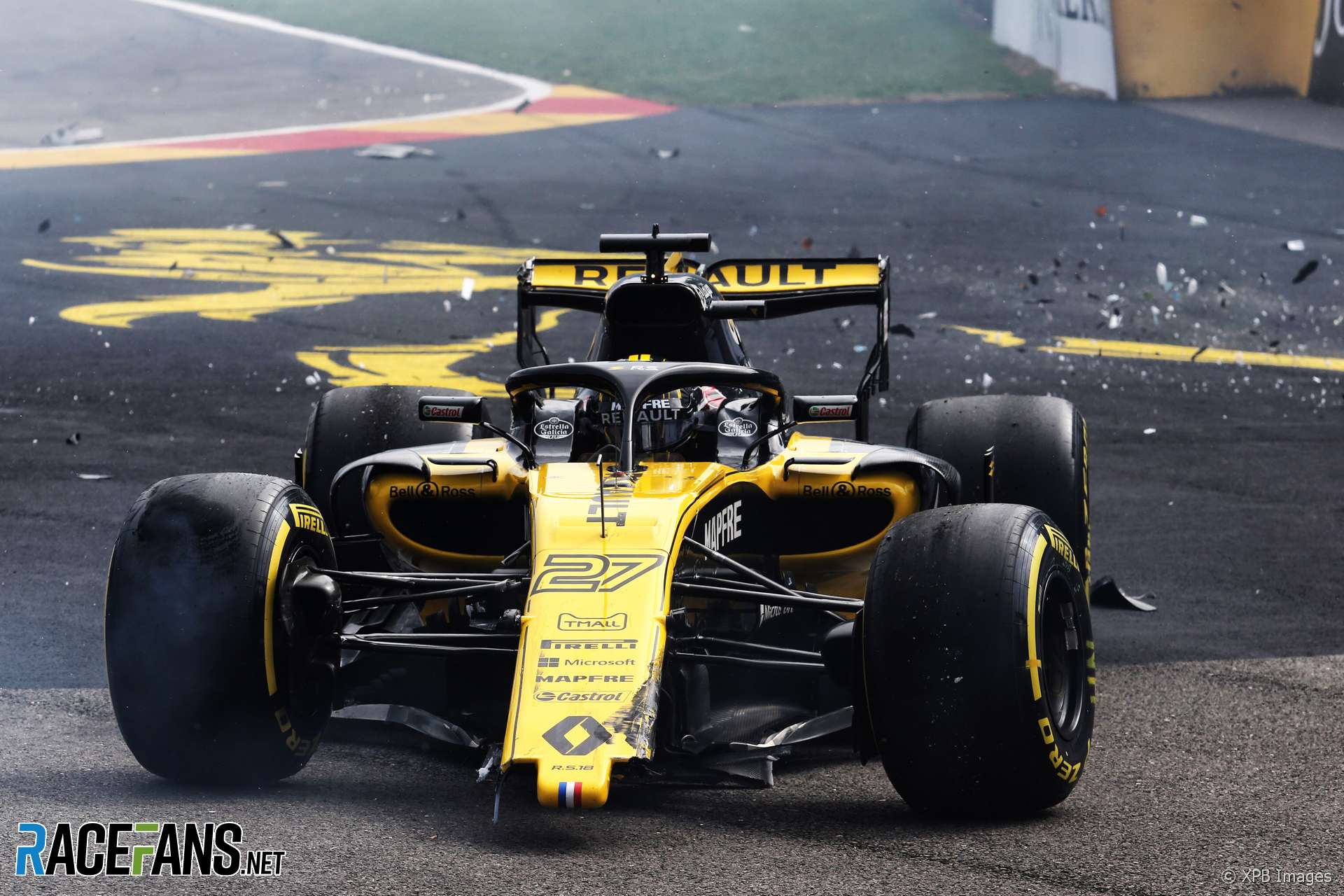 Nico Hulkenberg has been given a 10-place grid penalty for the next race at Monza for causing a multi-car crash at the start of the Belgian Grand Prix.

The stewards ruled: “The driver of car 27 stated that he completely misjudged the situation and freely admitted it was his mistake.”

Hulkeneberg said he “probably misjudged a bit on my side” where to brake for the first corner at the start. “Was also given three penalty points on his licence for the collision, giving him a total of four for the current 12-month period.

The crash led to the retirement of four other drivers. It prompted comparisons with a similar multi-car collision triggered by Romain Grosjean in 2012, which led to a one-race ban for the driver.

The stewards acknowledged this in their ruling: “It should be noted that since 2014 the FIA has introduced the penalty points system which takes into account previous offences by a driver and can lead to a race suspension if 12 points are accumulated within a 12 month period. This system was not in force when an incident not dissimilar to this, occurred in 2012.”

FIA race director Charlie Whiting, who has the power to refer matters to the stewards but does not take the decisions, said Hulkenberg accepted responsibility for the crash.

“It was clearly Nico’s fault,” said Whiting. “He admitted completely, he said he was completely to blame for it. And he took three, arguably four cars out, or destroyed their races. I think that obviously came into it.

“I think the points are exactly right and I think that the 10 grid place penalty is pretty much what he expected. He didn’t say too much after it.”