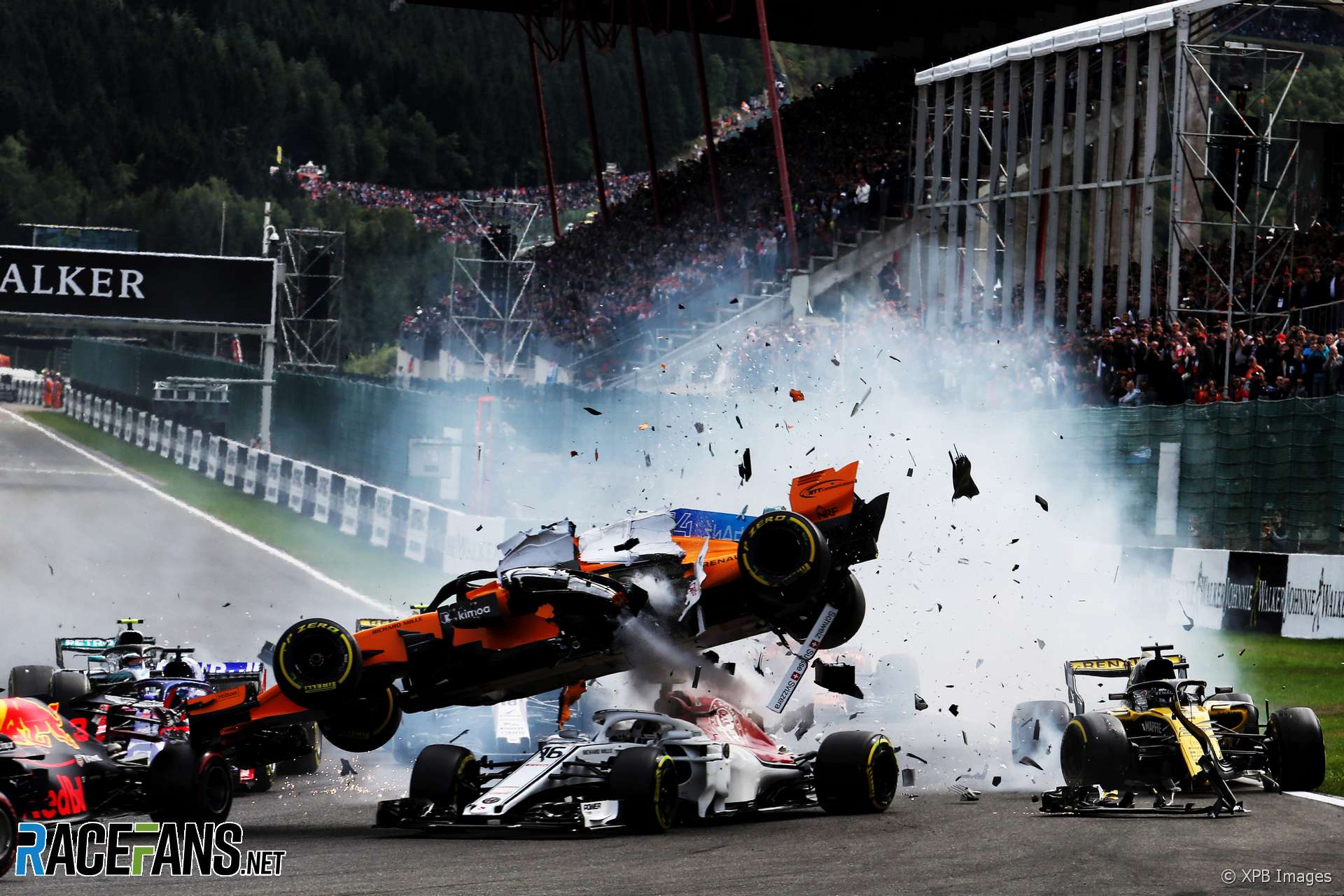 Charles Leclerc praised the role of his Halo after Fernando Alonso’s McLaren went over the top of his car at the start of the Belgian Grand Prix.

The introduction of the Halo this year in Formula 1 and other categories came amid debate over whether the safety innovation was necessary. However Leclerc was grateful he had the Halo on his car.

“I think the potential of the race today was big and it’s a shame to finish the race at the first corner.”

The collision was triggered when Nico Hulkenberg ran into the back of Alonso. The Renault driver later admitted the crash was his ‘misjudgement’.

Mercedes team principal Toto Wolff also believes the crash shows the importance of introducing the Halo. “It could have been very nasty,” he said. “Insofar, I’m happy that we have the Halo.”

The serious crash suffered by Robert Wickens, a former Mercedes DTM driver, in last weekend’s IndyCar race at Pocono prompted questions over whether that series should also introduce the Halo. However Wolff doesn’t believe the Halo would have made a significant difference for Wickens.

“I don’t think that the Halo would have changed anything,” he said. “I think he hit this nasty concrete pole that gave him so much energy that broke his bones. I think the way the catch fences work in IndyCar is something they need to look at.

“But obviously I’m speaking as a Formula 1 idiot who tries to comment on an oval race, who hasn’t seen one live.”