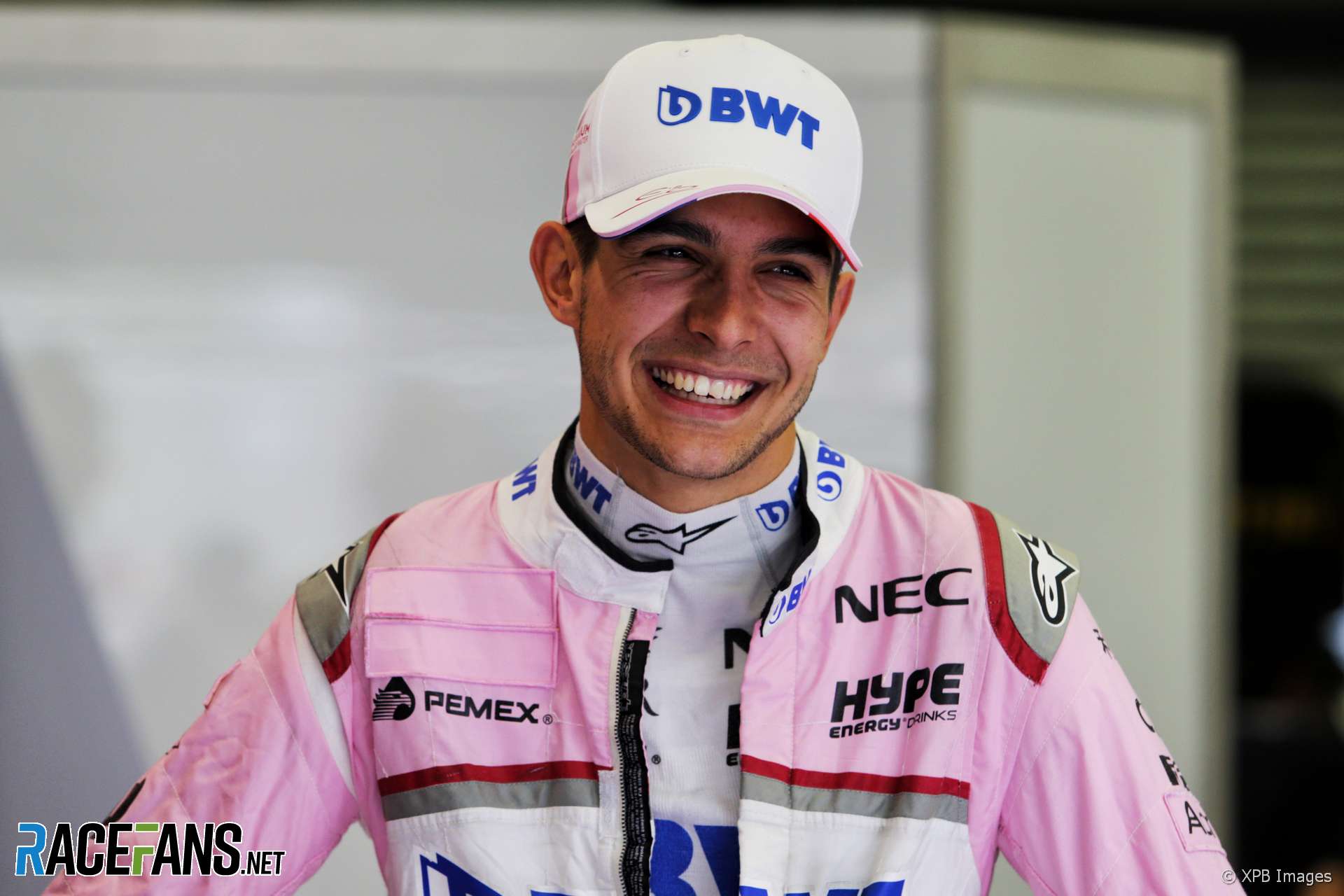 Esteban Ocon played a starring role in last weekend’s Belgian Grand Prix. But will he and Lance Stroll swap overalls before the next race? @DieterRencken brings the latest from Spa in the final instalment of his Paddock Diary.

Standard procedure for the weekend: continental breakfast of yogurt, fruits, croissants and coffee before heading to the circuit situated two miles away, although this time I bid host Luc farewell until next year.

The trip is a breeze – absolutely no delays, so within 15 minutes I’m parked up, through (cursory) bag security and in the media shuttle to the paddock. Clearly attendances are down this year regardless of the spin put out by the promoters, who said just a few tickets remained on sale.

Catch up on the latest on the Force India saga, plus some digging into possible movement on the driver market – whether this year or for 2019. One thing is clear: unless the Force India sale process and associated commercial details are derailed, the grid will undergo changes before Abu Dhabi. By just how much is the (ten) million-dollar question…

I’m told, for example, that Robert Kubica has a priority deal to replace either of the two Williams drivers not race, but – this is the key aspect – that the Pole’s contract includes a compensation clause, so he could be paid out. In that case, a straight Williams/Force India swap between Lance Stroll and Esteban Ocon (both currently Mercedes powered) would be possible, subject to certain bank accounts being well oiled.

Rewind 50 years to the 1968 #BelgianGP, where Bruce McLaren, our legendary founder, picked up the team's first ever @F1 win. Join us today in remembering the tenacity of Bruce. 👊 #F1rstWin pic.twitter.com/VAGLDu9ihL

Head for McLaren to collect my gift of the 50th anniversary orange T-shirt I plan to wear for the rest of the day. It is, of course, highly unusual (not to say unprofessional) for media members to wear team-related gear, but in this case I’m making an exception for a sentimental reason.

My preference for orange is well-known in F1 circles. In 1968 I raced slot cars, in particular a McLaren M7A, and wore orange T-shirts when racing – just as a mate wore red to match his Ferrari, while another was in Lotus green.

Orange has since become my trademark – it’s also practical for travel as it mixes easily with a range of colours – and hence my delight at wearing the shirt in honour of that first victory for McLaren (with the M7A) here at Spa 50 years ago. Little did I think back then that one day I’d be in the F1 paddock.

I readily confess to having felt like a 15-year-old kid again as I later walked the grid. Until, that is, FIA president Jean Todt eyed me up and down. Then I felt plain sheepish…

While at McLaren I grab a cappuccino and two Danish pastries, knowing it’s a long wait to lunch given the later starts to races this season.

I meet with a team boss, who insists their name be withheld, who confirms various discrepancies in the Force India waiver process, and provides additional information. Their prognosis is that the entire process is likely to be derailed – possibly even by the courts – and that F1 will need to start again. And that reckons without Uralkali’s demands for satisfactory answers from the administrators.

Lunch at Mercedes: apple, cranberry and walnut salad, followed by cream cheese-stuffed chicken breast, mash and stir-fried veggies, with fruit salad as dessert. I do, though, leave space for a Magnum ice cream from Williams once I return from my grid walk.

Head for grid, and once again I breathe in F1’s heady air and atmosphere as 10 teams prepare for the culmination of their weekend’s work. “Once the flag drops, the bullshit stops,” Jack Brabham once (not so) eloquently said, and mere words simply cannot do justice to the efforts of teams of up to 1,000 people all dedicated to delivering the best possible result for their individual teams.

It’s an absolute privilege to observe what are the tips of the team icebergs go about their last-minute routines, each team member as methodical as the next; each aware that the slightest slip could result in disaster (or worse). Talk about concentration.

My first post-race interview session is with Toto Wolff, who following their painful defeat to Ferrari refers to various “deficits” within his team that led to defeat.

But I must confess that I’m more intrigued by his answer, made in direct response to my question about his take on the Force India situation: “My information is from before the weekend, I am in racing mode, I’m not in investment mode. And insofar I can’t answer your question.”

Make of that what you will given that in Hungary, Wolff’s response to the same question was: “We have to wait and see who will bid for the assets. We as Mercedes are interested spectators in the process.

“We would obviously like to understand what the funding strategy going forward from a potential new buyer is, how it could affect the collaboration between the two teams. And we aren’t there yet.”

Why the sudden lack of interest when things hot up?

After that it’s time for the Toro Rosso drivers, then Guenther Steiner of Haas before I head for the FIA’s media debrief with Charlie Whiting. The latter explains how the FIA will investigate the Halo’s performance in its first ‘live’ test when Fernando Alonso went over the top of Charles Leclerc’s car in the opening seconds of the race.

Depart media centre, and head for home, 110 miles away. Last year my timing was identical, i.e. depart around two hours after the race – but obviously an hour later this year due to the later start – and my journey took almost three hours from gate to gate.

I recall the first 10 miles before reaching the motorway via detours as being frustratingly slow, with many stops of 10 minutes or more, and massive jams on the motorway shortly before Verviers. Despite using the same car for the identical route north – as taken by most Dutch fans – in identical weather conditions, the same the journey as a year ago takes a smidgen over two hours.

And no, I have no appetite once I reach home at half past nine…