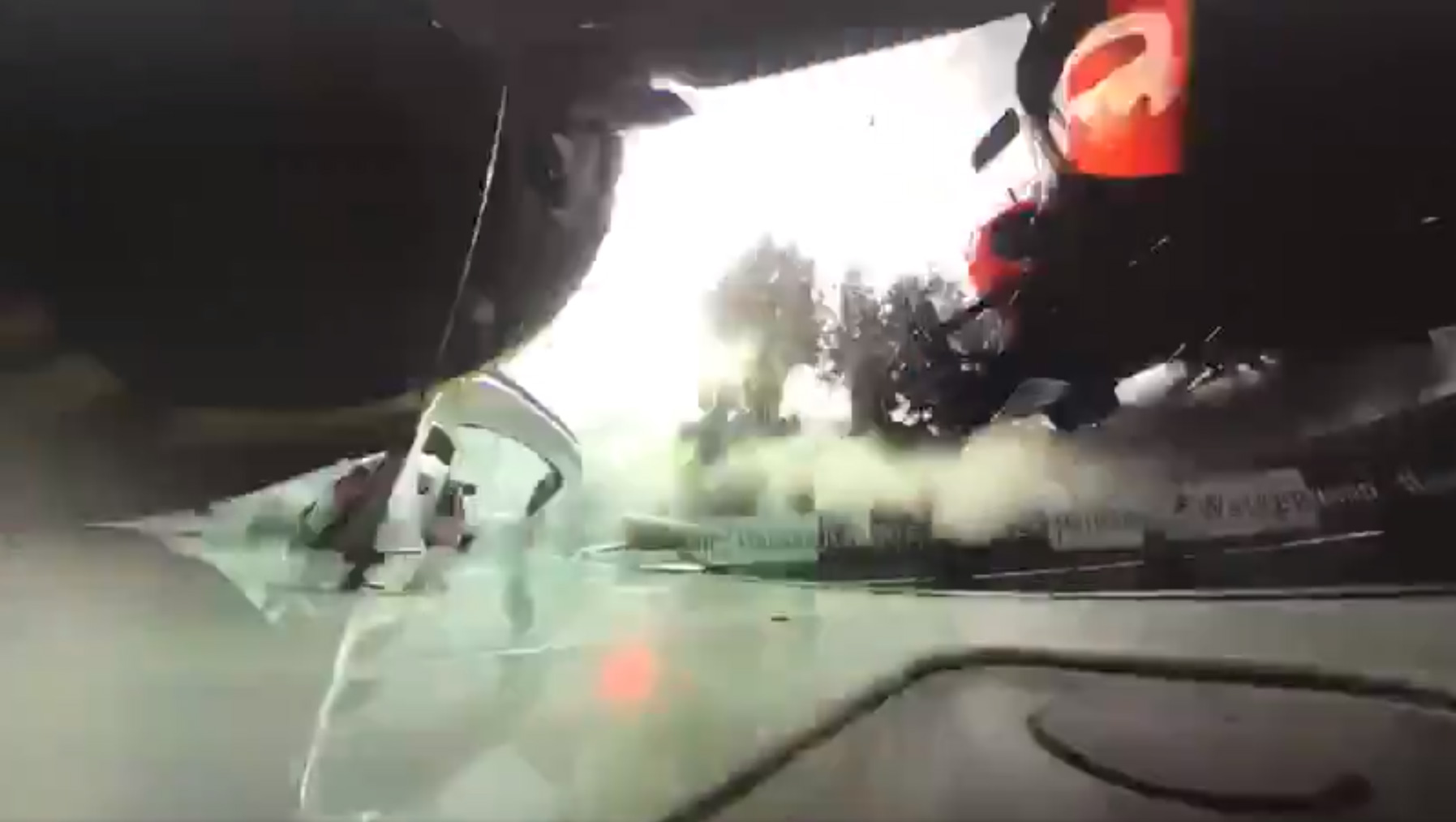 A new video released by Formula 1 has revealed more about how the Halo may have helped protect Charles Leclerc when he was hit by Fernando Alonso’s car at the start of the Belgian Grand Prix.

Alonso’s McLaren was launched onto the Sauber when he was hit from behind by Nico Hulkenberg at the La Source hairpin. The video shows Alonso’s front-right wheel struck Leclerc’s Halo as it passed over the car, breaking the Mclaren’s suspension.

Pierre Gasly, who watched a video of the crash after the race, was among those who praised how the Halo performed.

“Actually looking at the image it looked very impressive,” he said. “It wasn’t so clear, I just saw Alonso flew over Charles which is never so nice to see but everyone seemed to be fine in the end.”

Gasly’s team mate Brendon Hartley, who had a clear view of the collision, said the device has the support of drivers despite initial concerns over its appearance.

“We saw a case in [F2] as well with a tyre, [in] Barcelona,” he said. “I think the drivers in the paddock have said from day one it’s a safety device.

“Initially, visually it looked strange. I think now everyone got used to it and I don’t really blink twice when I see it on the cars. I guess it’s like any change in Formula 1, visually you get used to it but it’s very clear why it’s there and today it did its job.”

FIA race director Charlie Whiting said the sport’s governing body is studying how significant the Halo was in protecting Leclerc during the crash. “It doesn’t take much imagination to think that the tyre marks [on the Halo] could have actually been on Charles’s head [helmet],” he said.