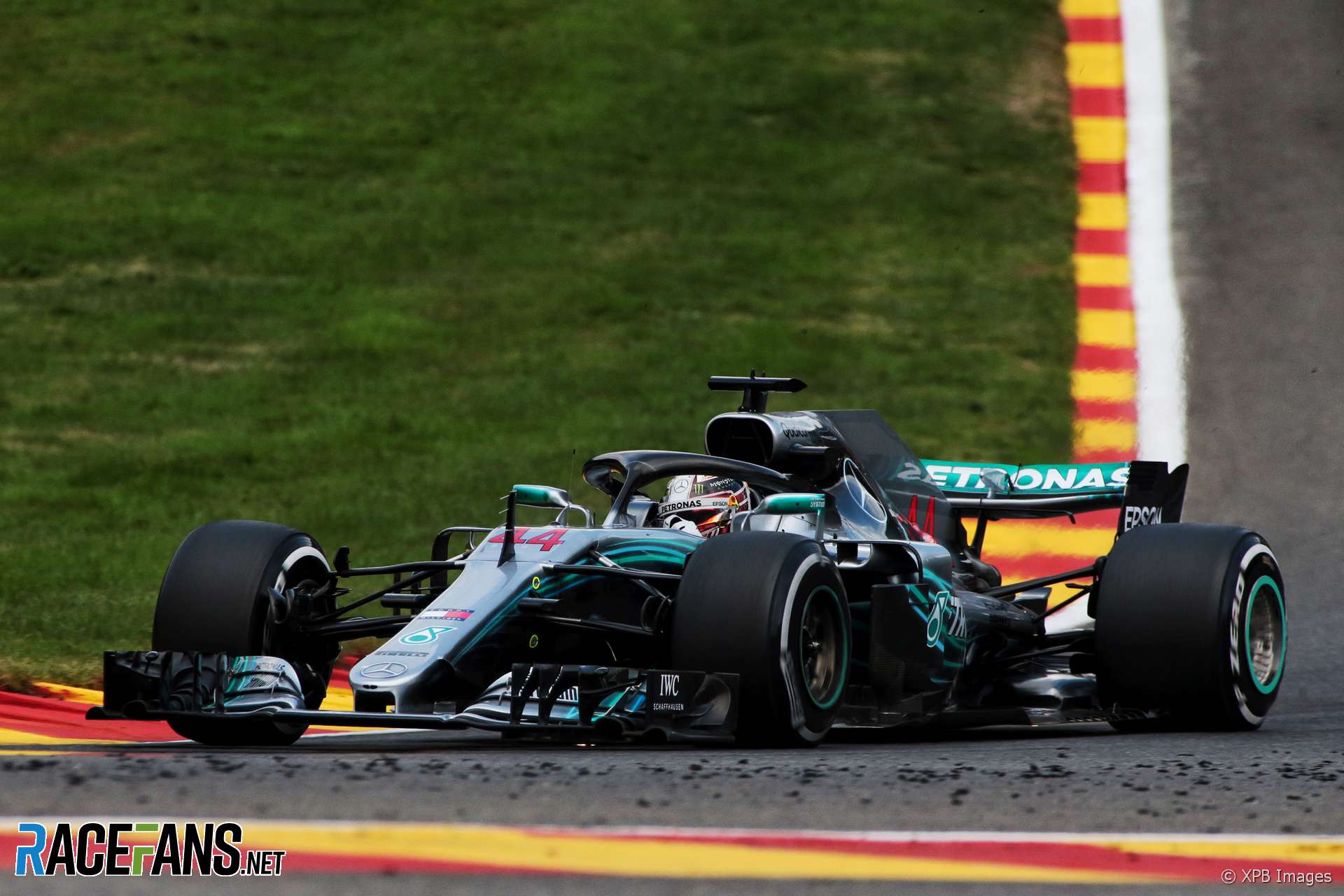 The team believes a combination of Ferrari’s superior engine performance and its weakness in slow-speed corners compromised its race weekend in Belgium. Hamilton said this suggests Monza won’t be as tough for them.

“Luckily there, apart from turn one, it’s not that slow the chicanes. I’m hoping the traction loss we were having in the super-slow corners [at Spa], hopefully it won’t be as bad there.”

Mercedes’ poor traction in the slower corners at Spa was their biggest weakness, said Hamilton.

“The last two corners and turn one are where we lose a lot of time, and I think most of our time to be honest. But also today [Sebastian Vettel] didn’t have to do any management. He was just flat-chat, no problem with the tyres. Hopefully that element’s not a problem in the next race.”

“The last [race] where we have been quickest was Silverstone. We were really good in [Paul] Ricard and Austria. And since then Ferrari has been quicker in Hockenheim, you can say Budapest was no surprise, Spa was always a bit of a tricky one for us in the past as well.

“Monza was a good one so I’m very curious to see how it’s going to go in Monza. Last year we were very much in control of the whole weekend, Ferrari had their worst weekend of the season performance-wise.”

Wolff added he’s “not worried” about their position in the championship fight. “I think we should still address the opportunities that exist within our car where we need to optimise and only that will make us win the championship.”

50 comments on “Hamilton: Monza won’t be as tough as Spa for Mercedes”