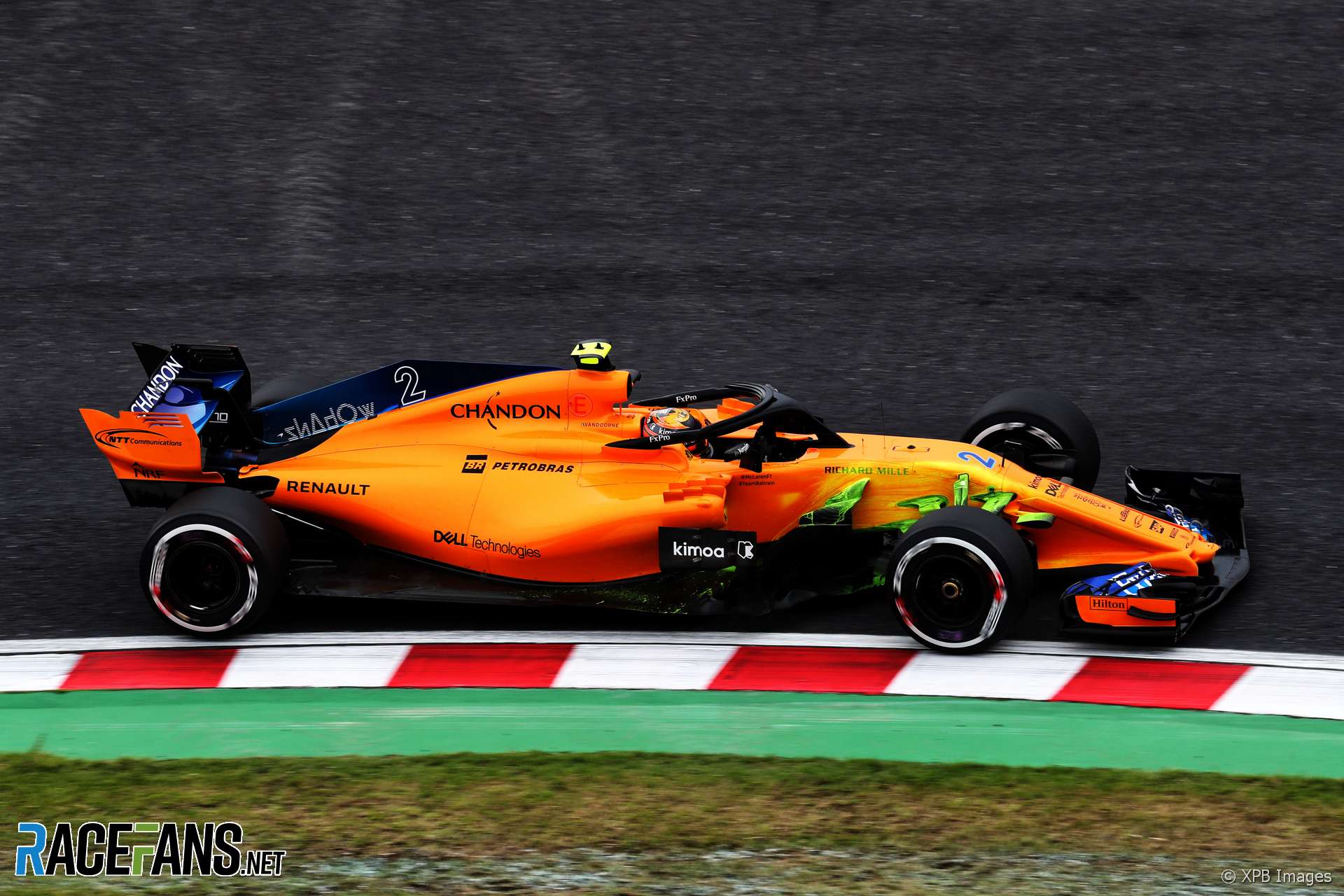 McLaren has admitted its unusual selection of tyres for the Japanese Grand Prix was a mistake but insisted it was a deliberate choice.

The team selected four sets of medium tyres for each car – twice as many as any other team – and the same number of super-softs, the fewest of any team.

Sporting director Gil de Ferran explained the reasons behind their choice in response to a question from RaceFans.

“There was a general understanding that our car was working better with harder compounds,” he said. “Particularly on this type of track with very high Gs and a lot of sequences of corners [we thought] it would be a more suitable choice.

“I think quite frankly as it transpires we got it wrong. We’ve been spending the whole weekend trying to deal with a non-optimal choice that we’ve made. And that’s all there is to it really.”

However de Ferran rejected claims McLaren had failed to submit it selection in time and had therefore been assigned its tyre quantities by Pirelli.

“It was a deliberate selection,” he insisted. “It was not – I read something in the press – that we forgot maybe the choice and therefore got a default choice from Pirelli, that’s not true.”

The team’s tyre choice meant they did not run the super-soft tyres before qualifying began. They qualified 18th and 19th with only Marcus Ericsson, who crashed his Sauber, behind them.

However Stoffel Vandoorne does not believe their selection compromised their preparation for qualifying. “I don’t think it changes the result today dramatically,” he said.

“Maybe it was not the perfect build-up towards the qualifying session but with the performance we’ve had this event I don’t think it actually would have changed the outcome. With the amount of tyres we have available for tomorrow if for some reason it’s very hot and the blistering starts to become apparent than maybe it’s a good thing.”

20 comments on “McLaren admits its Suzuka tyre selection was “wrong””