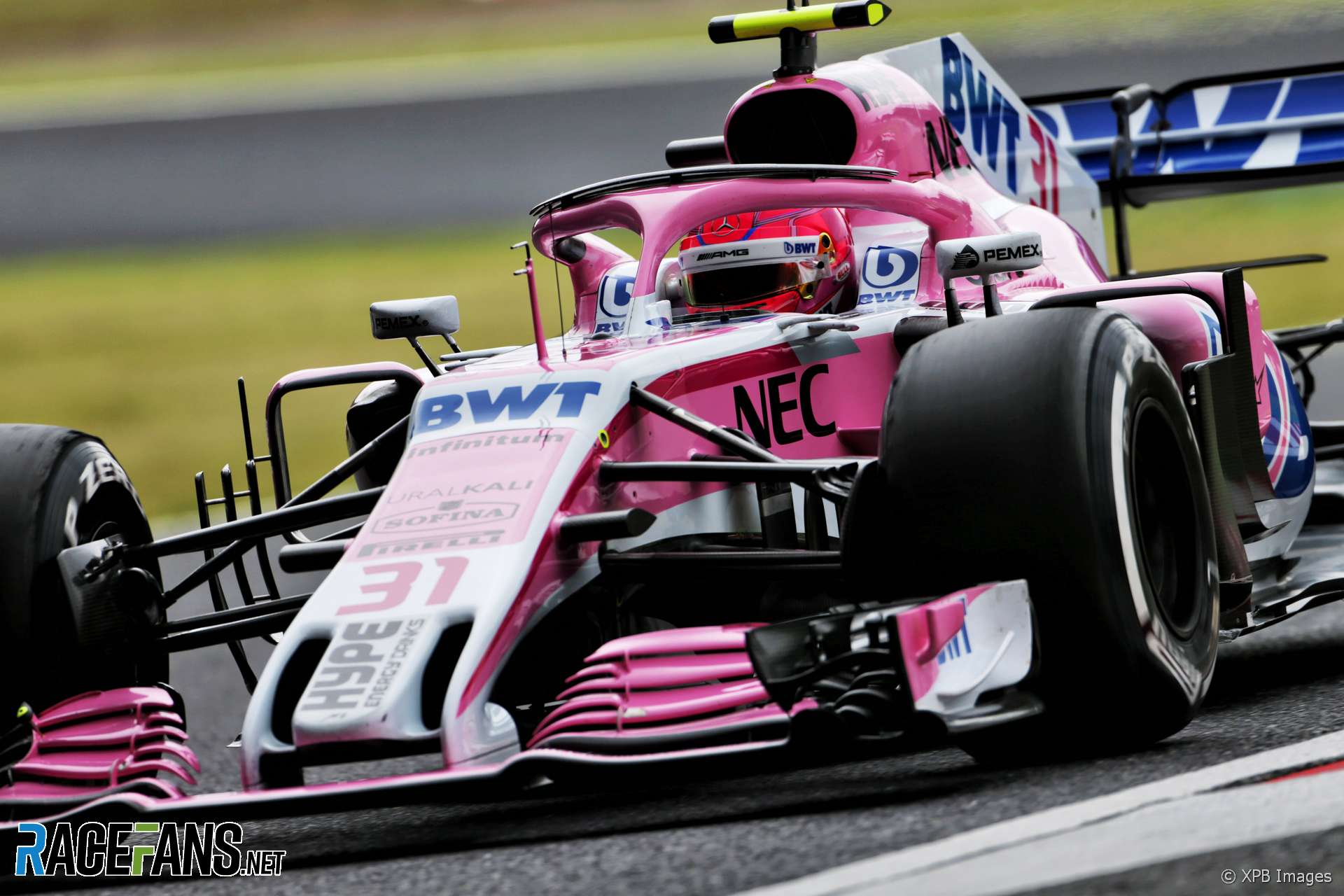 Esteban Ocon has been given a three-place penalty for the Japanese Grand Prix for failing to slow sufficient for red flags.

The stewards found the Force India driver did reduce his speed as required but then increased it when he became confused by some beeps he heard on his car’s radio.

“The driver informed the stewards, and the telemetry showed, that he had slowed down for the red flags,” the stewards noted.

“However, after Turn 4, he heard some beeps on his radio that suggested that he was too slow and sped up briefly to regularize his speed. In doing so, he briefly exceeded the delta by a maximum of -1.68 over three mini sectors. As a result, he had failed to maintain the speed delta required under the regulations resulting in an infringement.

“He acknowledged the infringement and attributed it to the confusion caused by the beeps and the system currently being used by the team in such situations. In the end, given the importance of observance of the speed restrictions while red flags are being shown and recognising the limited extent of the breach, we decided to impose the above penalty.”

Ocon was also given two penalty points on his licences, his first of the current 12-month period.

The penalty drops Ocon to 11th on the grid and promotes Sebastian Vettel to eighth position ahead of Sergio Perez and Charles Leclerc.