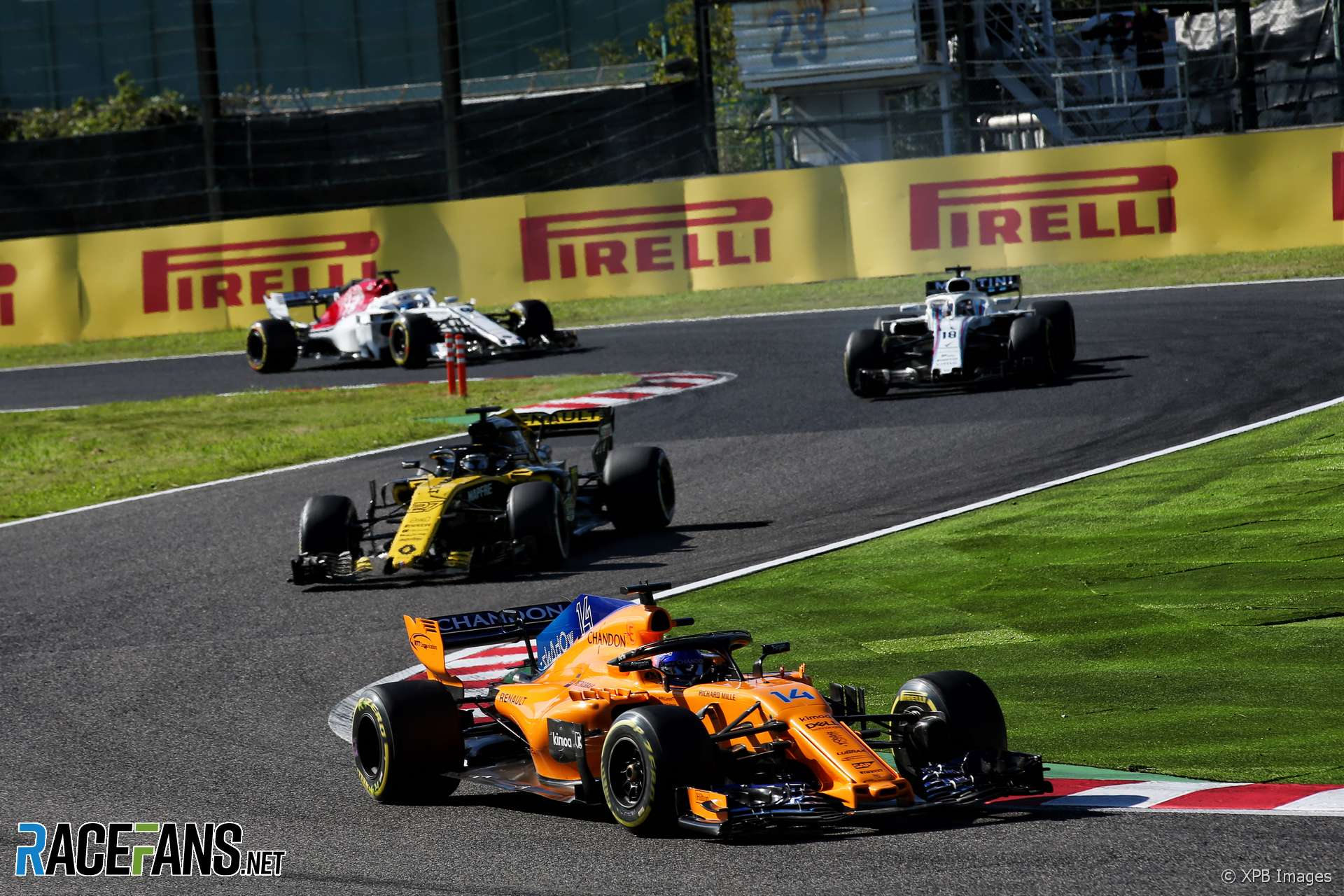 Fernando Alonso would have avoided a penalty for cutting the chicane if he had given his position back to Lance Stroll, according to FIA race director Charlie Whiting.

The McLaren driver sharply criticised his five-second penalty for the incident after being forced off the track by Stroll. In Whiting’s opinion, the stewards suspected Alonso was trying to use the collision as an excuse for cutting the track.

“The stewards felt that it was perfectly clear what Fernando did,” said Whiting. “He cut the chicane, drove quickly across the gravel, came on way in front.

“I think that was pretty clear that he had gained an advantage by leaving the track. The stewards, however, felt that Stroll had actually forced Fernando off, so you could say that because Fernando was forced off he was entitled to cut the chicane – he wasn’t.

“He shouldn’t have taken a place by doing it but equally Stroll shouldn’t have pushed him off the track. So they felt that each driver should get a five-second penalty for two separate offences.”

Whiting clarified that Alonso could have avoided his penalty by giving the position he gained back to Stroll, although this would not have affected the latter’s penalty. Alonso also avoided a second penalty for a similar offence later in the race.

“I think the second time he did it he did give the place back, to Brendon Hartley, but he didn’t on [the first] occasion.”

Valtteri Bottas also cut the chicane while under pressure from Max Verstappen. A frustrated Verstappen, who was given a five-second penalty for a collision with Kimi Raikkonen at the chicane, later said he would make a point of also cutting the chicane in similar circumstances again.

“That’s quite a silly thing to say,” responded Whiting. “It was quite clear that Valtteri locked up, made a mistake. We looked at the mini-sector time and he lost half a second to Max.

“He wasn’t being threatened, it’s not as if he cut the corner and stayed in front by virtue of cutting the chicane, it was just a mistake.”

Alonso finished fourteenth, calling the decision by the stewards evidence of ‘just how bad F1 is.’ Bottas finished ahead of Verstappen, in Mercedes’ 44th 1-2 podium finish.

14 comments on “Alonso ‘should have given place back to Stroll’”