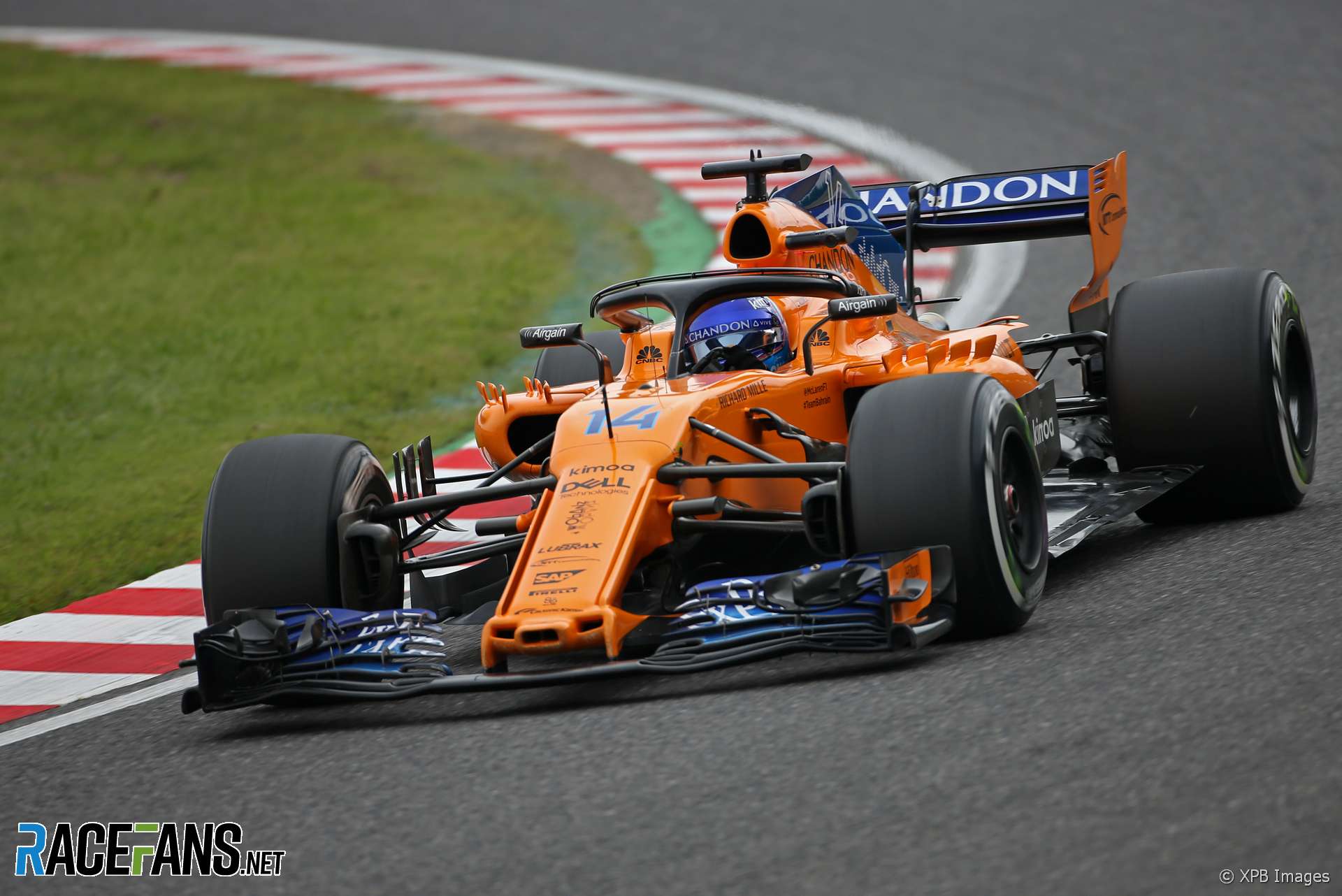 He and the Williams driver were penalised for the collision between the pair at the chicane. Stroll apologised to Alonso after the race but the McLaren driver was unhappy by the stewards’ response to the incident.

“It just shows how bad Formula One is,” said Alonso. “You are braking on the outside of the last corner, one guy doesn’t see you, he comes to apologise, you go in the gravel and you get a penalty. So, it’s a shame.”

Alonso stressed it was “just the decisions” that infuriated him. “He didn’t see me. If he saw me and said ‘I’m going to put you in the grass’ it’s another thing but the stewards are an unfortunate situation in a race situation.

“It doesn’t change much because instead of 14th maybe you finish 12th but you know, it’s the way it is.”

Stroll described their collision between the pair as a racing incident. “Just racing. Around 130R, coming back, first lap stuff – made a bit of contact and that was that. He went straight, I defended – typical stuff on the first lap.”

Asked why he apologised to Alonso, Stroll said: “I just wanted to say no hard feelings about the first lap – things got heated and we both got penalties.”

Stroll said his race was ruined from that point. “Obviously I got a five second penalty and there was a lot of wear on the tyres, we thought the mediums would go a lot longer. As I say, just a bad race.”

11 comments on “Alonso: Stroll clash penalty “shows how bad Formula One is””