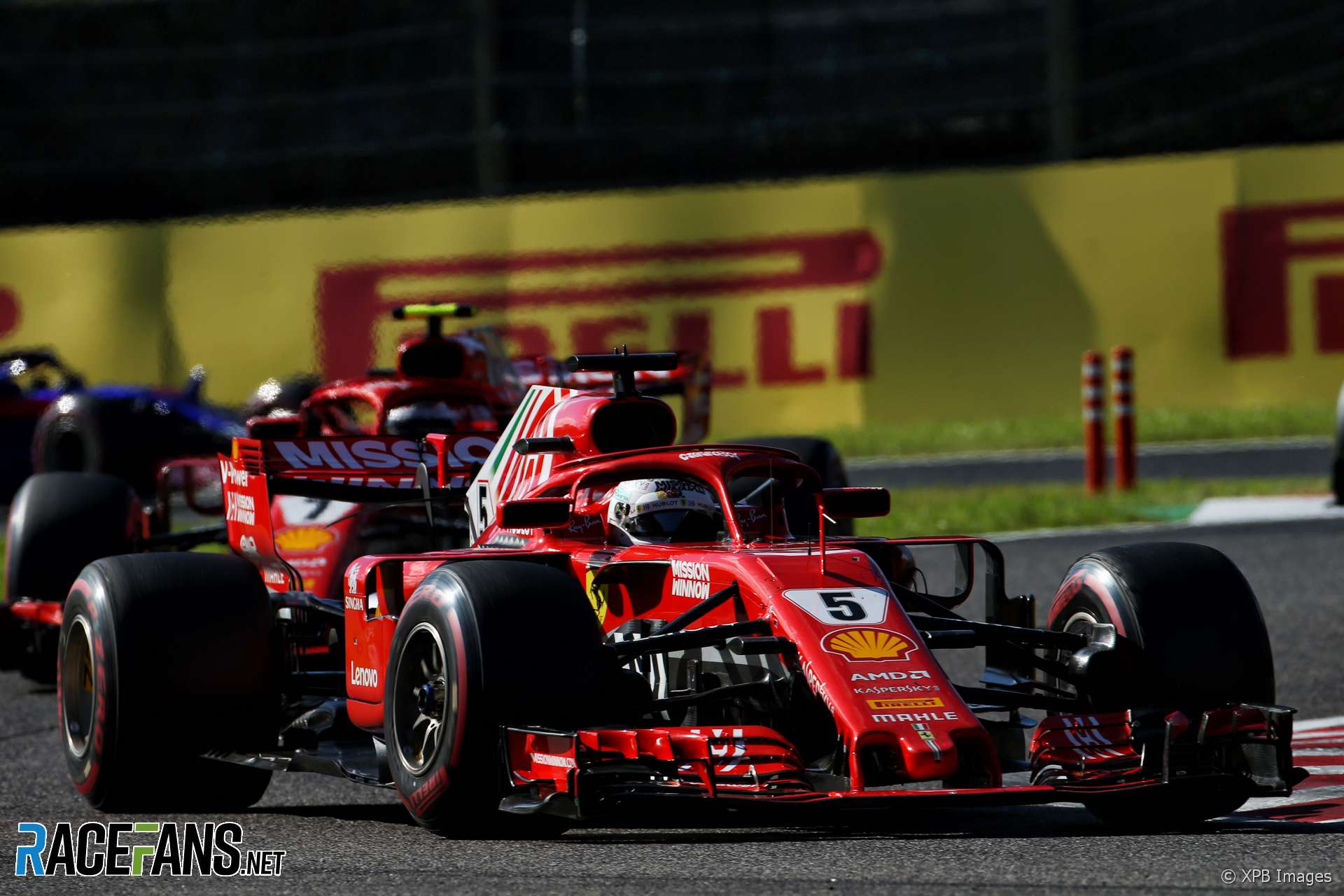 “I’m not sure it’s a mistake with him,” said Wolff. “He recovered well from his starting position and was running a solid fourth at that stage.

“As a race driver you need to go for it or not and the door looked open and he gave it a go and then there was a race incident that caused him to drop all the way back.”

The collision between the pair was the latest in a series of setbacks which have blunted Vettel’s championship challenge and left Lewis Hamilton on the brink of clinching a fifth title.

Despite having both titles in sight, Wolff stressed it is important for Mercedes to “stay concentrated” and take the championship “race weekend by race weekend”.

“So the way we’ve approached things is to take it race weekend by race weekend and to try to maximise the car for every weekend and then really take it as an ambitious target to perform at all tracks and in all conditions and to take every single race weekend as a new championship from Friday and this has worked so far, apart from Spa.”

While Ferrari has suffered a downturn in recent races, Wolff says the team will not be distracted by watching its rival.

“They had a very strong Spa weekend and we didn’t perform as per the expectations we have of ourselves and since then we’ve continued to try to optimise our package and do the best possible job on the car and in the car with the drivers and that has proven to be the right tactic.

“None of us is looking at where Ferrari is, it’s not where the energy goes it’s just lining up weekends and then hopefully we’ll be in the situation where we’ve won. ”

Mercedes lead the constructors’ championship by 78 points, with 536 to Ferrari’s 460 and Hamilton has a 67 point lead on Vettel in the drivers’ championship, with 331 points to his rival’s 264.