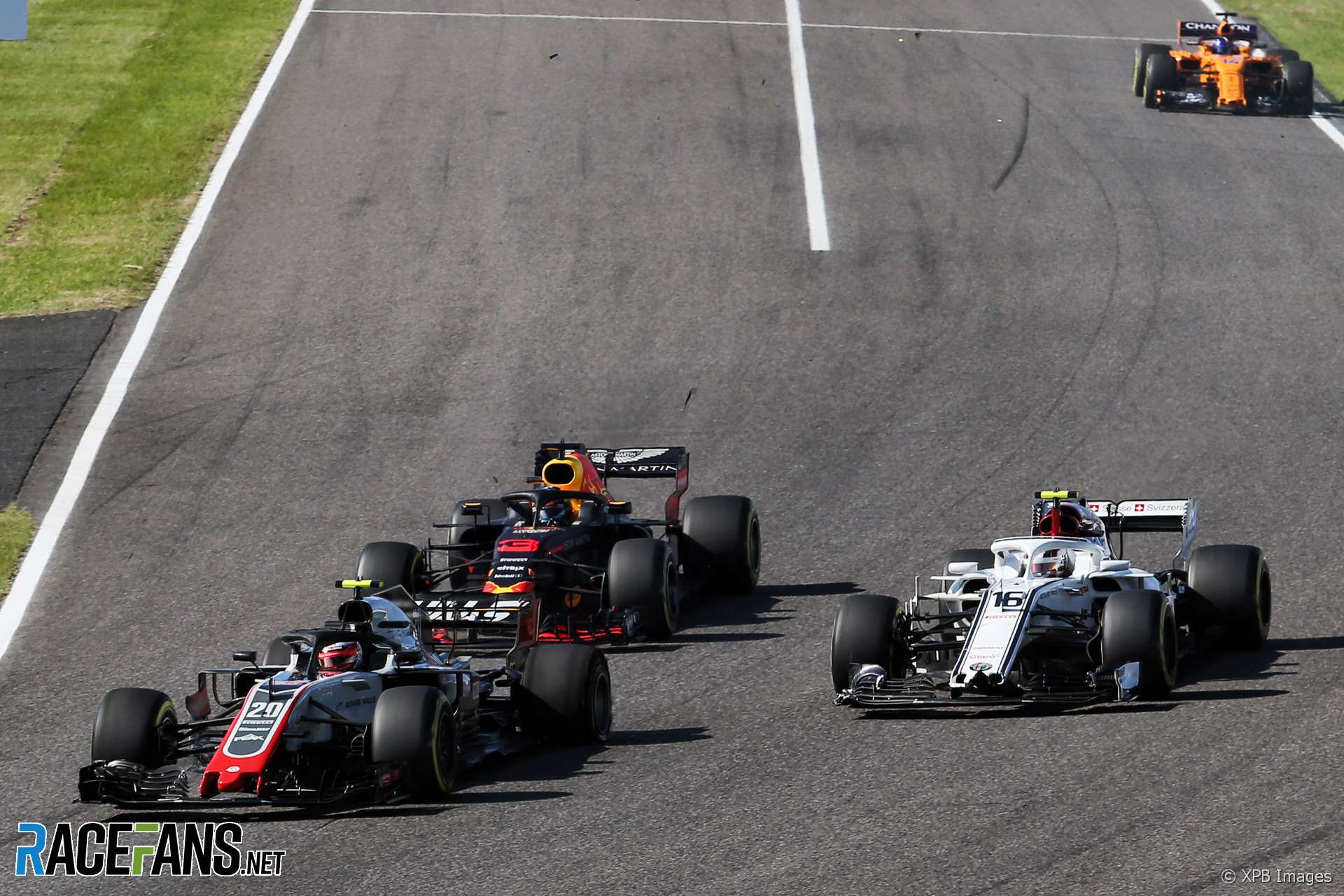 In the round-up: Haas team principal Guenther Steiner says he is fed up of Kevin Magnussen’s rivals complaining about his driving.

Steiner was responding to Charles Leclerc describing Magnussen as “stupid” following their collision at Suzuka:

Kevin didn’t brake, he didn’t push him off or anything. I mean Kevin just moved over to his line, [Leclerc] ran into him, what can he do, just let him by?

It’s more of the same again and I’m getting quite tired of this.

I am so very grateful for being able to experience this, to live my dream and to have such a strong team behind and around me – that title is because of and for them! #WhatATeam @prema_team @theodoreracing1 pic.twitter.com/zwYGmaNi31

My favourite stewards decision of the year – maybe ever. Clerk of course gets written reprimand for chequered flag error in Euro F3 Race 1. #bunglingofficials

"Alonso and Buemi initially qualified their car in second position after the number seven Toyota TS050 driven by Jose Maria Lopez and Kamui Kobayashi set the fastest combined time of 1'23.437s. Lopez exceeded the pit lane speed limit during the session and his lap times were deleted meaning that they dropped to the back of the field. This elevated the number eight car to a third pole position of the 2018 FIA WEC Super Season."

Ocon a contender to partner Russell at Williams (Sky)

"Of course Esteban is in the mix. We would be crazy not to be looking at him."

Massa: V8s not as good as current F1 engines (Autosport)

"But the engine, while it is much more fun because there is more noise, there is much less power. So the engine that we have now is a lot more aggressive and more powerful than this old car."

Romain Grosjean does deserve to stay in F1 next year, says Ben:

Grosjean may have made much more serious mistakes than Magnussen, but I still think he’s overall the quicker driver.

He’s in my opinion had as many great performances as Magnussen now. Can’t say he’s had a better season because of the level of mistakes he has made though. But since his turnaround, he’s easily good enough to deserve to stay in F1.

I would have rated him last at the mid-season, but in the majority of the races since, he’s been excellent. And not every race in the first half was actually bad. Despite nor qualifying as well or having as good a start, in Australia, he looked as quick as Magnussen, possibly a bit faster.

For a team like Haas that is steadily improving, I think he’s an ideal driver for them given he’s been with them since they entered F1.

55 comments on “Steiner “tired” of complaints from Magnussen’s rivals”